Aussie prankster Adrian Gruszka (Adrian Gee) stormed out of a televised interview with Today Tonight after they confronted him in an ambush.

Staged pranks are commonplace amongst the top prank channels. Top YouTube pranksters and pick-up artists are known ramp up the sex and drama with hired “police cars” and hot actresses.

Adrian recently had a lot of international press attention for his latest YouTube “social experiment”.

In the video, he posed as a blind man and tested the “honesty” of pedestrians by utilizing money.

He did many international interviews, and pretended to be “shocked and appalled” at the people who stole the money.

An actor Adrian hired spoke out to Today Tonight. “I’m one of the actors.” 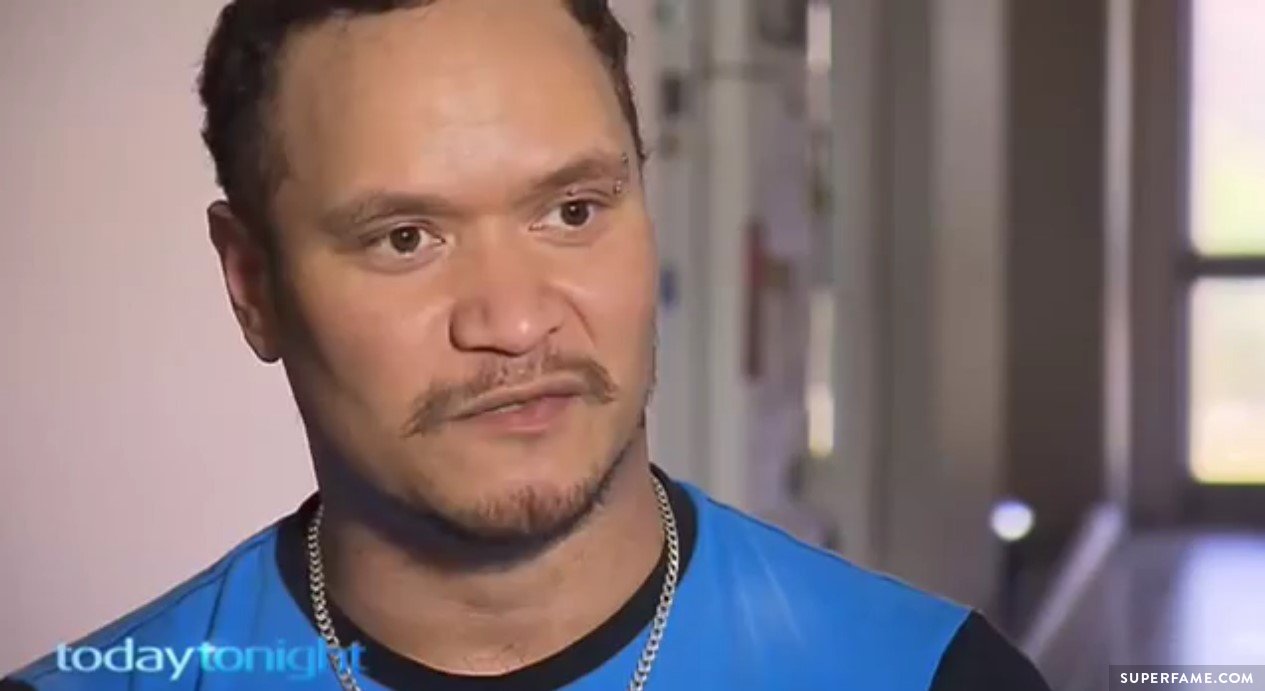 Here he is in the video, pretending to steal the 50 dollars. 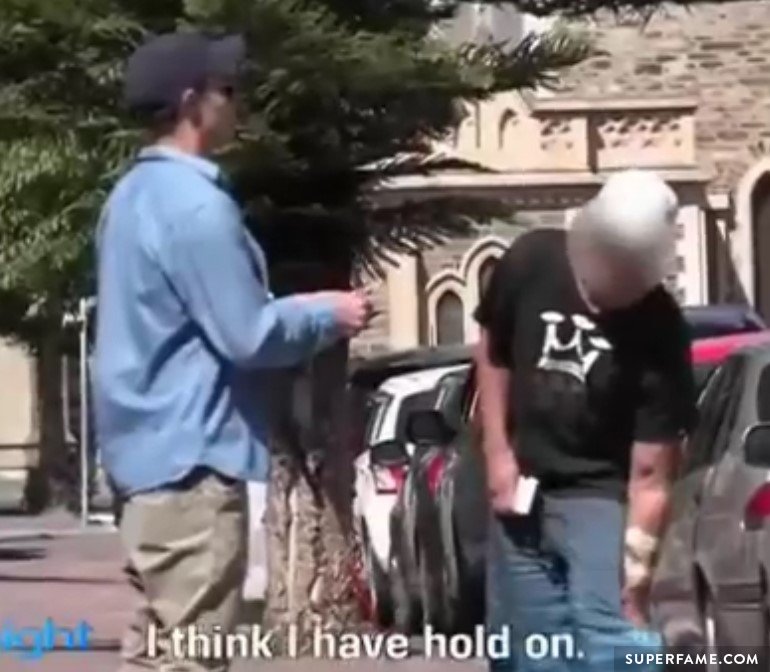 “He approached me via email on StarNow. He asked me to go to do a social experiment. I’m new in the town, so it was the first ever thing I have ever done. So I decided to do it.” 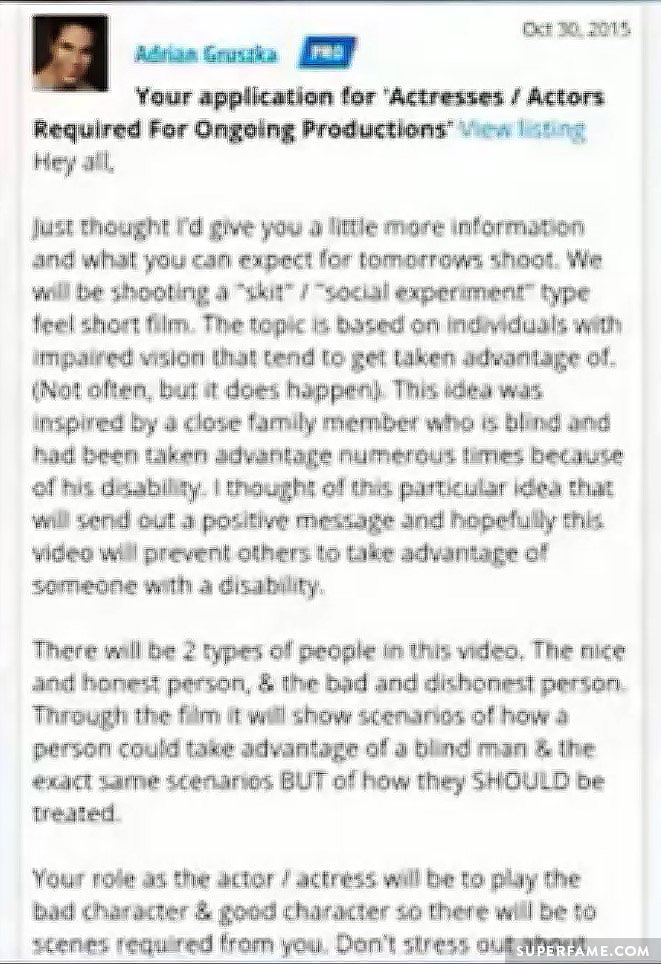 “When I got there, he told me I was going to play a bad guy. You’re going to steal my money. I did it in 10 minutes and went.”

It was also revealed that EVERYBODY in his video was an actor listed on StarNow – including the “nice” people. 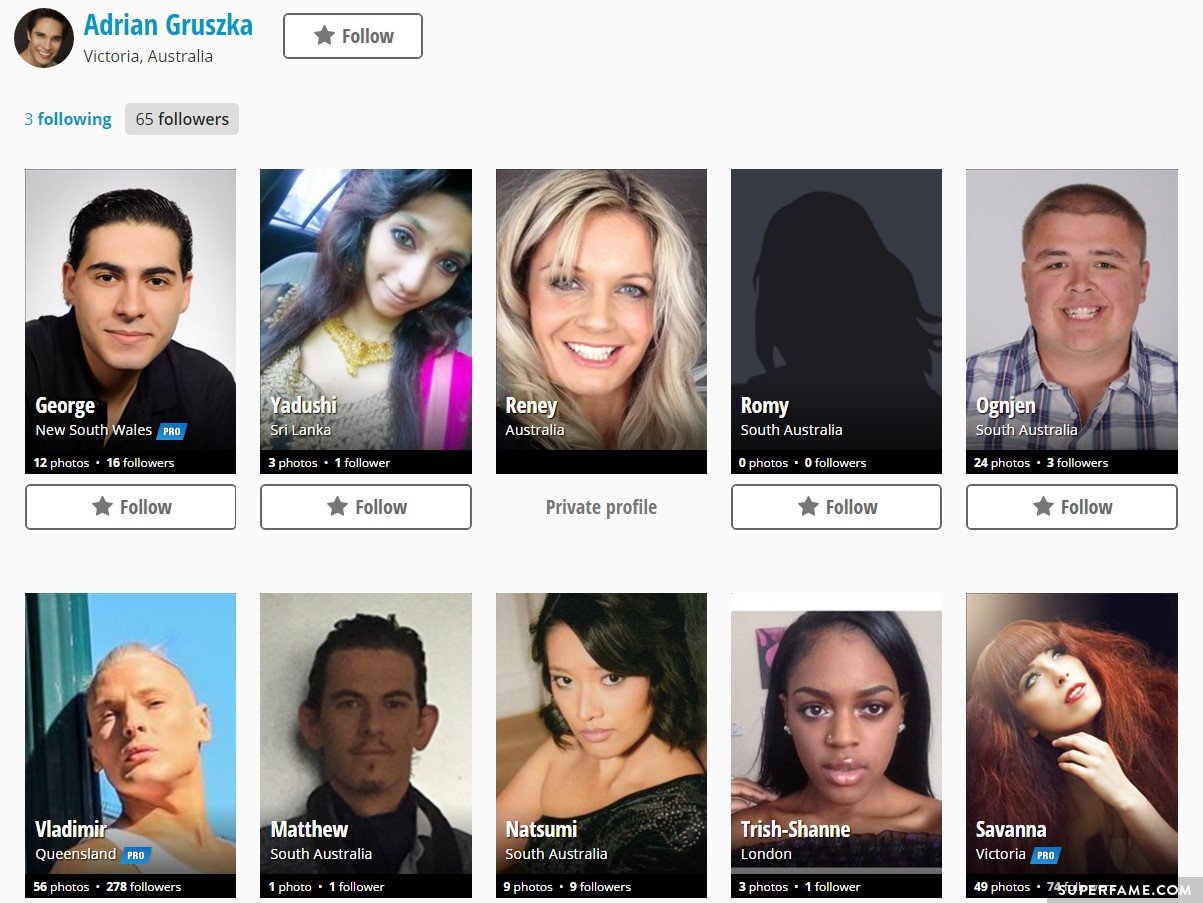 Some actors even listed his video (and the subsequent coverage) in their resumes. 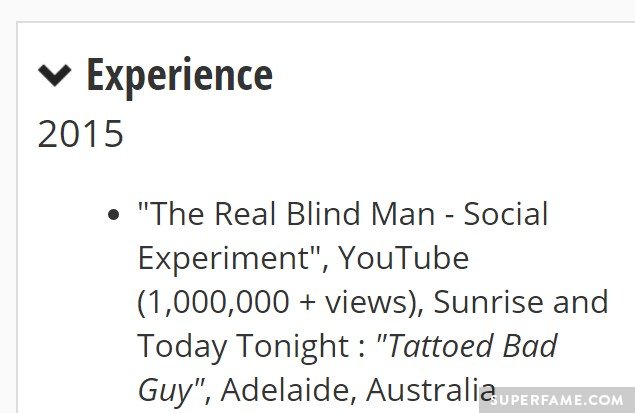 The Actor Revealed How the Video Impacted His Life

The actor that spoke out mentioned that he had a unique and identifiable scar on his arm. 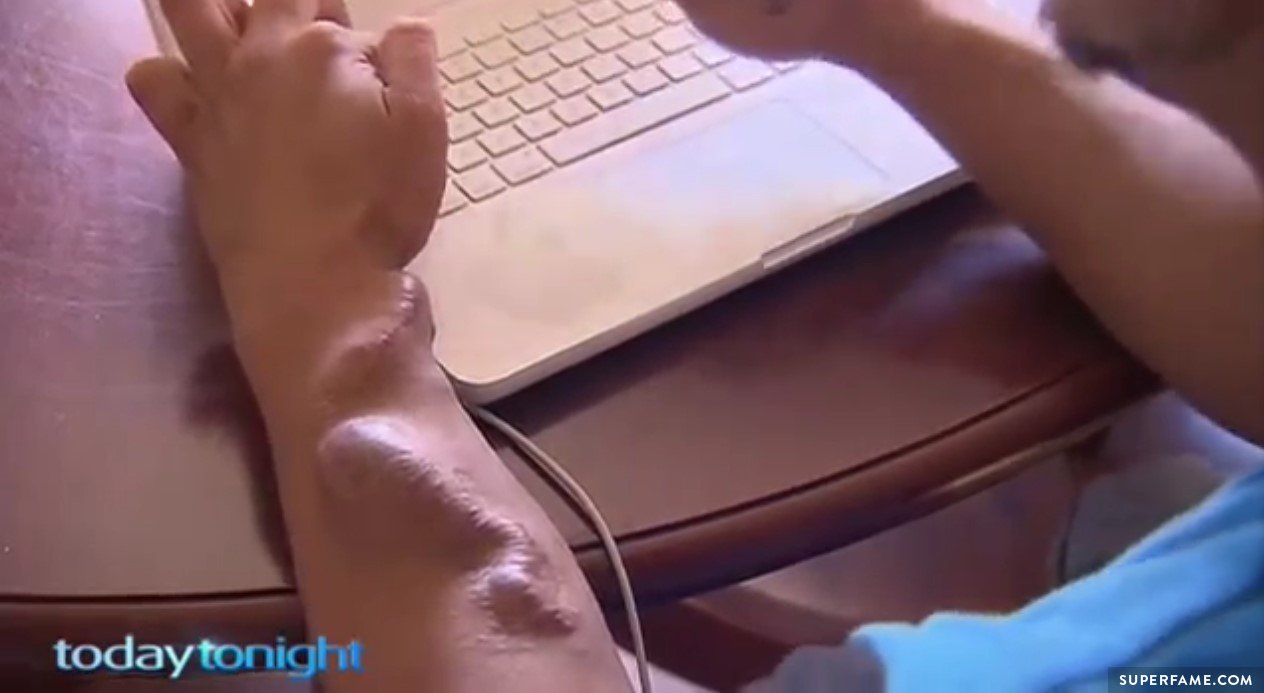 He revealed that even inter-state family members called him about the video, and accused him of being a thief.

“As soon as they saw it, they rang me up! Asked me why I did it and stuff. He portrayed me as a thief, which I am not.”

He claimed that he had no idea the video was going to be presented as “real”. “It stuffed me up. Now I have to worry about people coming out to me and abusing me because of it.”

Adrian Is Ambushed on Today Tonight, Called a Liar & a Creep

Near the end of the interview, the interviewer suddenly changed his tone. “Your whole video is a lie. Everyone in it is an actor. The thieves in your video are actors.”

Adrian denied it. “No. That is not right.” 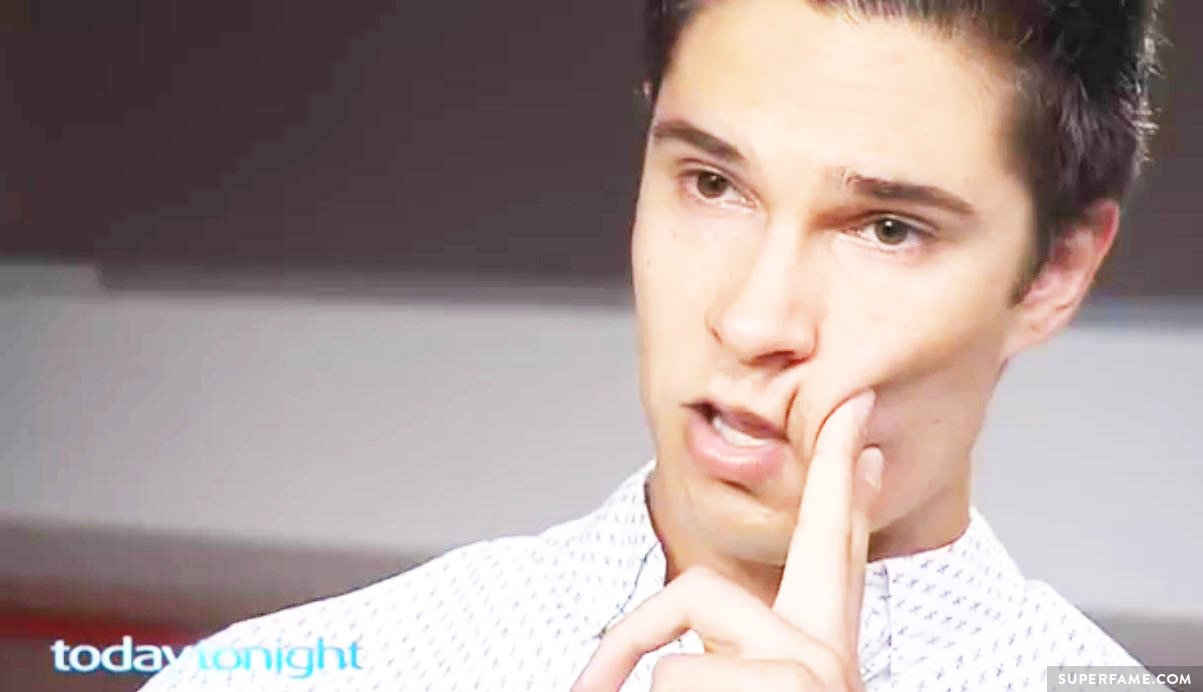 The interviewer then pulled out his receipts one by one. “You have DUPED millions of people. All your other videos… are they ALL faked? Are they all LIES? Don’t lie to me!” 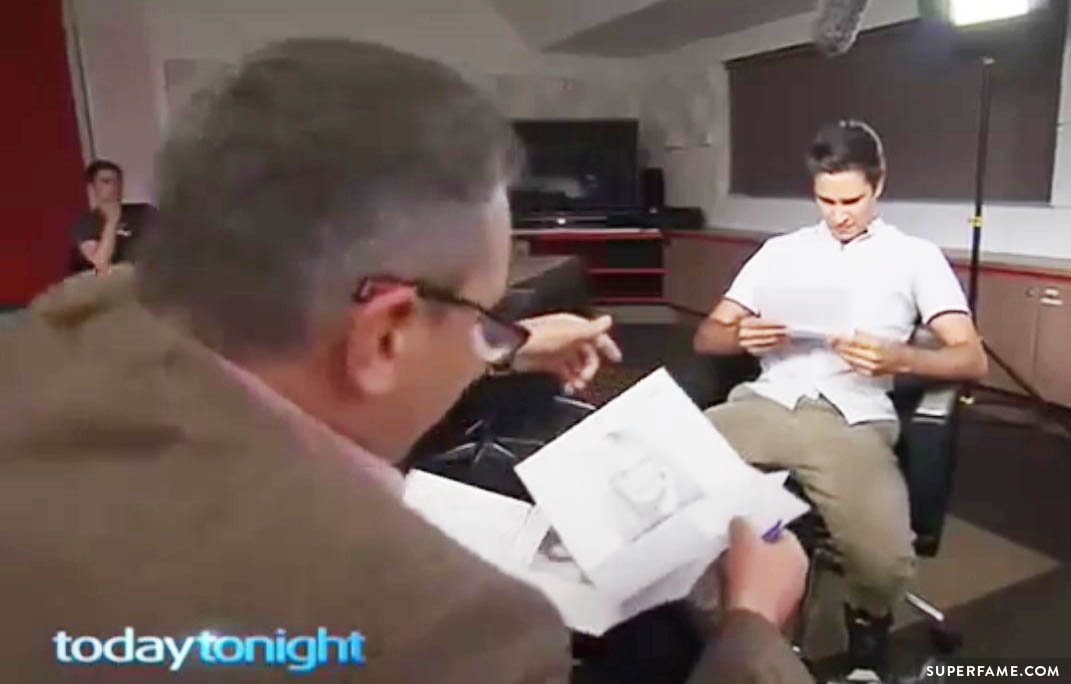 “Man, you guys are good actors,” the interviewer continued. “Did you go into an acting school, too?”

The voiceover continued. “If you think this video is disturbing, then you should see Adrian’s OTHER videos. He is quite the creep. Even if these ARE actors.”

They then showed some of his pickup videos. “That is just creepy, dude.” 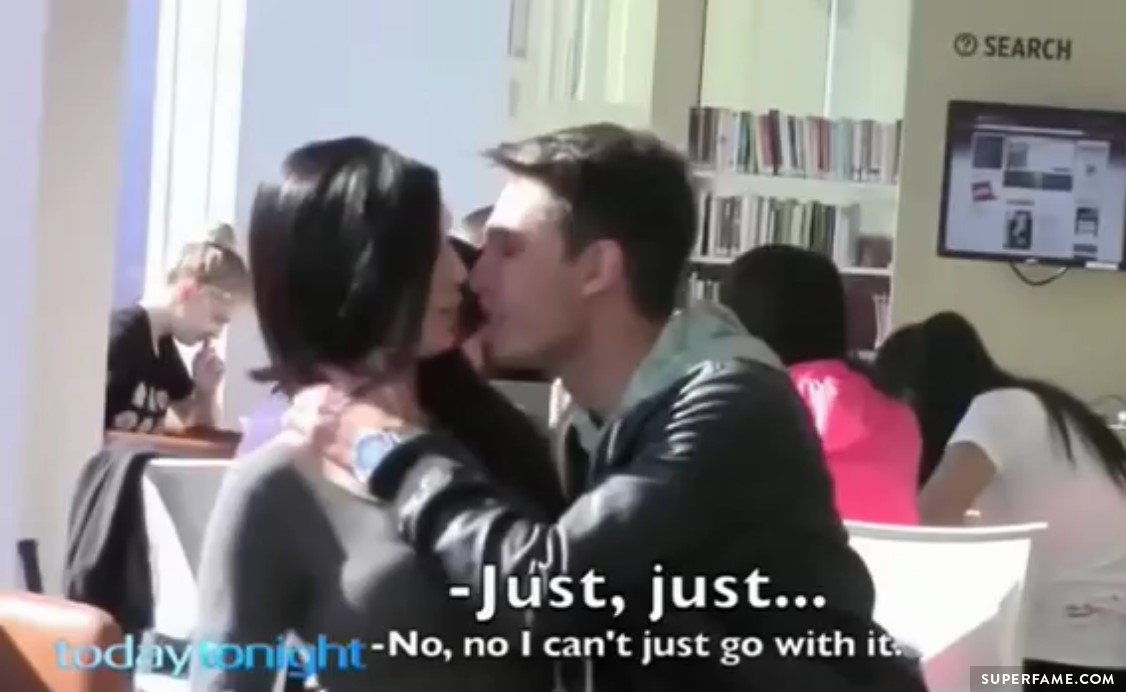 Adrian stormed out of the interview room. “I think we are done! It didn’t have to go like this.”

“Well, it did. Because you are a FAKE!” the interviewer fired back.

Cameras followed them outside. 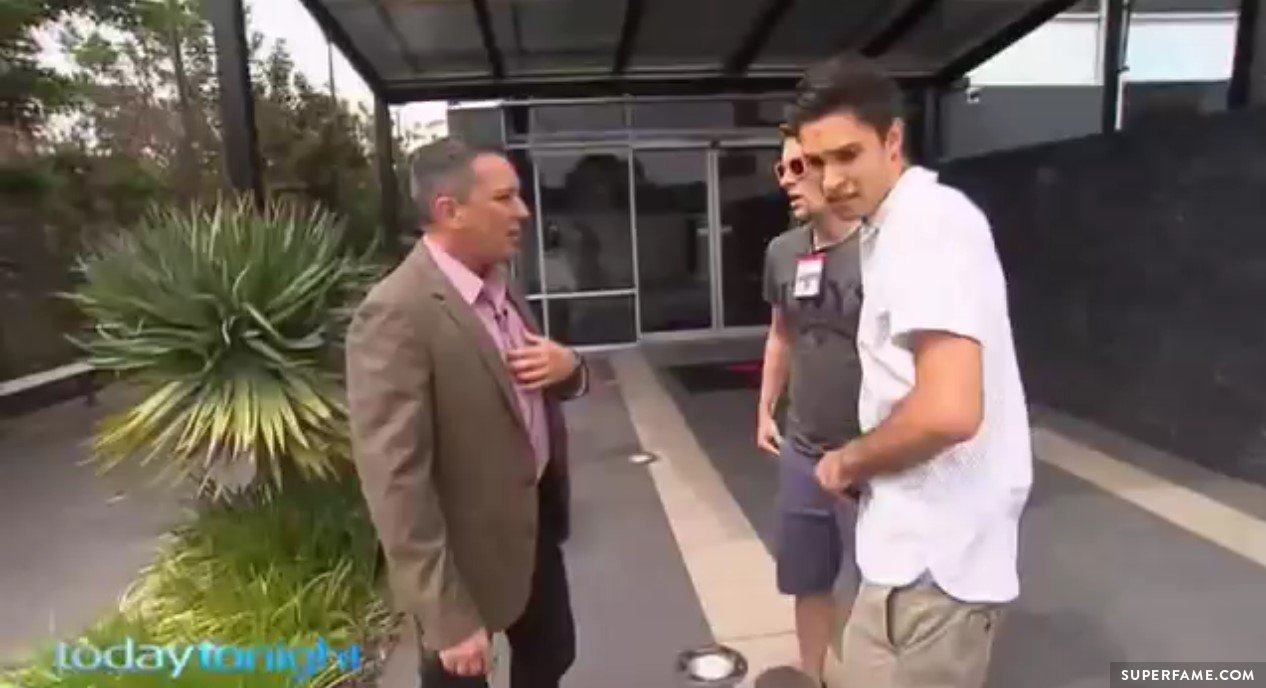 Adrian’s friend, who was accompanying him, tried to distance himself from Adrian in a bid to protect his own reputation – to the annoyance of Adrian. 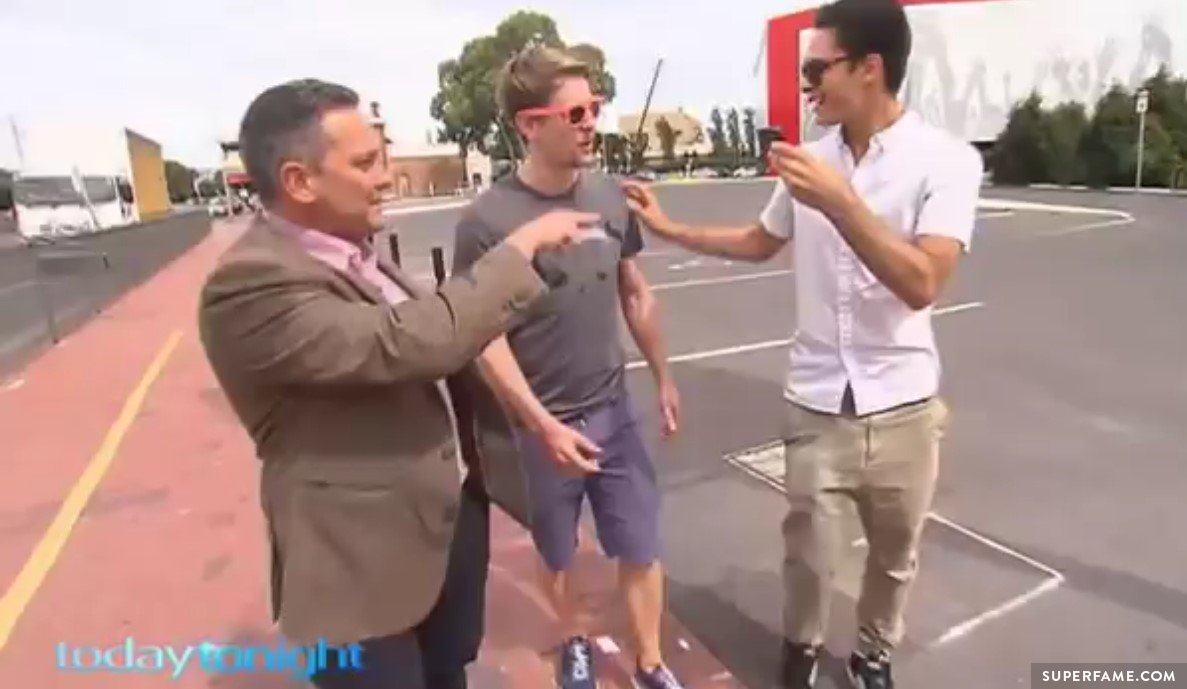 Adrian Looks on the Bright Side

Adrian looked at the positives. “Any publicity is good publicity!”

Here’s a clip from the Today Tonight interview.