Not content with the attention from his 1.2 million Vine followers, aspiring Twitter troll and sometimes-Viner Alex Ramos decided to take on ex-NBA player Maurice Ager.

Everything mostly started with Alex’s abrupt “Bruh, who are you?” tweet to Maurice. 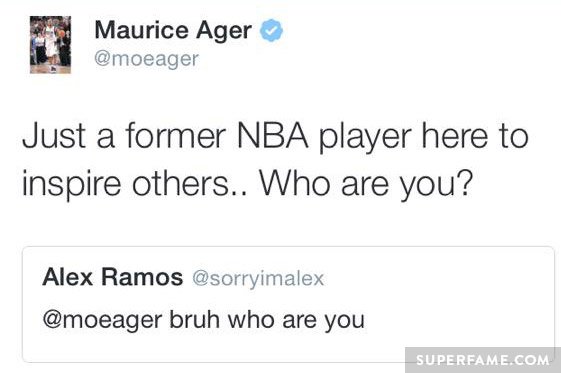 “Stop following and unfollowing, and go inspire someone on how to dribble a ball,” Alex angrily fired back.

Alex was referring to the Twitter practice of mass-following people using third-party Twitter tools, then unfollowing, in order to gain followers – which he was presumably accusing Maurice of doing. 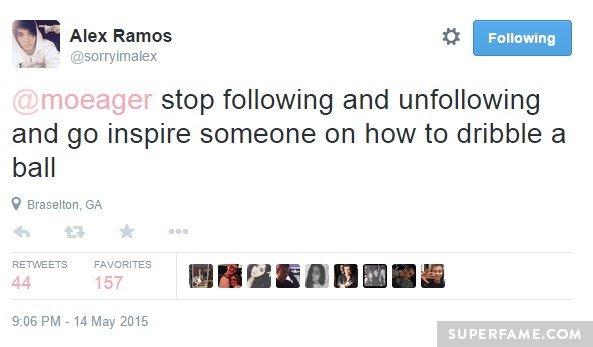 “Am I really about to fight an NBA player?” he warned his fans.

Alex then began his attack on Maurice. “I bet you never played ball in your life, see me in the court 1 Vs 1, you set the date and time!” 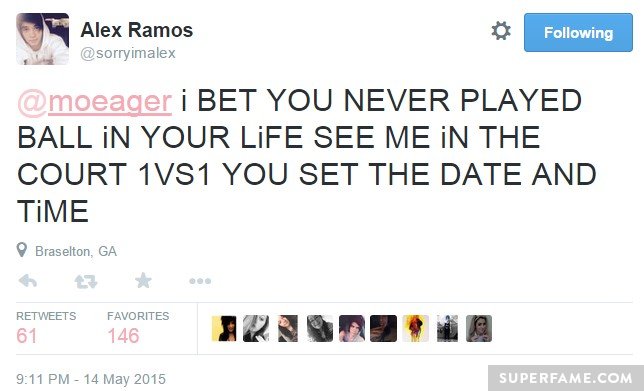 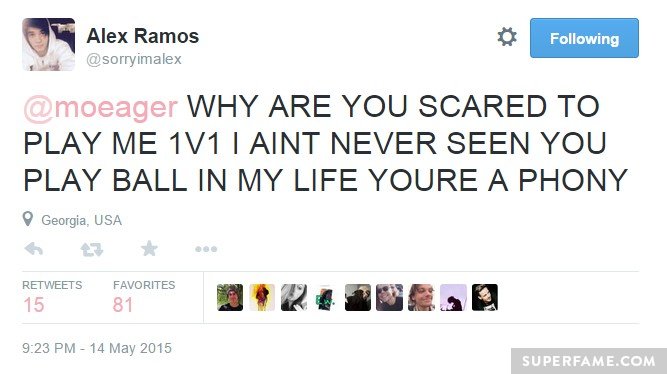 Not content with the attention, Alex continued, “Maurice Ager never played ball in his life, he scared to 1v1 me – just cause I wear tiny shirts. See me in the court!” 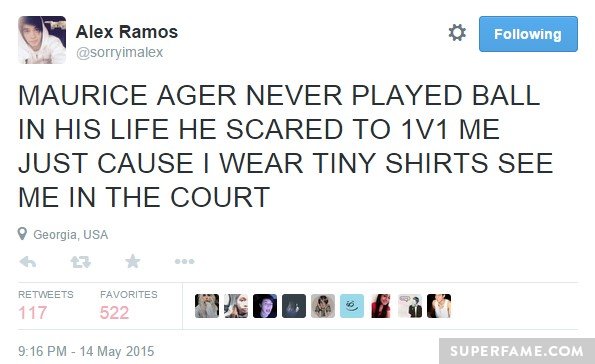 “You’re a phony!” Alex tweeted in hopes of getting Maurice’s attention.

Alex ramped it up with another troll accusation. “You paid to play ball in the NBA! We know you never played ball in your life!” 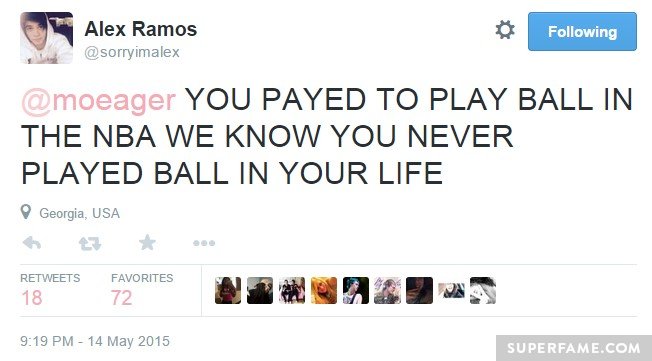 Maurice Ager Is Not Impressed

Maurice finally took the bait, after Alex barraged him with multiple all-caps expletives. 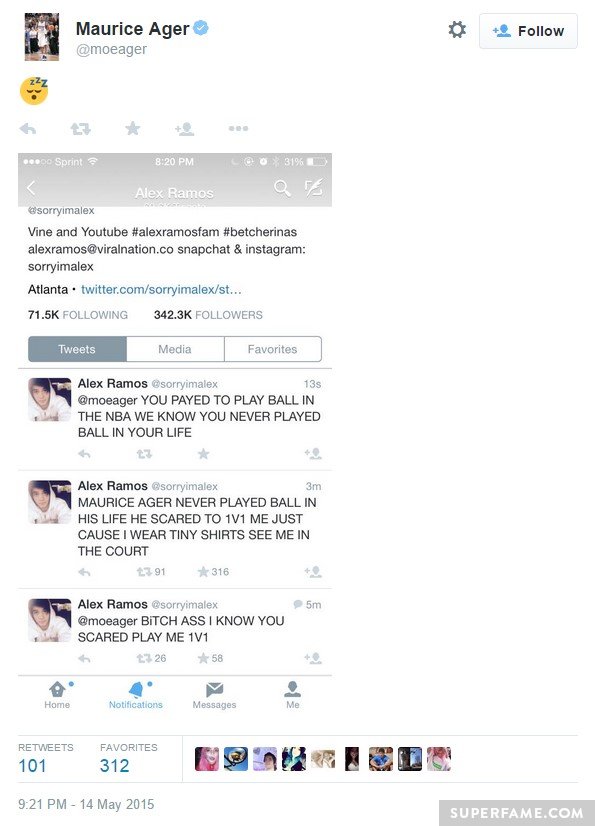 Pleased with himself, Alex also tweeted a variety of faked DMs between him and Maurice. 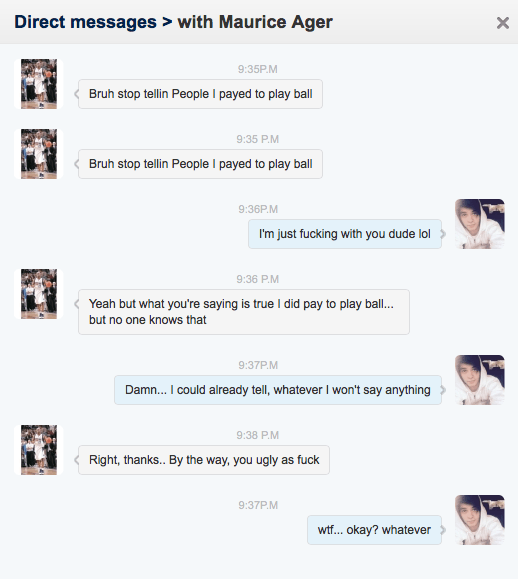 Maurice laughed off Alex’s trolling attempt. “This dude really just faked a conversation with me!” he tweeted.

It was then revealed that Alex was simply attempting to get attention – for a follow.

He was not followed.

Have you ever threatened to fight somebody in order to get a follow?