Alfie Deyes’ The Pointless Book 2 has debuted at #4 on The Official UK Top 50 chart.

According to The Bookseller, Alfie managed to sell 11,939 copies in his sequel’s debut week – down from the 15,330 debut week sales for the original Pointless Book.

It also charted at #1 on the less competitive Paperback Non-Fiction chart, which is presumably why Alfie is claiming to be #1 on Twitter.

The Pointless Book 2 was released early by Blink Publishing to coincide with the school holidays, and to avoid reduced shop hours during Easter. Blink also said they moved the release date due to “unprecedented demand”.

However, it appears they neglected to tell Alfie, who was very confused as to why his book was being sold early. 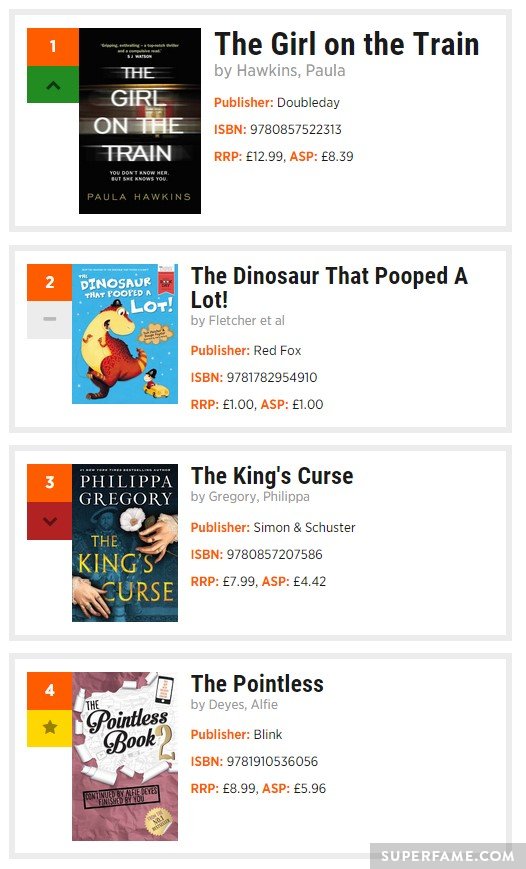 In comparison, this is lower than his fellow Gleam Futures friend Tanya Burr’s book “Love, Tanya”, which had a 15,117-copy debut week recently.

Like his first book, The Pointless Book 2 is an “activity log” similar to Keri Smith’s Wreck This Journal. It includes quirky challenges and a corresponding app.

The original Pointless Book also went on to become a record-breaking phenomenon due to its chart longevity and sales trajectory.

According to Nielsen BookScan, it has sold roughly 246,069 copies since its publication – and topped the Paperback Non-fiction chart 16 times.

In 2014, The Pointless Book was the second-highest selling non-fiction paperbook underneath The Highway Code, a book required for driving tests.