Alx James did not name any names. (Photo: Twitter / ExpoZero)

Whenever Playlist Live rolls around, there are always reports of upset fans being denied and ignored by their favorite stars.

But it appears to have gone a step further this time, with some YouTubers channeling Justin Bieber and literally spitting on their own fans.

Viner and YouTuber Alx James blasted these “spiteful” YouTubers, but declined to name any names.

“This past weekend at Playlist was not only a great weekend, but it was an extreme eye opener to the other people that work in this industry with me,” he tweeted.

“I am extremely disappointed by the vast majority of young YouTubers.”

“Some of them are the most rude, spiteful, and truly hateful people I have ever met.”

“Which is appalling considering the amazing support they get from their fans.”

“I heard some of you guys were spit on by them, denied pictures, and completely unacknowledged by some of your favorites.” 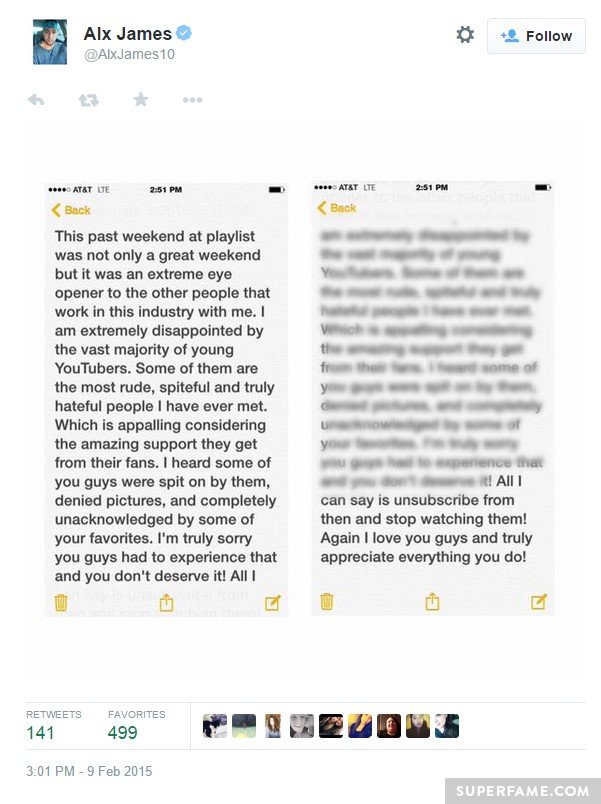 “I’m truly sorry you guys had to experience that and you don’t deserve it!”

“All I can say is unsubscribe from them and stop watching them!”

“Again, I love you guys and truly appreciate everything you do.”

When some fans questioned if he was being literal, Alx clarified that he was. “They literally spit on them,” he confirmed. 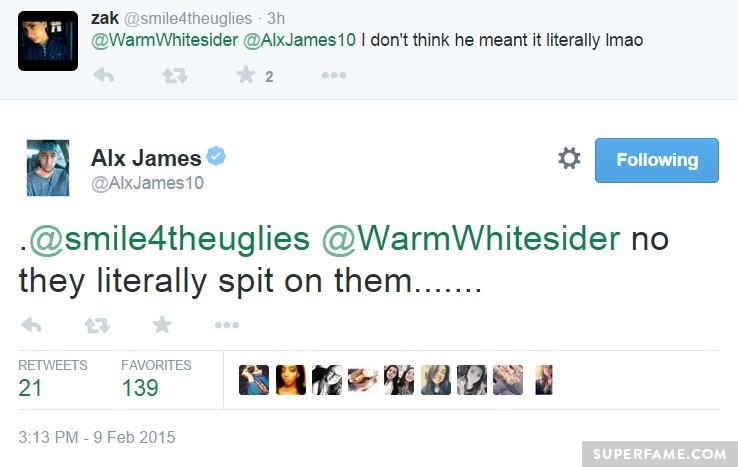 Who do you think the culprits are?

Social media chatter is currently pointing fingers at Kian Lawley and JC Caylen, or some male Viners with YouTube channels – although it was possibly “just accidental”.