Mitchell and Gregory apologized for the breasts. (Photo: YouTube)

The video was posted a long time ago. Despite the channel having 4.5 million subscribers – nobody actually talked about the drawing until now.

A fan watched the video, and was shocked that the element “silicon” was represented by the drawing below. “What the fuck?”

They used the #YesAllWomen hashtag, where users share stories of violence or misogyny against women. 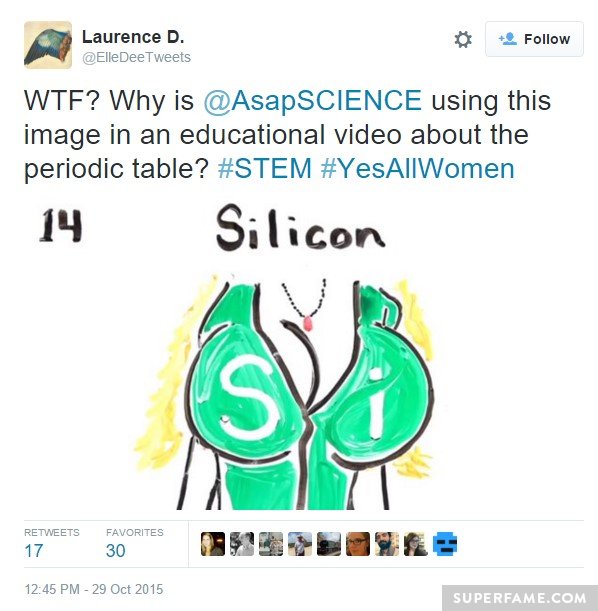 Since AsapSCIENCE already took down the original video, here is a re-uploaded version that has been around since 2013.

Here is the contentious segment in GIF form. “Silicon” was illustrated with a pair of b******.

Not everyone thought it was offensive. In fact, some fans even threatened to unsubscribe if AsapSCIENCE changed the video to appease the protesters.

Others thought it wasn’t scientifically accurate in the first place.

AsapSCIENCE Apologizes, Takes the Video Down

The pair apologized on Twitter and admitted they made a mistake. “We are always trying to become better feminists.” 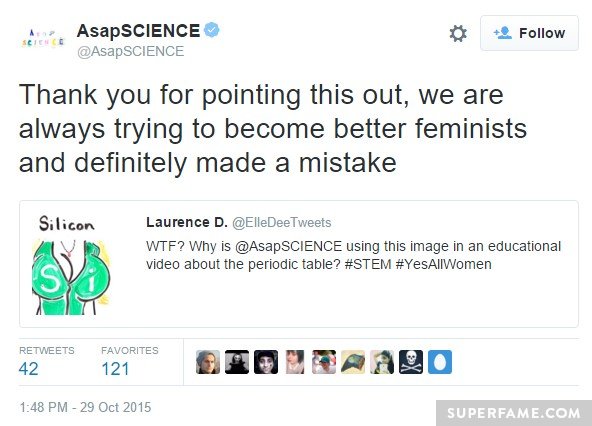 They said they were “embarrassed”.

They said they “were blind” to the “damage” the depiction of b****** could do – due to their positions as “men in a patriarchal society”. 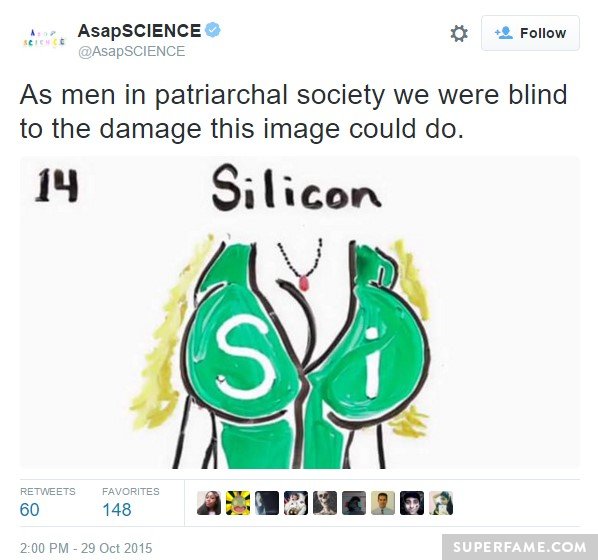 They took down the video, and pledged a commitment to #WomenInSTEM.

Others thought it was “super disappointing” that the video stayed up for such a long time in the first place.