Aspyn Ovard Ferris just went on a blistering Twitter rant about her haters.

She hit back at the idea that YouTubers “should expect hate” due to their job title, and blocked fans who disagreed with her.

Aspyn Ovard opened up Twitter to fire off a ton of tweets about “a******” haters.

She told fans to “be nice on the internet”. “Do NOT be an a******!” she said. Aspyn said that if people found a YouTuber annoying, they should just tell their parents.

“Nobody cares about your opinion. Write it in your journal!”

Aspyn said that she “didn’t give a s***” what her haters thought about her hair or her personality. “Whatever, no one cares! It is spreading negativity.”

She agreed with a fan who said that haters put people off “doing what they love”.

Some of her fans fired back at her, and told her that “haters” came with the territory. “This is the INTERNET! Expect it.”

However, Aspyn disagreed, and blasted the idea that YouTubers should expect haters just because they are YouTubers. “It disgusts me.”

She said that she wasn’t getting dramatic because “hate was getting to her”.

“Be nice to people online,” she said to fans. “Be part of the change.”

Aspyn Blocks a Ton of People Who Disagree With Her

Aspyn then went on a blocking spree, and removed fans who disagreed with her opinion.

A ton of fans found themselves blocked on Twitter. “Guess who is unsubscribing to her? ME!” one angry fan wrote. “This is what I get for not agreeing with her opinion.” 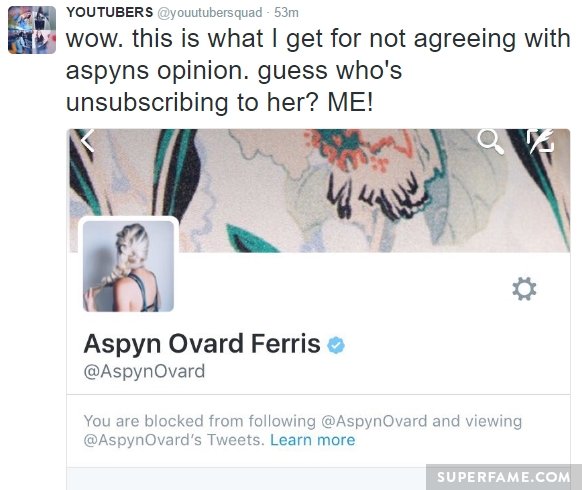 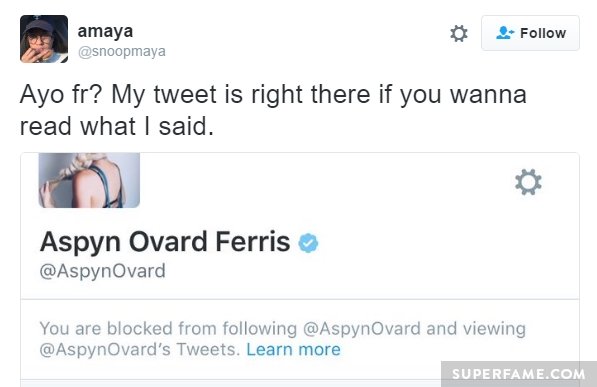 Other fans then told her to stop blocking fans. “They are not being a*******, they are not hating on you. They are just saying what they do not agree with. Don’t block me!”

However, Aspyn disagreed. “I don’t care if someone disagrees. What’s the point… I couldn’t care less.” 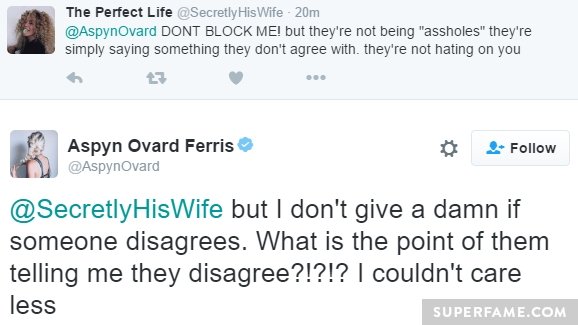 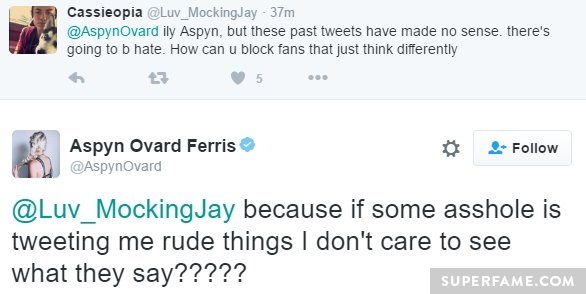 “I do not care to see what they say!”