A few days ago, Natalie Tran decided to speak out against religion, in relation to the Charlie Hebdo tragedy.

Most people already know her to be an atheist, so this was not particularly shocking.

However, her tweet spree took a sour turn when some fans accused her of unfairly singling out Islam for criticism, causing a backlash.

Natalie decided to criticize religion in a series of tweets. One of the (now deleted) tweets was this one.

When fans accused her of singling out Islam, Natalie immediately rejected that notion.

Natalie was very upset that people were criticizing her for condemning religion.

“So much evil is done in its name,” she continued.

As it is with any controversial issue, many immediately took offense, calling her “uncultured swine”, a “rude b**ch” and “playing into Islamophobia”.

A “Revolted” Fan Tries to Contact Jezebel to Slam Natalie

A very angry commenter over on Jezebel was hugely upset at Natalie’s tweets – branding it “borderline hate speech” and comparing her to Rupert Murdoch.

They claimed that Natalie was singling out Islam for criticism, and urged Jezebel to write about it. 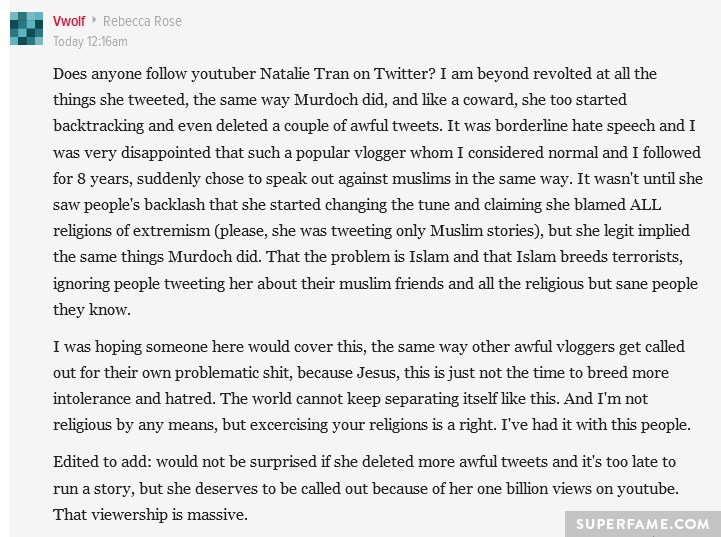 A commenter, claiming to be Natalie, posted a lengthy response in return.

Natalie was very upset at the misinterpretation, and rebuked the critic’s accusation that she was only targeting Islam – claiming that she’s an equal-opportunity atheist. 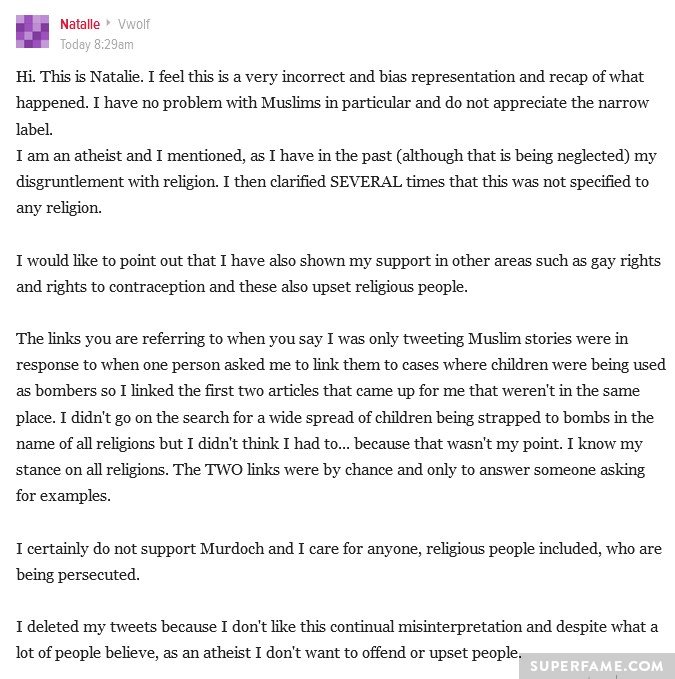 The comments continued on, and got even more heated – with the fan threatening to post on Oh No They Didn’t, and Natalie finally ending the conversation.

You can read the entire thing at the Jezebel link given above.

“I’m not apologetic,” she says, despite deleting them.

She mentions that she is a “good” atheist, and does not accept people being persecuted because of their religion. 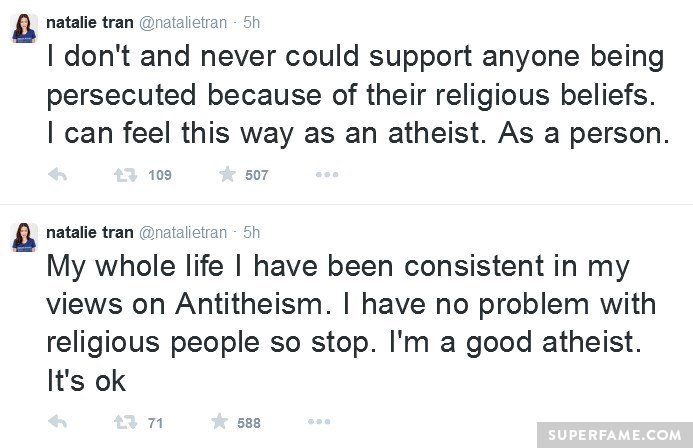 Not everybody was offended by her viewpoints. She had no shortage of defenders.

One of them was Smosh’s Anthony Padilla.

Others weren’t happy that she had to take down her tweets.