YouTube’s beauty gurus are concerned that the upcoming $999 iPhone X might not be able to detect their bare faces.

One of the most publicized “new” features in the iPhone is “Face ID”, an alternative to Touch ID and fingerprint recognition.

Apple said that the iPhone X will be able to create a map of your face, which can then be used to unlock your phone.

Nikkie Tutorials went viral with a tweet wondering if her iPhone X was going to recognize her when she went “full glam”. She scored almost 50,000 likes. 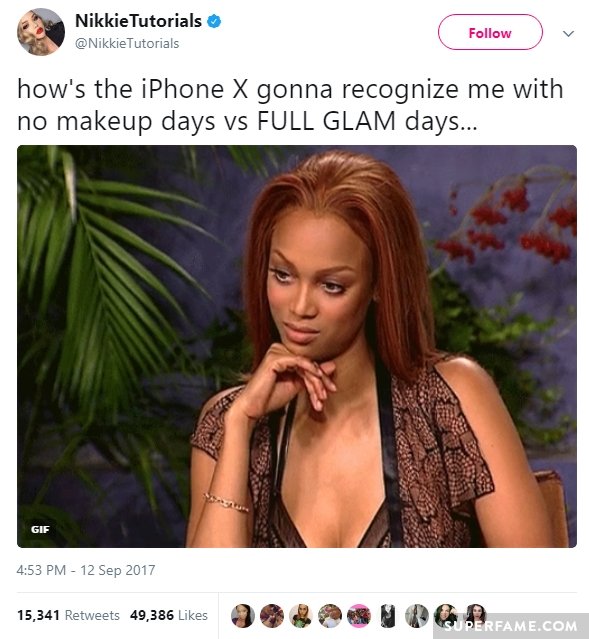 Manny Mua was concerned as well. However, he doesn’t really look that different when he applies makeup.

“Nikkie, now you are thinking,” he added.

Kandee Johnson was also concerned about the feature and was scared she was going to get locked out of her phone. “The difference… it’s real!”

Some wondered what on earth drag queens were going to do, because their transformations are usually extreme.

Facial recognition technology is a lot more advanced than you think. For years, algorithms have been developed or trained to accommodate makeup. However, if you’re a drag queen, you should probably disable the feature.

Using Makeup to Avoid Facial Detection Is a Real Thing

In order to fool the technology, you would have to style yourself into something more extreme like this, courtesy of the CV Dazzle project.

You might be able to trick a computer, but is it really worth the hit to your dignity?