Cameron Dallas was arrested after cops were called to his home. (Photo: Paper / TMZ)

According to TMZ and the LASD Inmate Information Center, aspiring jailbirds Cameron Dallas, JC Caylen and Kian Lawley appear to have gotten into a bit of police-related trouble.

On Wednesday, the police were allegedly called to Cameron’s Los Angeles home after his fellow neighbors got overly annoyed with his noisy party.

TMZ’s insiders claim that the cops arrived to a very silent house – and nobody answered the doorbell. The cops eventually left. But their ordeal was not yet over.

However, the cops were called for a second time, after a paint can was thrown out of the Vine star’s 6th floor window – almost smashing into a woman underneath.

“Filming some vids with Cameron Dallas and Kian Lawley,” JC tweeted on the day. 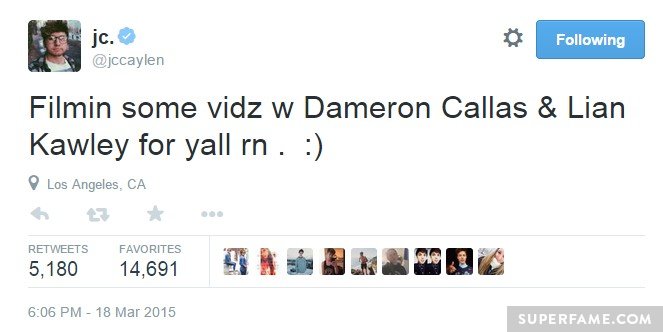 JC also posted a photo of himself covered in paint. “Literally fuck everything about today & tonight. One of the worst days of my life,” JC tweeted. 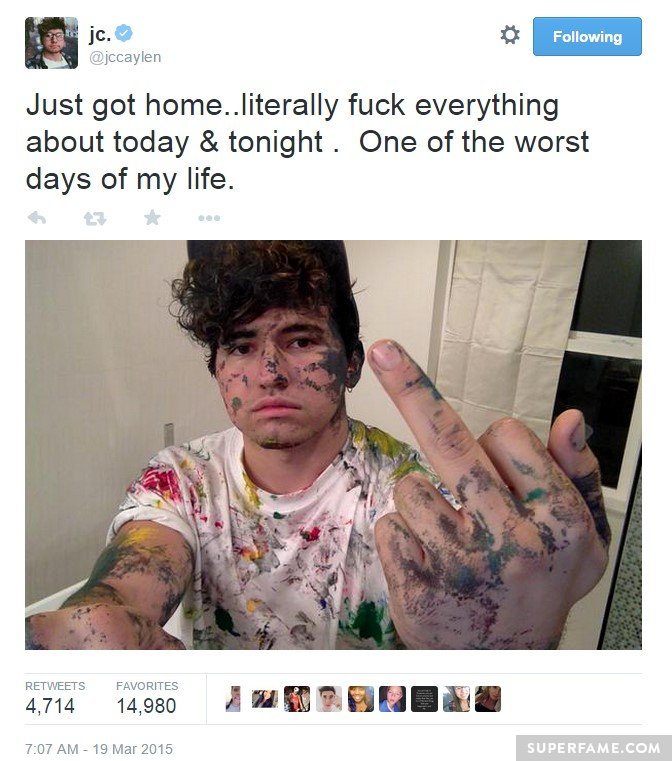 The police arrived to Cameron’s apartment, and found that both the interiors and the guests were splattered in paint. The hallway was also marred with paint.

Cameron Dallas was arrested due to felony vandalism, and was held on $20,000 bail. He was released at 1:30 AM. 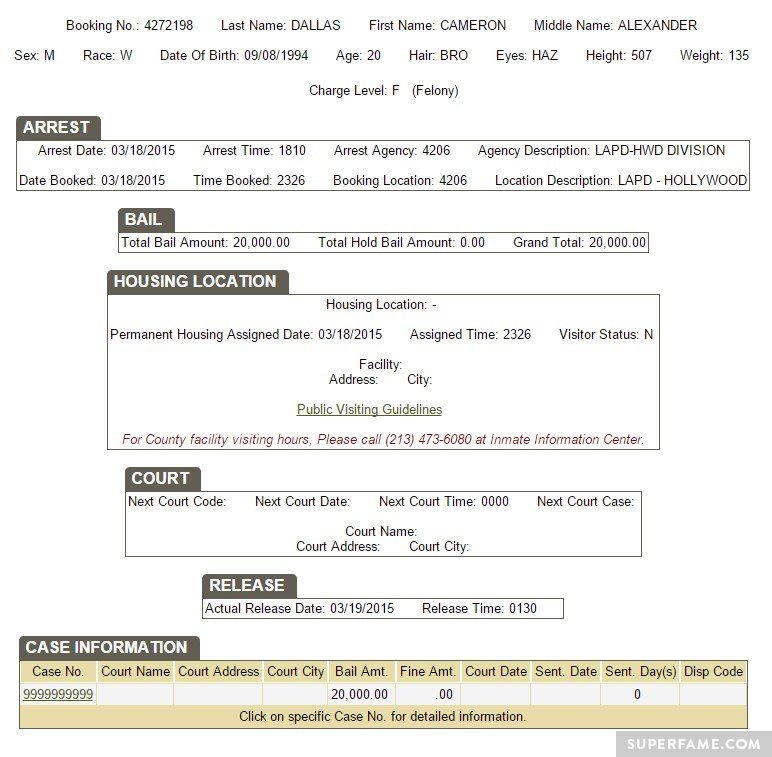 JC Caylen was also arrested. This is JC Caylen’s inmate information below. JC was released around 3:00 AM. 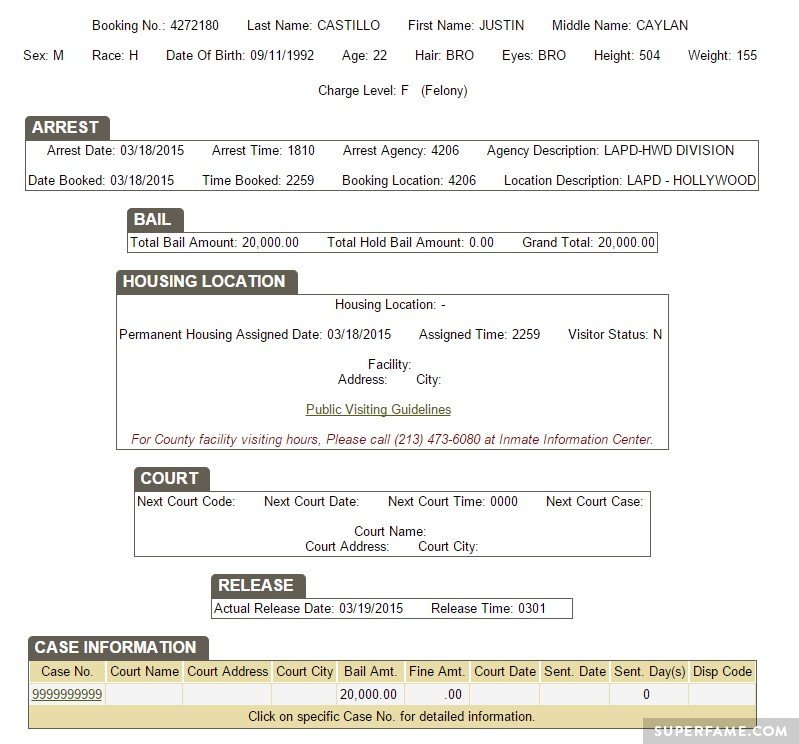 Cameron Dallas Speaks out on Twitter, Says He Was Shooting an “Awesome” Video with JC & Kian

Cameron didn’t appear to be too apologetic on Twitter. “Let’s just say this video will be awesome. They didn’t tell me my rights, though?” 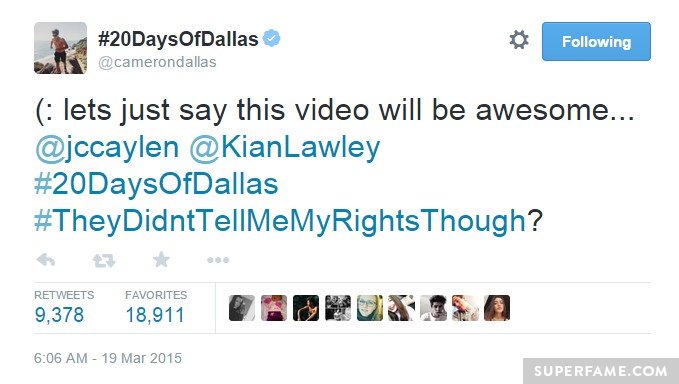 “I don’t even know what to say about today…Fuck. Wait until you guys see this video,” Kian tweeted. 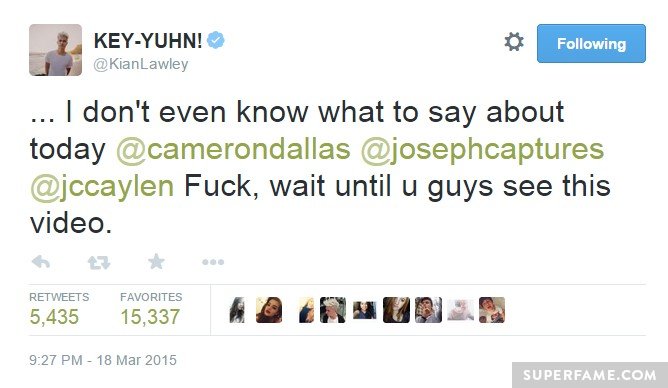 Joseph Hernandez, who filmed the entire encounter, appeared quite shaken on Twitter. He claims he was pushed against the wall and handcuffed – and managed to lose his phone in the process. 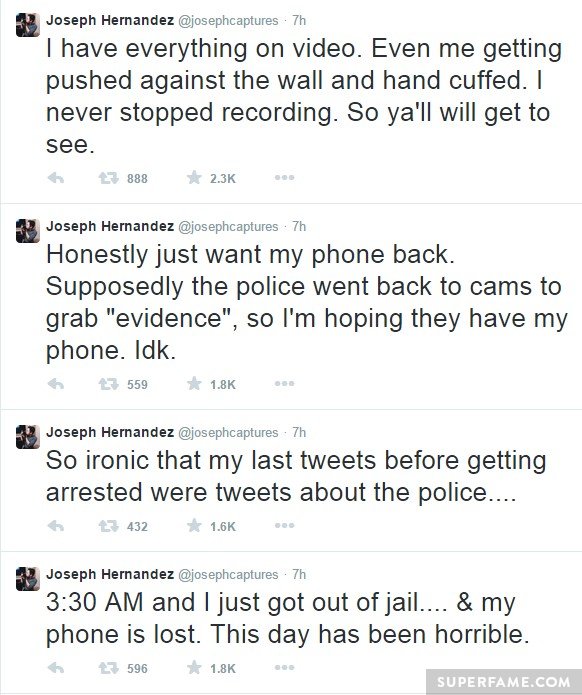 Are you waiting for their video?