Fans don’t like it when you tell them how much you hate them – and that is exactly what Viner Carter Reynolds did a month ago.

Carter Announces That He Hates His Fans

It started when then-girlfriend Maggie Lindemann was broadcasting a live stream on YouNow. However, Carter did not know that the stream was not over, and was still broadcasting live to thousands.

Carter was not initially present for the stream, but managed to make a big splash with a statement that shocked his fans.

“I hate fans, they are annoying and they bother me,” he says, somewhere off-camera.

The two girls gasp in horror, clearly baffled and uncomfortable with the situation.

Many fans came out to defend Carter’s honor. One of them posted this Vine as an example of a possible reason why Carter might hate his fans.

The Vine features a girl insisting to get her photo taken with him against his will.

Other defenders came out in droves.

Many claimed that people should feel sorry for him, and mentioned that he was “still young” and learning to cope with fame. 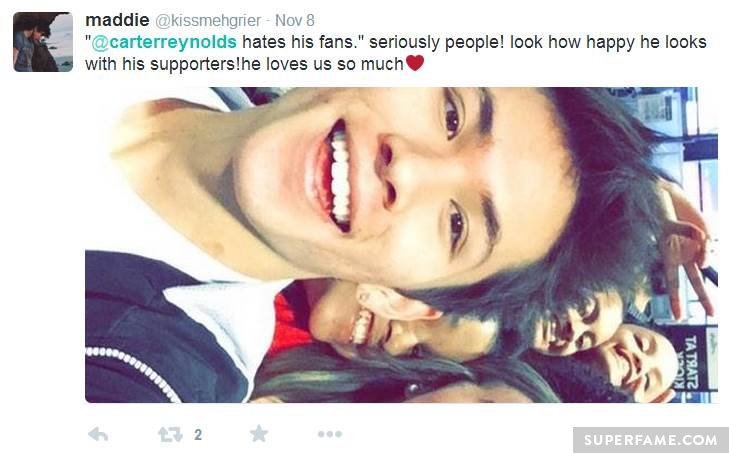 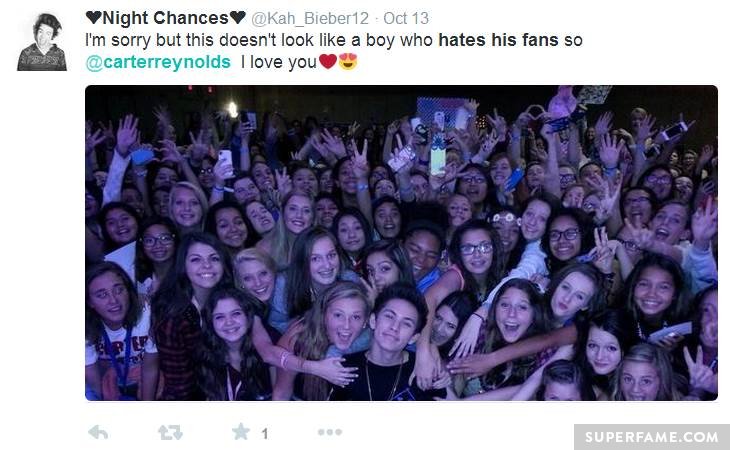 Other Fans Chastise Those Who Still Support Him

Other, more level-headed fans were baffled as to why people continued to support him. 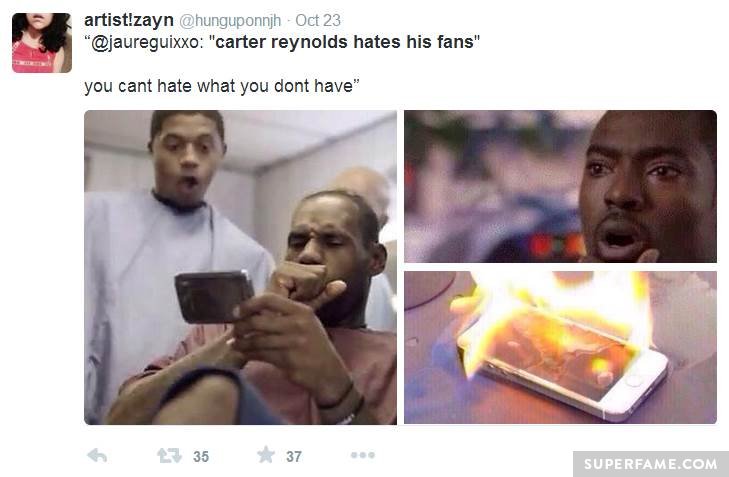 Is Carter right in saying he hates his fans? Comment below!