Carter Reynolds was no match for the Directioners. (Photo: Wikimedia Commons, Twitter)

Carter, who once called Justin “very sexy”, even tried to start a feud between the Beliebers and Directioners – which failed when they decided to turn on him, instead.

Carter Decides to Troll the Directioners

It all started with Jack Gilinsky’s nice, complimentary tweet about the One Direction fandom. “They can trend whatever they want,” he said. “They run Twitter.”

“If all the guys continued doing Magcon, then the Magcon fandom would run Twitter – hands down,” he fired back. 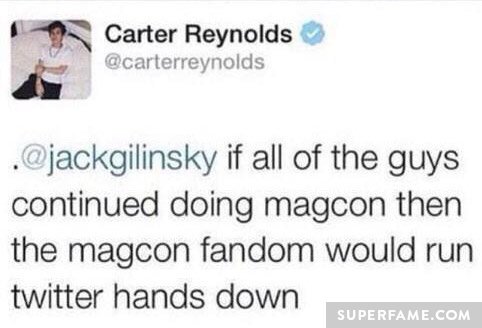 But Carter wasn’t done yet. He then claimed that Magcon was so big then – that Magcon could have grown bigger than the One Direction fandom.

Carter, who is a Justin Bieber superfan, later brought up his idol in his one-man war against the Directioners.

This is not really a new thing – since he practically Tweeted the same thing back in 2012, shown below.

Perhaps taking tips from resident 1D sass Louis Tomlinson, the Directioners did not hold back when it came to making sure Carter knew his place in the pecking order.

They used the hashtag #CarterIsKingOfFlopNation, and spammed it all day. 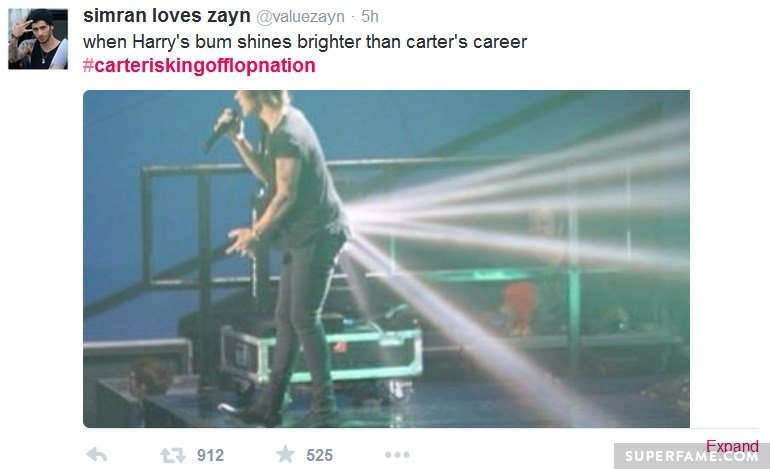 “1D’s security is bigger than your fandom,” one Directioner said. 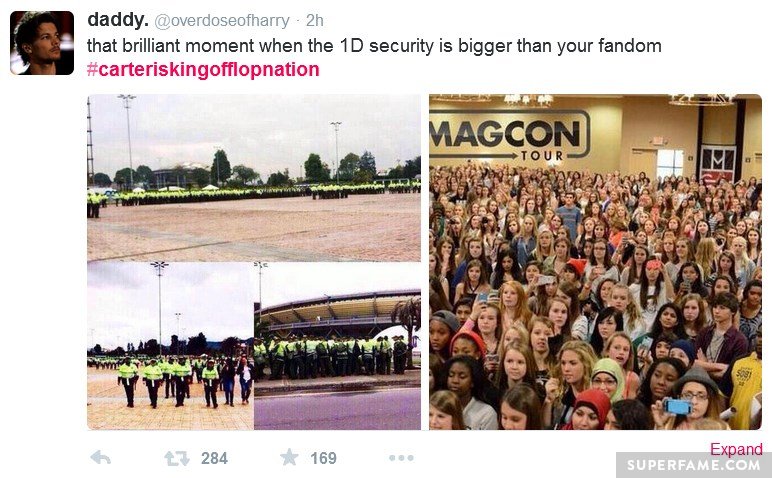 Not even Carter’s 1.9 million follower count was safe from mockery. 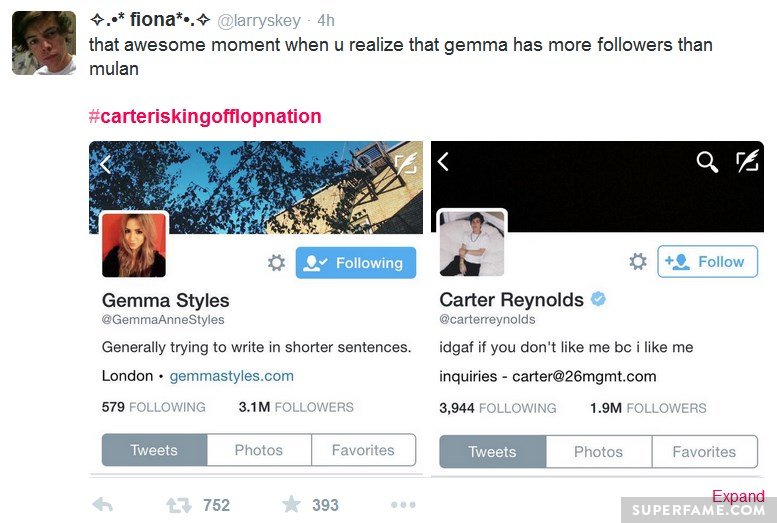 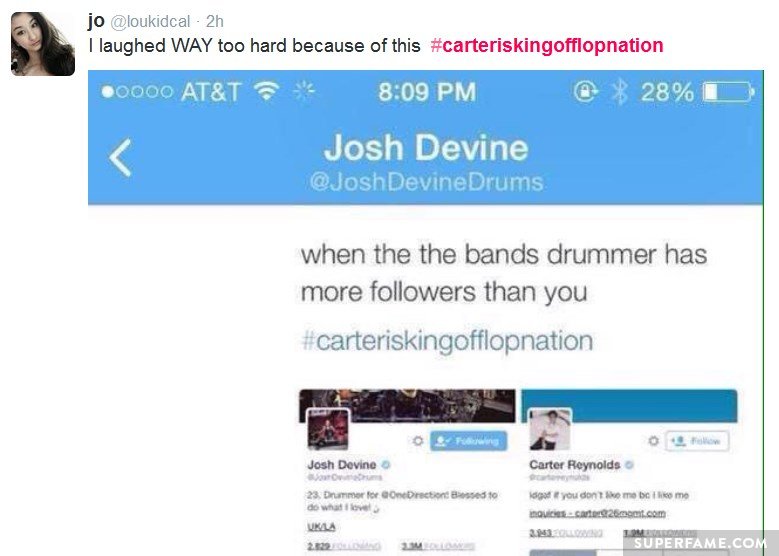 In fact, various fandoms, including the Beliebers and 5SOS Family, decided to team up against Carter. 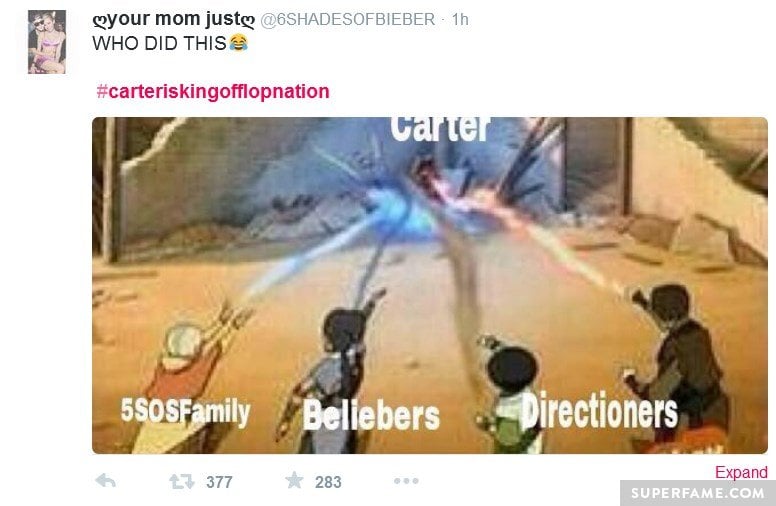 One would think Magcon fans would be on Carter’s side – but many weren’t. “If Carter blocked me I’d get a poster of it and hang it on my wall,” one Shawn Mendes fan said. 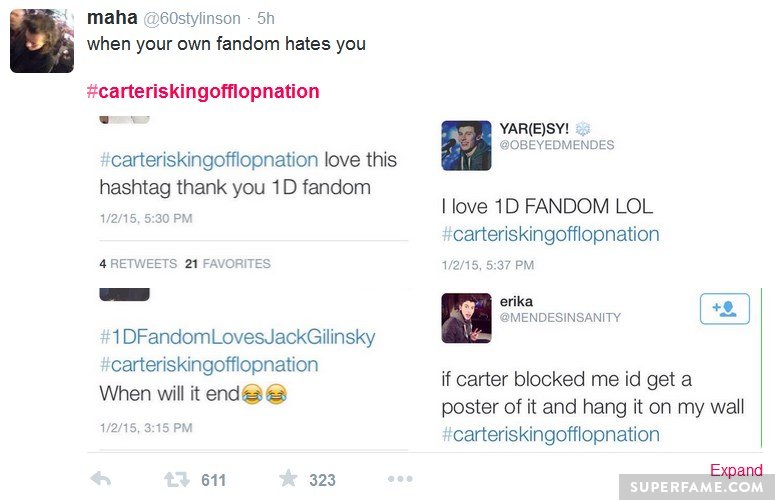 Eventually, the hashtag trended worldwide, for practically the entire day. They clearly wanted to make sure Carter would see it. 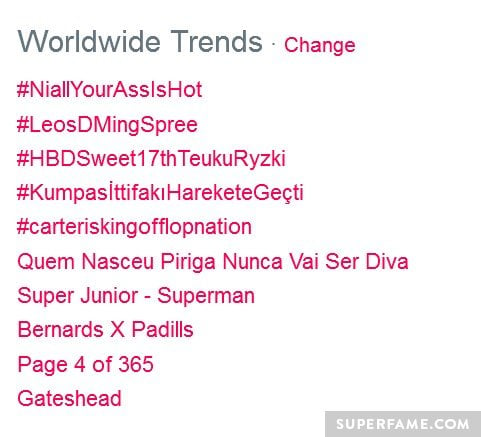 Carter Responds to the Haters

Unfortunately for the Directioners, Carter found the hashtag hilarious. “I already knew that I was a king – you didn’t have to tell me this,” he said.

“Some people can’t handle the truth.”

Other Magcon Boys Respond to the Hate

While Carter decided to take it in good fun, it was no laughing matter to Jack Gilinsky and Nash Grier.

“Don’t be the reason for tension between them,” Nash said – clearly meaning Carter. 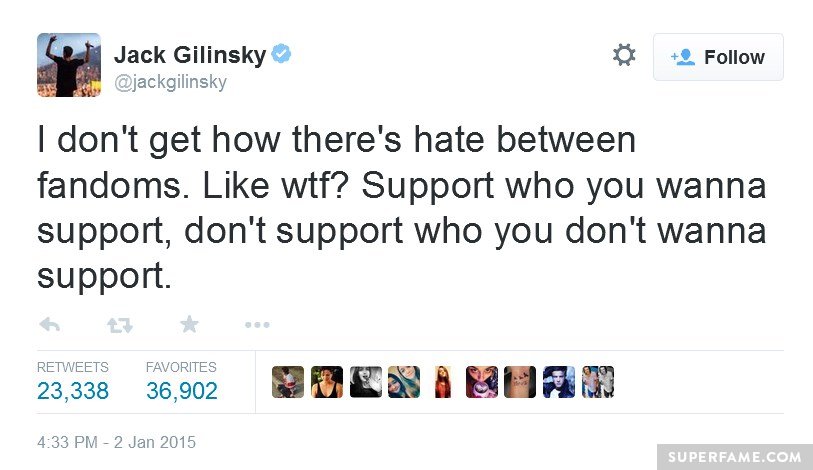