A few weeks ago, Connor Franta launched another birthday fundraiser for the Thirst Project – and it’s almost at the midway point.

For his efforts, he was honored with the Governor’s Award at the 6th Annual Thirst Gala, earlier this year.

At the gala, Grace Helbig praised Connor, “He is a remarkable guy, to say the least. He inspired millions to look beyond their own lives!”

Have you donated? Click here to donate at the Prizeo page! 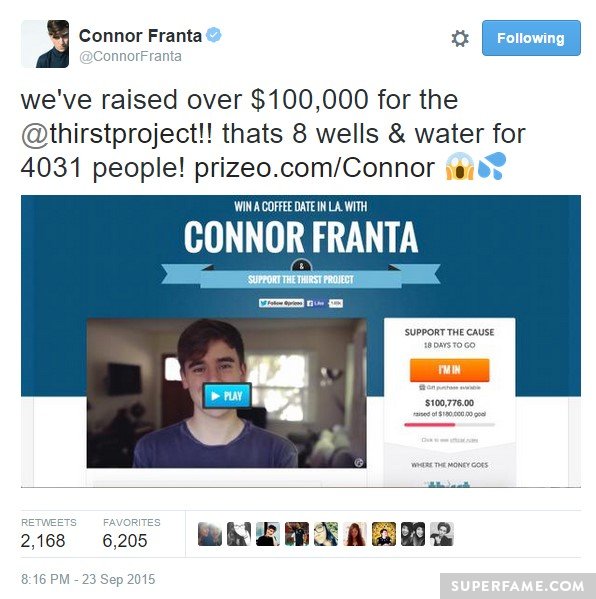 Each well in Swaziland costs around $12,000, and provides enough clean drinking water for up to 500 people. In fact, just a mere $25 can support one person for their entire life!

If you need other incentives, you can get various prizes like signed posters or skype calls, depending on how much you donate.

Donators will be entered into a draw to win an all expenses paid trip (for two) to meet the man himself.

Wait are you waiting for? Click over to Prizeo!