Daveywavey reveals he's not exclusive with his boyfriend. (Photo: Instagram)

Daveywavey revealed that he’s in an open relationship with boyfriend Jake Arman.

His admission was controversial, because fans thought he was criticizing monogamous relationships.

What do you think of open relationships? Vote below at the bottom of the page.

“I know that I don’t really talk a lot about my relationship. But I feel like this is one thing that is important to talk about.”

“And when I do, a lot of people are often like… they react like it’s this really weird or strange thing.”

Daveywavey Talks Monogamous Relationships: “Why Would You Do That to Yourself?”

“But at the same time, when they tell me they are monogamous, I also act equally weirded.”

“I feel like when that happens, my first question is WHY. Why would you do that to yourself?”

“70% of couples in closed relationships, one or more of the partners is cheating or has cheated.”

“When you look at that, these people are ALL in open relationships. Just minus the communication. And the honesty and transparency. They are having sex with other people.”

“It also means most people are NOT monogamous.”

Daveywavey Gives Fans an Alternative: “You Don’t Have to Ride the Same Ride Over & Over!”

Daveywavey compared monogamy to riding the same ride over and over.

“And like, yeah! You could totally do that. But why would you do that to yourself? There are all these other totally cool rides you can ride on.”

“You don’t have to ride the same ride over and over at Disneyland.”

“Maybe your partner is comfortable with you going to Adventureland. Maybe he wants to go to Discoveryland, but wants to go there with you.”

“We live in a world where are there millions, billions of beautiful p****** and vaginas. B**** and genitals of all shapes and sizes. Do you really want to deprive yourself of all that wonderfulness?”

“Why not have that conversation with your partner? It becomes a very beautiful thing – an open relationship.”

“How monogamous are you REALLY? Take for example, those movies. Which a lot of us look at and enjoy. When you’re looking at adult films, you’re not looking at your boyfriend or girlfriend’s butt or v*****. You’re not!”

“I get that it’s very different than penetrating someone, but in your brain, the same reactions are happening. The same chemicals are being released.”

“It’s not penetration, but it’s a form of openness.”

Daveywavey’s video proved to be controversial. There were some supporters, like Tyler Oakley.

“This is SUCH a great video. Good job Davey. You are great at what you do.”

However, most of the comments were critical of open relationships, like he anticipated. 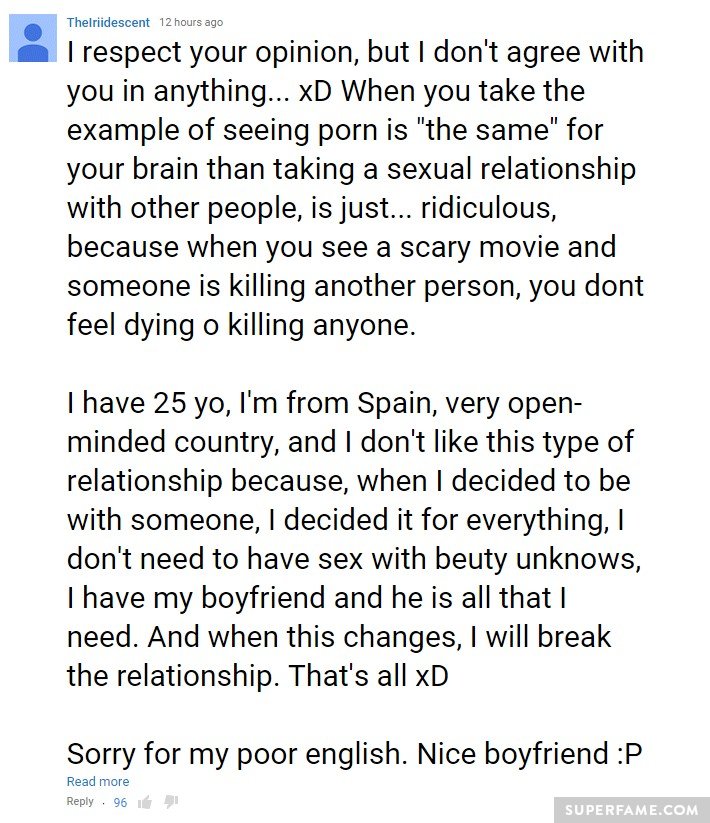 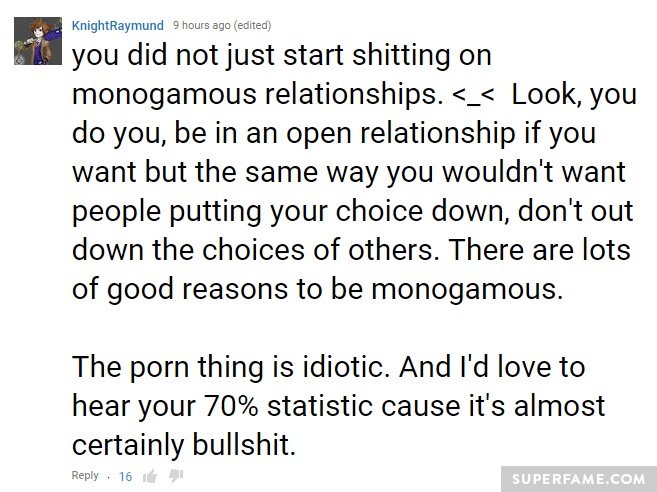 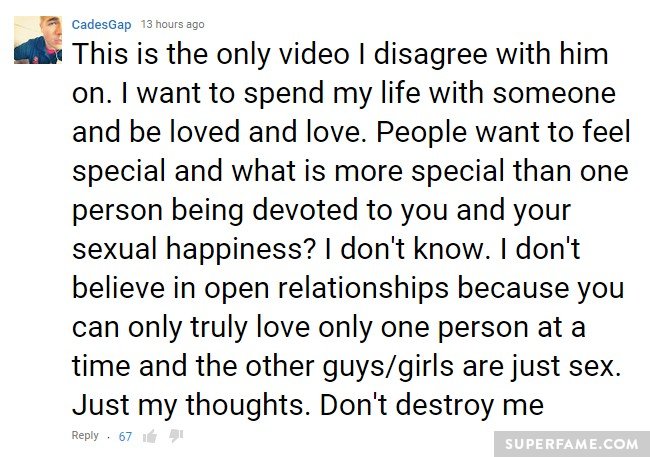 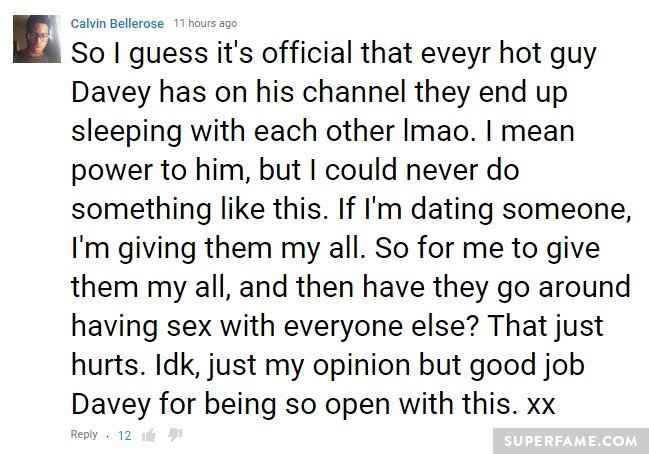 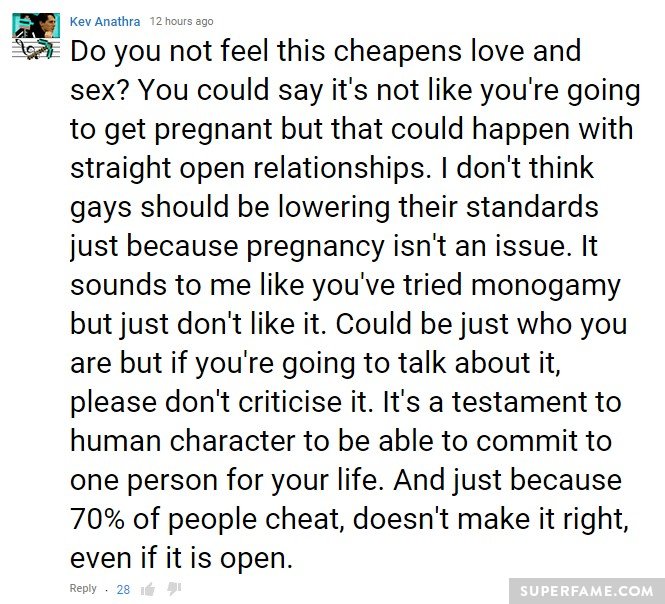