Acacia Brinley recently teased a movie audition, for a mystery movie. However, she gave a huge hint when she took a partial photo of the script, which appears to be John Green’s Looking For Alaska.

Last week, Acacia shared exciting news on Twitter. “I just got an audition for a movie that is based on one of my favorite books! Oh my god!” 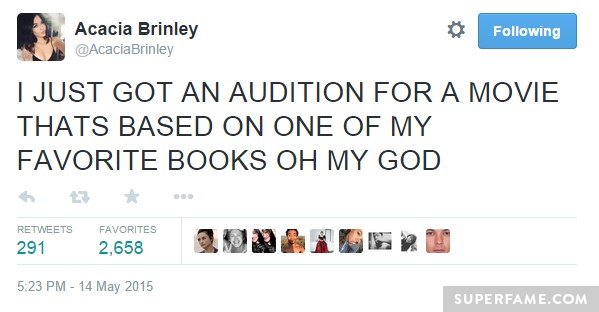 A few days later, she revealed that she had an acting coach to prepare her for the mystery audition. “Feeling good!” she tweeted. 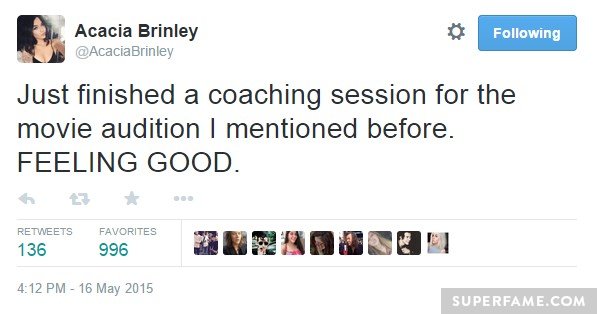 After fans barraged her with questions about the mystery movie, she replied, “It’s not my place.” 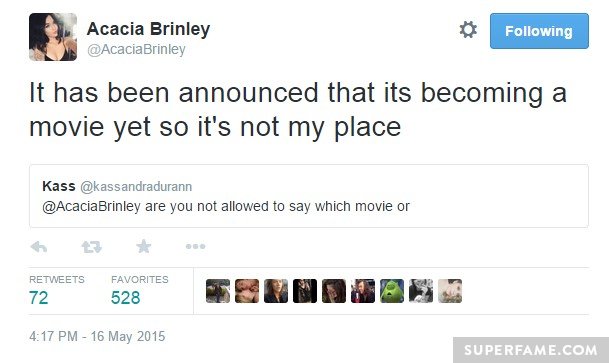 A few days after that, Acacia tweeted ‘Looking for Alaska’ author John Green, out of nowhere. “I hope we get to be best friends soon.”

Acacia finally gave a massive clue to the movie’s identity in a now-deleted tweet. “Let’s do this,” she tweeted. 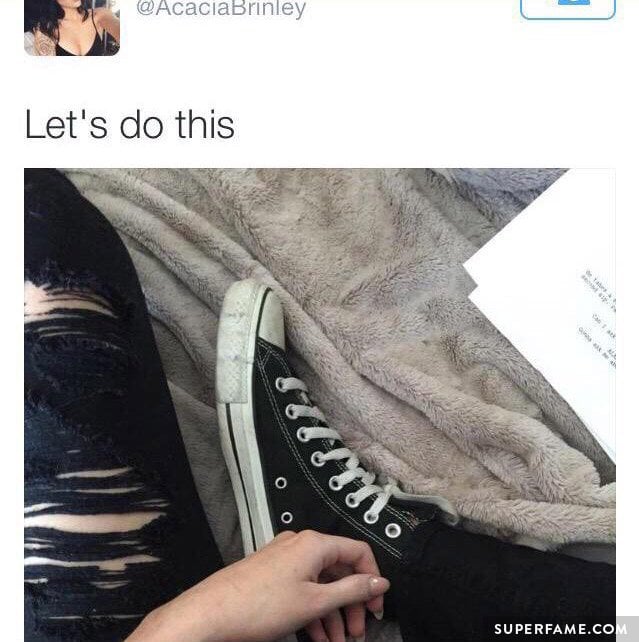 Eagle-eyed fans CSI-enhanced her posted photo, revealing that it was likely to be a script related to ‘Looking for Alaska’.

Fans Revolt Over the Rumor, Threaten to Boycott, Burn & Kill

Acacia’s hint-dropping spread like wildfire – and the response was overwhelmingly negative. Many thought she might be auditioning for the role of Alaska Young.

Fans threatened John Green, and called for boycotts. Others barraged both Acacia and John with death threats.

After John Green received a barrage of hate, he clarifies, “I am not a casting director. Please stop threatening to kill me.” 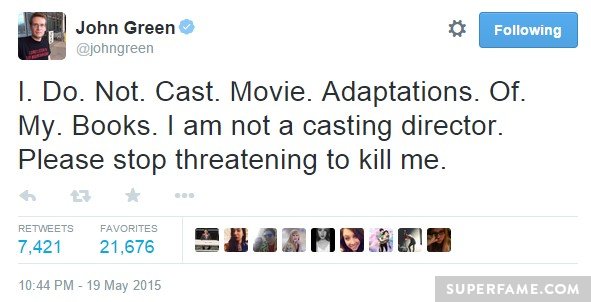 John also reveals that he has zero idea who “Acacia” is. 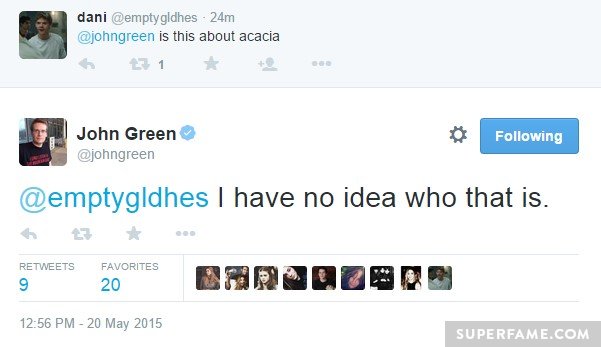 He also claims that he has no power whatsoever over the casting. 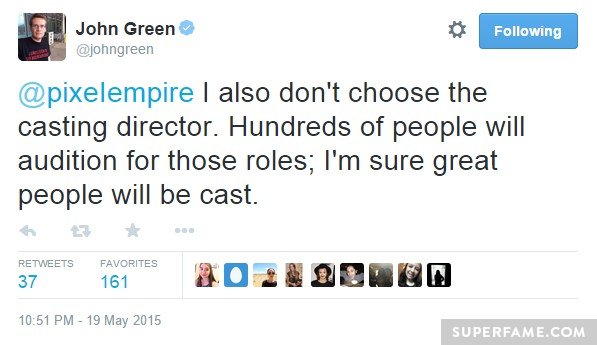 Some fans didn’t know what he was talking about, and accused him of subtweeting Cara Delevingne or Shailene Woodley – but he rejected that. 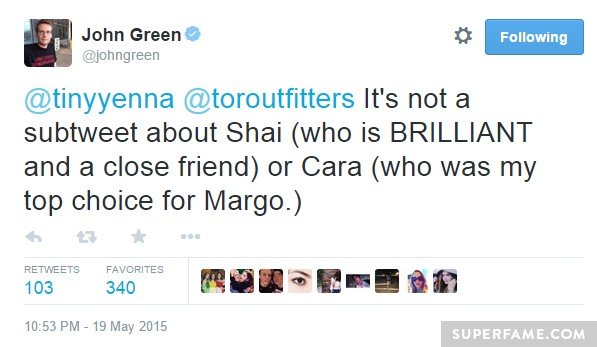 He then reveals a bombshell – that the movie might not ever happen at all. 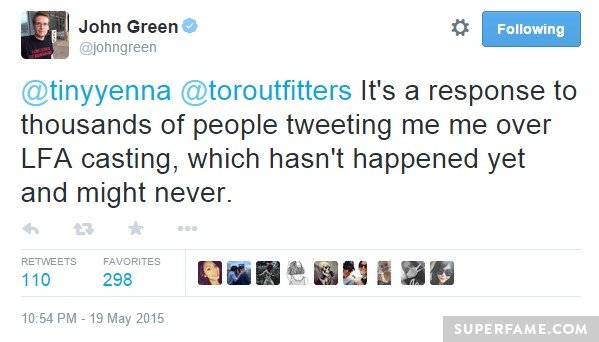 He also backed a fan who wanted a woman of color to play the starring role. 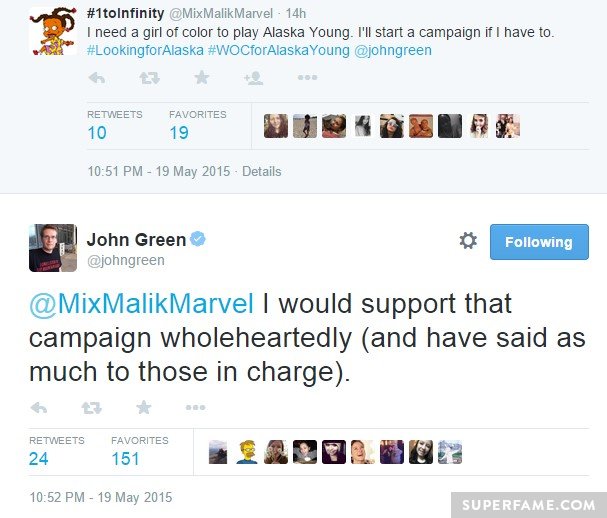 Do you think Acacia would make a good Alaska Young?