Calvin Bremer is accusing Ryan Minaj of abusing his status as the “bigger” YouTuber to steal his ideas to claim as his own.

Credit on YouTube is serious business. It is a running joke whenever Pewdiepie fans descend onto other gaming videos accusing them of “copying Pewds”.

“Hahaha, this is awesome in its entirety, but my resounding thought after watching it is that guy has the BEST EYELASHES EVER,” Taylor Swift wrote.

Due to the popularity of his Taylor Swift Siri spoof, Calvin posted a follow up video, a few weeks ago.

This time, he utilized Nicki Minaj’s soundbites instead of Taylor Swift’s.

It also features Siri being replaced with Nicki Minaj soundbites.

In fact, they used the exact same soundbite from Nicki Minaj in this scene: “Lemme get a number 2, with some Mac sauce.”

Ryan’s Fans Praise Him for Being Creative & Original

Ryan’s fans immediately praised him for his originality and unique ideas.

Calvin Accuses Ryan Minaj of Copying Him without Credit

Due to the heavy similarities, Calvin tweeted Ryan, saying, “How about we credit other people when stealing their ideas?” 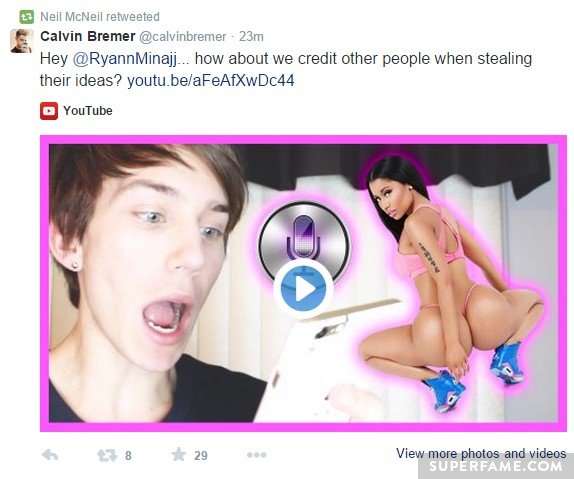 This tweet was even retweeted by YouTuber Neil McNeil, possibly in agreement.

“Sorry I’m more creative than you that you have to resort to using MY ideas without credit,” Calvin continued. 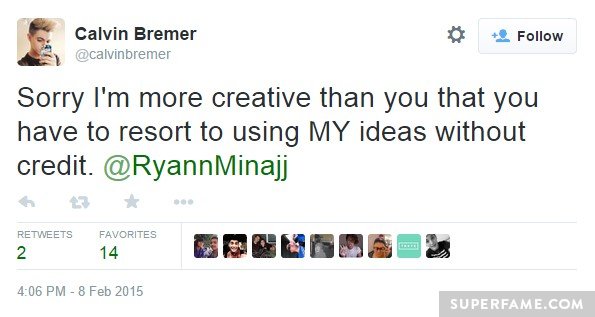 “I’ve always liked Ryan, but you basically stole my existing idea and pandered it off because you’re ‘bigger’ than me. Class act,” he said. 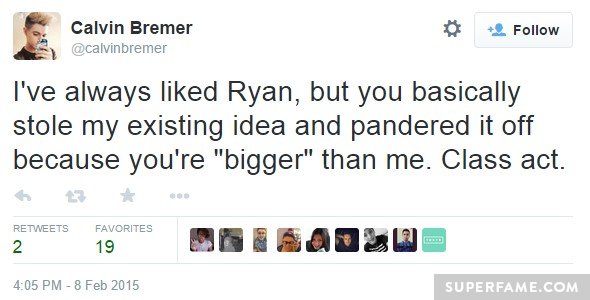 “it’s a mighty coincidence when you used the same fast food scene I did and exact overall concept.” 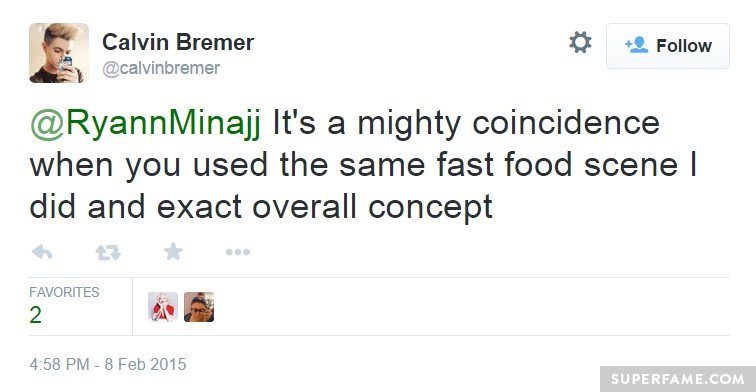 Ryan Angrily Denies He Ever Saw Calvin’s Video, Says He Made It up with His Cousin

Ryan eventually fired back. “Ok, well, think what you want. But accusing someone of something without ACTUAL proof is very nasty tasting.”

He then claims that he was completely unaware of Calvin’s video, re-emphasizes his Nicki Minaj fan credentials, and says he came up with the idea with his cousin.

Calvin argues that he can’t prove that Ryan watched his video, but says he knows people linked Ryan to it, and that his viral Taylor Swift video was “already out there”. 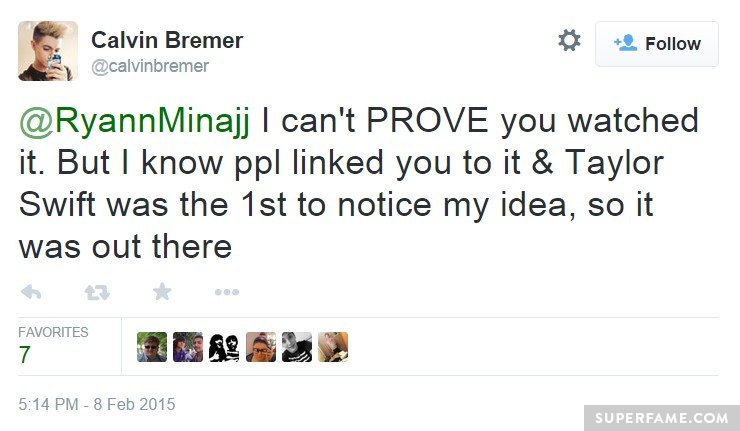 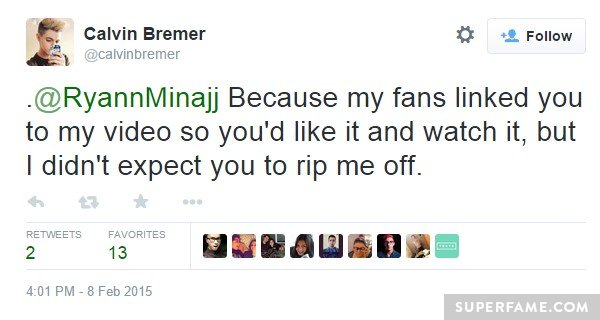 Matthew praised Ryan Minaj’s creativity: “I got this awesome idea from Ryan Minaj, he was my inspiration. Ryan, you are so creative!”

Whose side are you on?