Dominic DeAngelis and Joseph Hernandez fell out publicly on Twitter after Dom leaked JJ’s phone number to all his followers.

JJ retaliated by leaking Dom’s number, and the pair went at it. Dom even declared that JJ was “never his friend” and JJ was shocked.

The duo often travel in the same friend groups, and are both close with Kian Lawley and JC Caylen – awkward.

Dom kicked things off by leaking JJ’s number on Twitter. Was it an accident? Was it on purpose? Nobody knows. 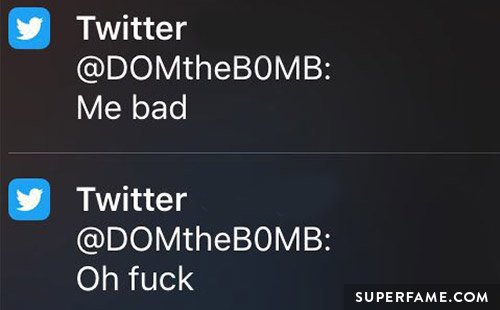 Joseph was shocked when his phone was inundated with calls and texts.

He called out the callers by posting their numbers on Twitter. “F****** stop. Be a half-decent human being!” 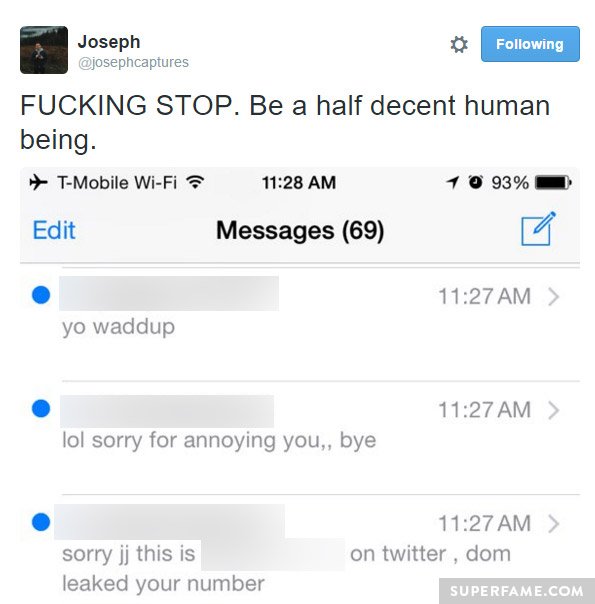 “What the fuck, man? Who the hell gave my number away? Have some respect and stop calling me.” 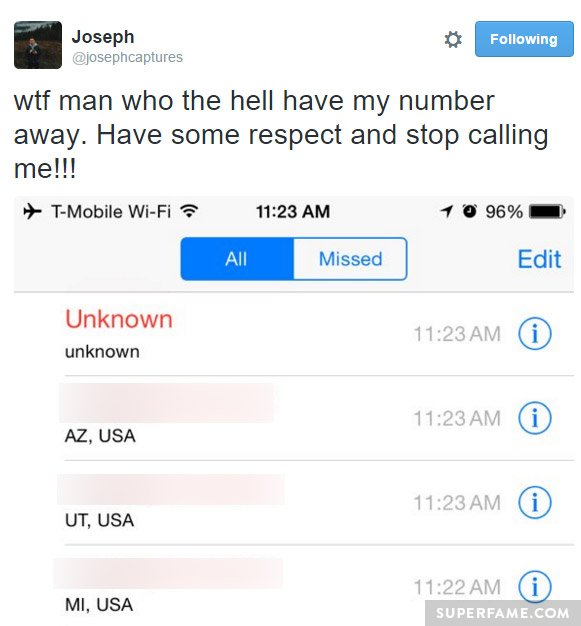 JJ Is Very Upset About Changing His Number

JJ eventually found out that Dom leaked his phone number.

He was upset that he had to change his number, since he had it since the 5th grade. “10 years!” 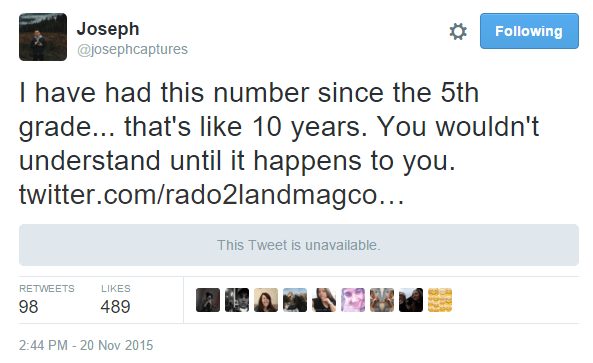 He jokingly warned Dom that he was going to leak his number in retaliation.

“An eye for an eye! You usually have a good sense of humor.” 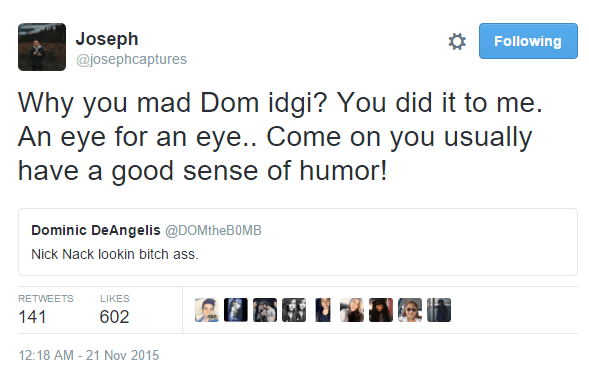 After fans called the number, they reached the voicemail of somebody named “Katie”. 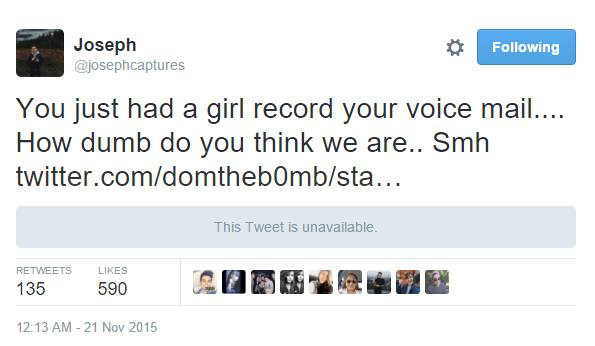 JJ then threatened to leak Dom’s address. “Let me post your address!” 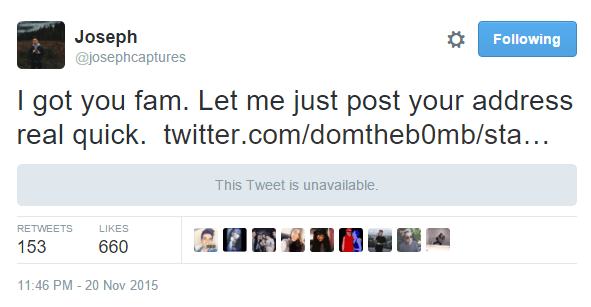 Dom Reveals He Was Never Friends With JJ – JJ Is Shocked

Dominic then dropped a bombshell.

“JJ was never my friend. Do not be throwing that precious word around.” 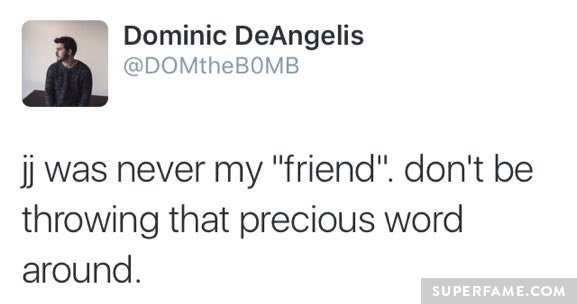 Joseph was hurt. “This is news to me. I have always thought of you as a good friend. I actually like you a lot.” 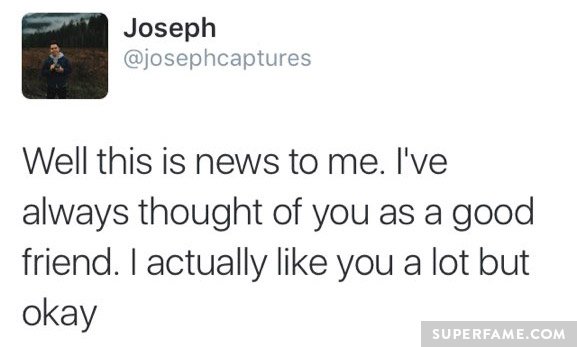 Dom defended himself. “There are friends and acquaintances.”

Dom defended against the blowback. “He tried to give out my number on social media.” 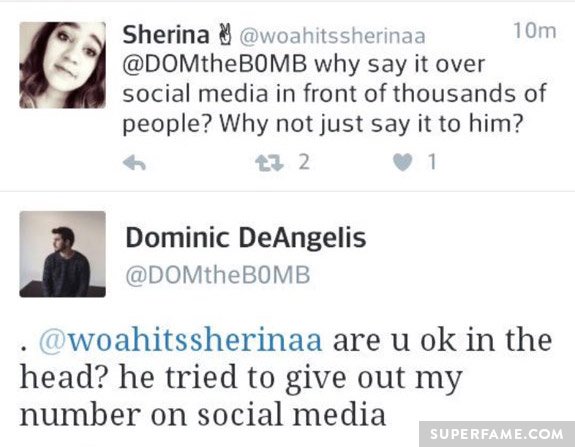 Joseph claimed that Dom was ignoring his texts. “He is not responding.” 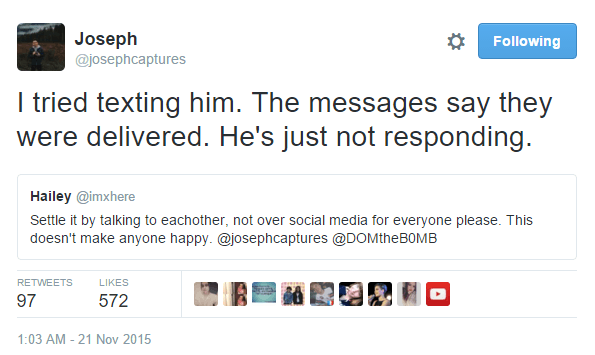 Dom’s fans attacked JJ. “People only know who you are because of Kian and JC. Leave please!”

JJ was confused. “Are you trying to make me sad? Lower my self-esteem?” 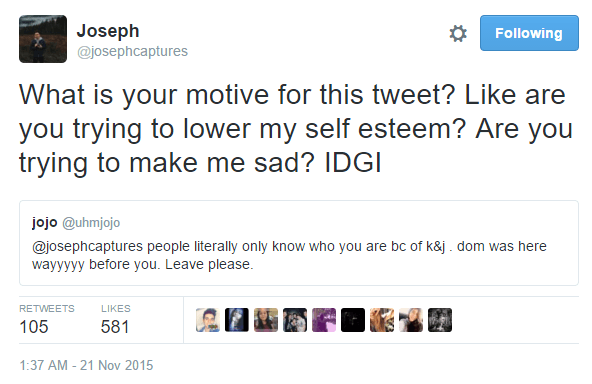 “You guys can call me ugly all you want.”

JJ said that he was joking around throughout the whole exchange. 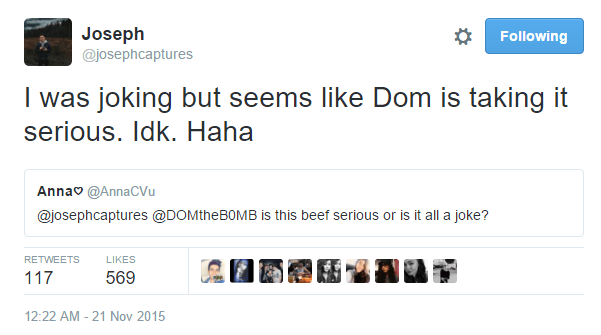 Ryan Abe joked around. “Am I your friend Dom? AM I?”