Fleur's new book did not fare well on the charts.

Beauty vlogger Fleur DeForce has been hard at work promoting her new book The Glam Guide, and completed her book signing tour in the United Kingdom a little while ago.

However, despite her 1.2 million YouTube subscribers and 258k Twitter followers, Fleur only managed to debut at #41 on The Bookseller’s Official UK Top 50 – underneath a Minecraft guide.

She managed to do this with 4,302 copies sold in her debut week, according to Nielsen BookScan.

In The Glam Guide’s second week of sales, it fell out of the Official UK Top 50 chart altogether – and is no longer being tracked on the list. 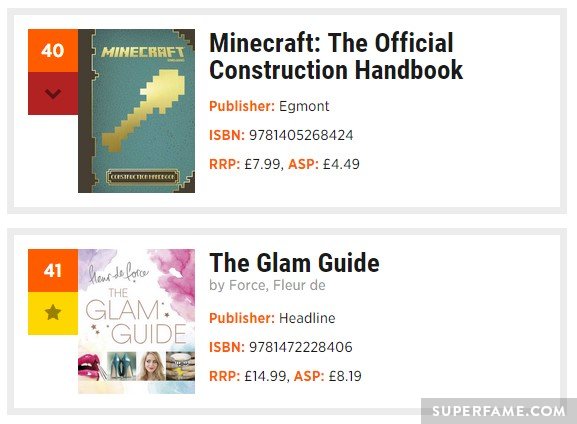 However, Fleur fared better on the niche “Paperback Non-Fiction” chart, where she took the #6 spot.

In comparison, Tanya Burr recently disappointed with 15,117 copies sold in her first week, and a #5 debut on the Official UK Top 50. She was beaten by the debut of food blogger Ella Woodward, who managed to double Tanya’s sales – despite having a significantly lower fan following.

In her third week of sales, Tanya managed to move a further 7,661 copies for a #16 placing. 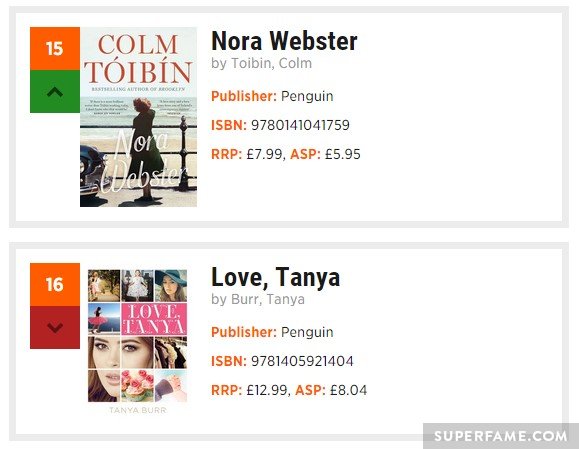 Meanwhile, Zoella’s controversial months-old book is still selling well despite considerable negative media attention, and has yet to leave the Top 25. 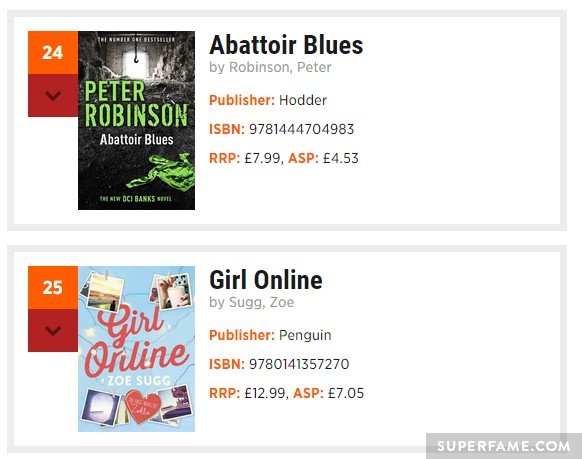 It appears nobody will be coming close to Zoella’s record-breaking 78,109-copy debut week anytime soon. Who do you think will be able to top Zoe Sugg?