Gigi Gorgeous did not take Madonna comparisons as a compliment. (Photo: Twitter)

Gigi Gorgeous, 23, felt personally offended after someone mistook her for pop singer and business tycoon Madonna, 57, in a vlog last week.

It was a vlog where she did the EdgeWalk at the CN Tower in Toronto, with family and friends.

Gigi Gorgeous Takes Offense to Being Compared to Madonna: “Do I Look 60?”

“Some guy just came up to me and asked me if I was Madonna,” Gigi recalled.

“He proceeded to say, no, but are you Madonna?”

“Uh, I thought I looked presentable. But okay, let me just…” Gigi put on her sunglasses and covered her face with a pillow.

Earlier This Year, Gigi Gorgeous’ Photo Was Used for A “Grandma” Ad Without Permission

Gigi might have been touchy, because her photos were famously used (without permission) for online anti-wrinkle advertisements, earlier this year. This is not a joke. 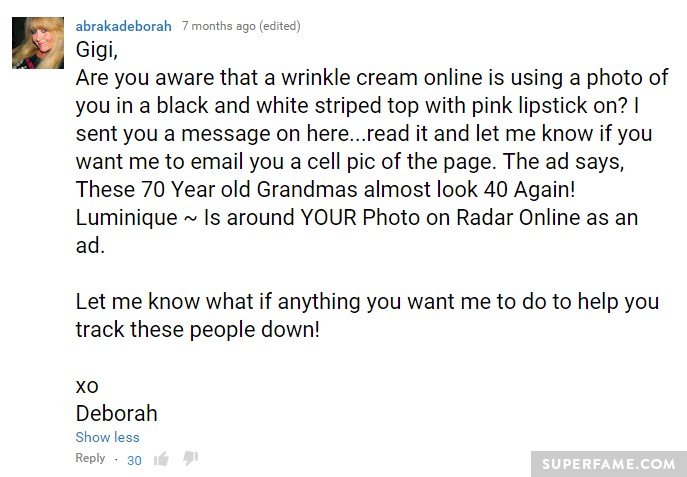