Fox News was not a fan of GloZell. (Photo: YouTube)

GloZell has fired back at “haters”, like actor Rob Lowe, that are outraged that the YouTuber got a chance to interview the President.

As many know, the White House, in collaboration with Google, allowed YouTube stars Hank Green, Bethany Mota and GloZell Green to have a live-streamed sit-down interview with Obama two days after the State of the Union address.

However, GloZell was the breakout star of the session, with media outlets everywhere expressing outrage over her appearance.

One of the many celebrities not amused by GloZell’s appearance was Rob Lowe. He posted a screencap of GloZell bathing in cereal and milk. 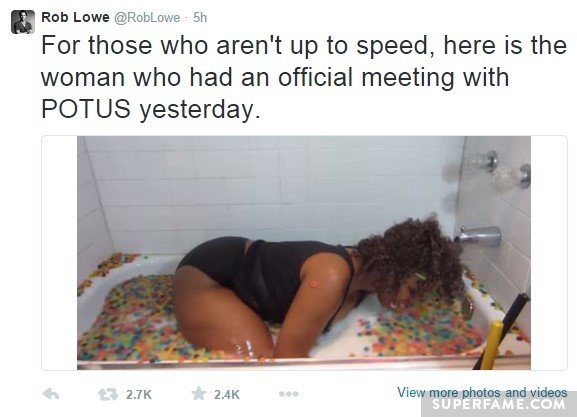 He was outraged that Obama did not meet with the Prime Minister of Israel, but met GloZell.

Megyn Kelly, on her show The Kelly File, starts playing a clip of GloZell Green bathing in a tub of cereal.

“Should we put a viewer warning on that?” Megyn cackles. She then plays the clip where GloZell asks Obama about his “first wife”.

Guest Howard Kurtz then asks, “When did eating milk and cereal out of a bathtub become an audition to interview the President of the United States?”

“It just seemed beneath the dignity of the office to be hanging out with some of these YouTubers,” he continues.

“You think? The woman who is bathing herself in the fruit loops one day, then sitting next to the President of the United States the next day? Asking questions about Cuba like…the Castros put the d*** in dictator?” Megyn continues.

“Really? This is what the President is now across from?” she says.

They then express annoyance at some of the fluffy questions, like Bethany Mota’s superpower question, and selfie-talking.

“Yemen was collapsing today…and he was sitting down with GloZell?” Megyn prods.

“It looked like Obama was going to the D-List Hollywood after-party,” Howard responds.

On his show, Glenn Beck also had many opinions on GloZell.

He speaks directly to GloZell, “GloZell was honored…Sweetheart, let me tell you something. You were just used. You were used because he knew you weren’t going to ask any questions. You were a shill, a propaganda shill.”

“I have no problem [with GloZell]. She plays a role in society. She might be a nice person and everything else. Here’s my problem: The president selected her to do an interview right after the State of the Union.”

He says that Obama is trying to avoid the tough questions. “And so he goes either to a foreign language or he goes to GloZell. He’s not even answering to the people at all,” he says.

Before the interview actually happened, CNN’s Senior White House Correspondent Jim Acosta got into a tiff with Hank Green.

During a press briefing, Jim said, “Just noticing that these folks who are going to be conducting these interviews are not professional journalists, they’re people who post videos on YouTube, and I’m just curious, was ‘Charlie Bit My Finger’ or ‘David After Dentist’ not available?” 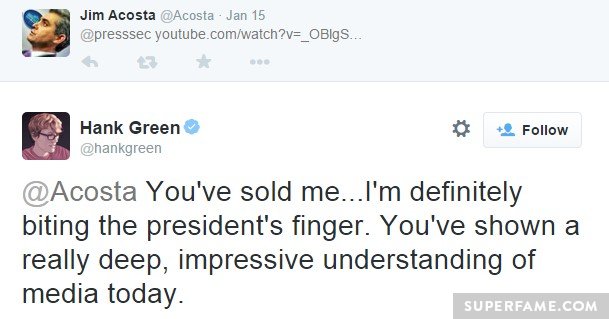 In an interview with CNN, GloZell speaks out about brand new haters.

The interviewer asks, “There are some people in my field, in journalism, that turned a little green with envy because you got to sit down with the President of the United States after the State of the Union. A little bit of peanut butter and jealousy. What do you say to that?”

GloZell doesn’t care. “I think it’s great. When you are online, you get some hate mail anyway. So now my haters are now very high-class people, so I feel like I’ve moved up. So thank you. So this was nothing!”

“Rob Lowe said something negative about me. Thank you! I didn’t even know you knew who I was? But you do. You still hot, so what do I care?”

She also tweeted a message mocking Rob’s spelling of Israel. 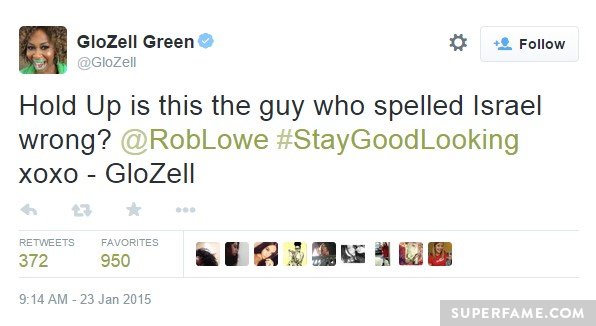 She sarcastically blew kisses at Fox News on Twitter after Fox and Friends featured her cereal-bath next to her interview. 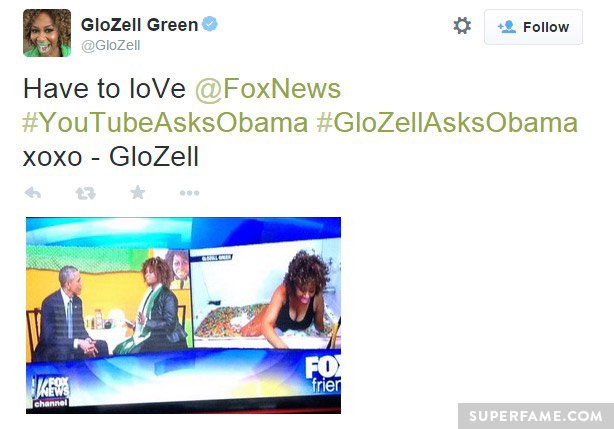 Do you think Glozell lowers the dignity of the White House? Or is this a really stupid controversy?