A hacker threatened Caspar, Zoella and other YouTubers. (Photo: YouTube)

They also threatened Zoella and Alfie – and even found the time to get into a fight with Caspar Lee.

Hacker Gets Access to the Accounts of Callux, Calfreezy & Wroetoshaw

“Hacked by TurkNiga and Veri!” they tweeted. They also changed display photos, Twitter covers and used the hashtag #KebabSquad.

Callux tweeted about how he got hacked in the first place, “They changed my Vodafone account, so they could get a new SIM and access to my two step…”

He slammed Vodafone on Twitter. “You guys f***** me over really hard! Like really hard. I’m incredibly disappointed in your service.”

As of writing, Wroetoshaw and Calfreezy have yet to clear the hacked tweets from their Twitter accounts. 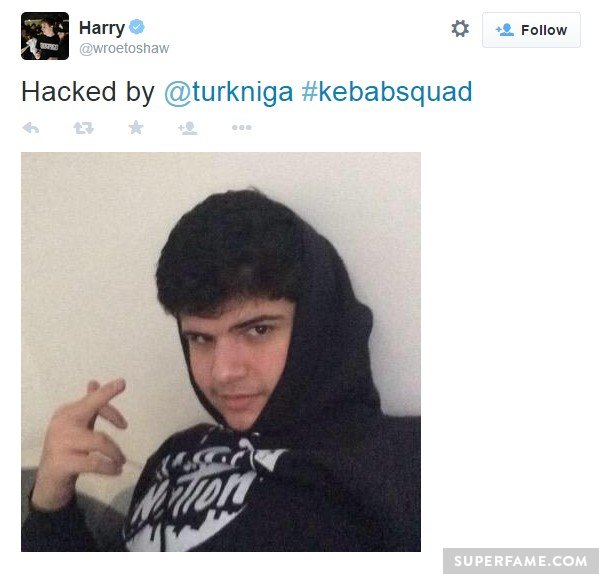 The hacker trashed YouTubers on his account. “All these YouTubers are lame as fuck in real life! YouTube isn’t a real job!”

Despite no evidence of Zalfie’s accounts being compromised, the hacker also threatened Zoella and Alfie with a troll tweet.

“I got nudes of @ZozeeBo sent from @PointlessBlog to her phone, who wants them?”

Hacker Taunts Caspar in a Whatsapp Group Chat With KSI

The hacker also infiltrated a Whatsapp group that appeared to consist of KSI, Caspar, Will Darbyshire and other friends.

The hacker came to blows with Caspar Lee himself. 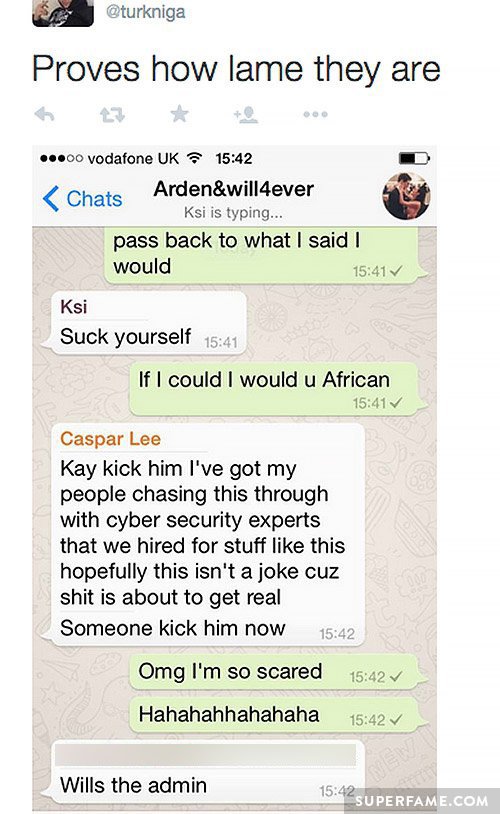 “I’ve got my people chasing this through with cyber security experts that we hired for stuff like this,” Caspar threatened.

Caspar confirmed it was his real phone number after the dust settled.

“My number just got leaked. It sucks so much because now I have to memorize a new number which will take me years!” 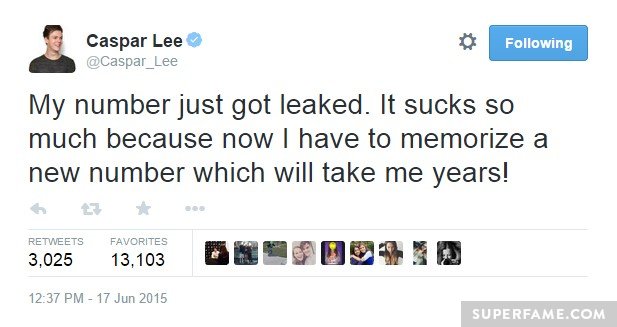 Callux joked about the situation. “My profile pic is actually me now. A bald egg.”