Jack Dail was infuriated by the Dolan Twins and Andrea. (Photo: Instagram)

Jack Dail had some choice words for Ethan and Grayson Dolan on Twitter (and Andrea Russett).

Although Jack and the twins used to be close friends, it appears that they aren’t too close these days!

As you probably know, the Dolan twins recently announced their brand new compilation album, Tunesdays and urged fans to buy it on iTunes.

The likes of Connor Franta, Lohanthony and Andrea Russett have also released similar albums, which are basically a bunch of songs by other artists grouped into one package. 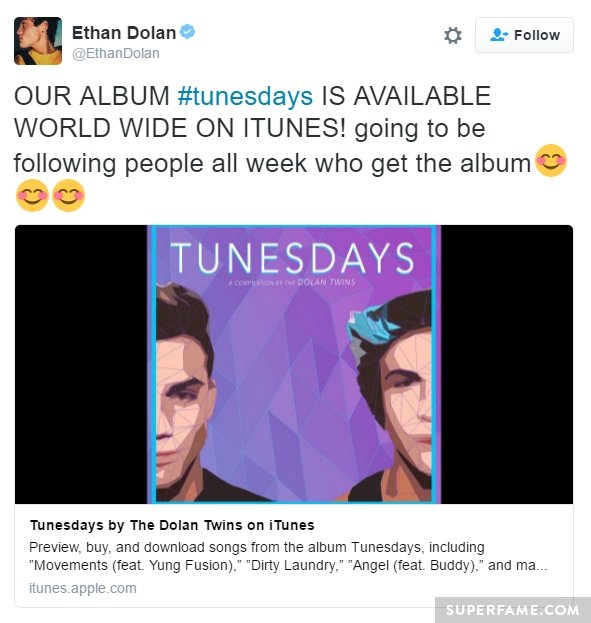 However, it seems like Jack Dail has not been keeping up with what his peers have been up to. He was confused when fans kept tweeting Tunesdays at him. “What is that? Why does everybody keep commenting that?” he asked.

After he learned that the twins were selling compilation albums for profit, he was baffled. “How is a playlist an ALBUM? Why don’t they just make FREE ones on Spotify?”

Jack was livid at the concept of compilation albums. “Whoever’s idea it was to take people’s music and use it for self profit. You are awful!”

He ripped into a fan of the Dolan twins. The fan told Jack that they “stan whatever the twins do” because “they love the twins”. “You are the WORST kind of person,” Jack fired back.

Although he once said that he wanted to date Andrea, Jack threw some shade her way when a fan asked him to watch her video about her album. “I could care less about her as well.” 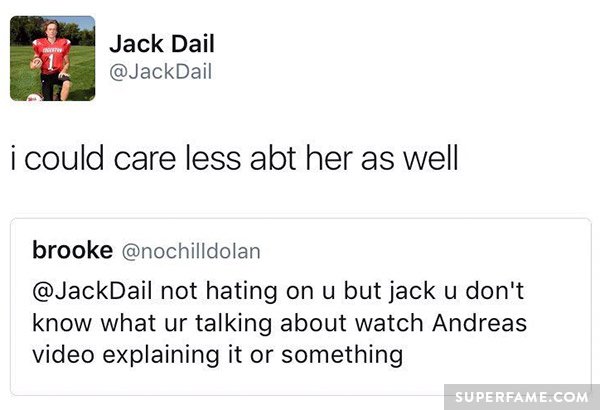 He quickly decided to delete his tweets, and tweeted that he was exercising “care-free living” by going on the rant.

Although he deleted his tweets, Andrea still saw the one about her.

She fired back, and accused him of “talking s***” about her and called him “dumb”.

The Dolans did not reply to Jack.