Jaclyn Hill posted an emotional video and begged fans to stop attacking her. Judging by the comments on the video, it doesn’t seem to have worked.

“Tonight’s video is going to be very different. I’m so out of my mind right now. I have never done anything like this before. Or put myself out there like this before,” she said.

“I had to get on here and talk about something. It has been weighing down on me so hard recently.”

Jaclyn Reveals Why She Recently Disabled the Comments

“In the past two weeks, I have had to disable the comments in two videos of mine. Which is the first time I have ever had to do that in my YouTube career.” 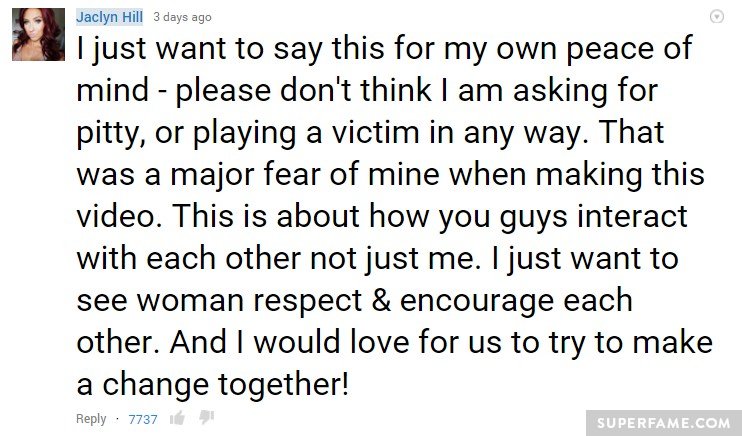 “I know there are thousands out there that are scared of leaving comments on my videos because of the negativity that has been happening. It has just been getting so bad recently. I know I can’t make a change or make a stop to this. I want to make this video to try and do something about it. The way everyone is speaking to each other breaks my heart.”

“People are so mean to me and rip me apart on the daily. It’s so much worse than that recently. Someone will leave a comment that’s not even rude. Then someone will come in and accuse them of being rude. It will go back-and-forth and get so out of control. Nothing but people cursing at each other, telling each other how ugly they are. B******! You’re a s***! What is going on? This is makeup.”

“If you think I’m ugly, or my broken crooked nose disgusts you, or my lips are too thin. Or you think my personality is fake. Don’t watch me.”

“I am in no way expecting anyone to feel sorry for me. I love my life. This is not just about me.”

“Everyone leaving these comments are not satisfied or happy with their lives. If someone leaves me a nasty, disgusting comment, I delete it. I don’t appreciate it.”

“It’s getting so vicious out there. When you’re typing on your keyboards, you’re typing into a person’s heart. You can cause them emotional damage.”

“They say they want to give me constructive criticism. And then they tell me I’m fake, money-hungry and a b****.”

“60 comments later, they’re like… you’re an ugly hoe! You don’t deserve the love of a man. You’re going to be alone forever.”

“I’m not always happy and peppy. I have been diagnosed with OCD, depression, anxiety, panic attacks, agoraphobia. I have so many mental issues. I was going to a therapist two times a week for two-and-a-half hours for two years.”

“Let’s all empower each other. Nobody ever becomes successful by kicking others down.”

“I know I can’t change the world. I’m not God,” she concluded. 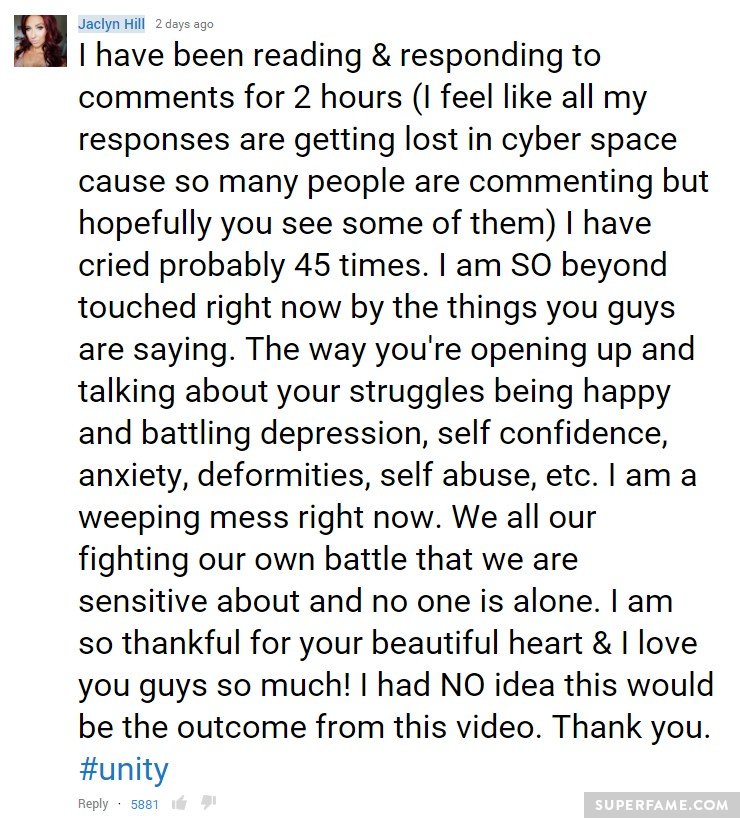 “I want you guys to put energy towards the greater good.”