The Janoskians have caused another minor internet controversy after Luke Brooks tweeted a Drake and Madonna joke that features the n-word.

Luke Brooks is clearly unapologetic, as he has previously used similar language on Twitter before, and refused to delete any of them.

“Drake the type of n***a to cry after Madonna kissed him, because he didn’t get to know her first,” Luke tweeted recently. 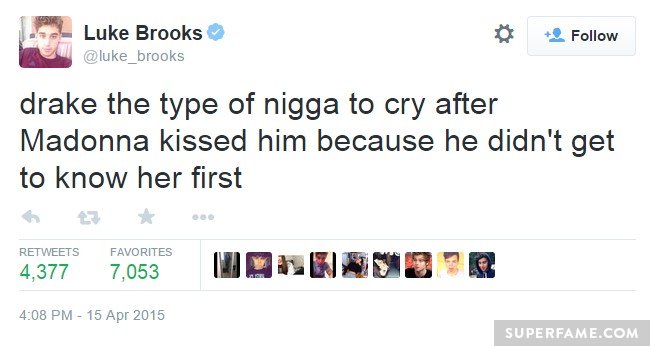 “So you said that if you saw Justin Bieber you’d be like what’s up n***er,” Luke tweeted to friend Daniel Sahyounie once. 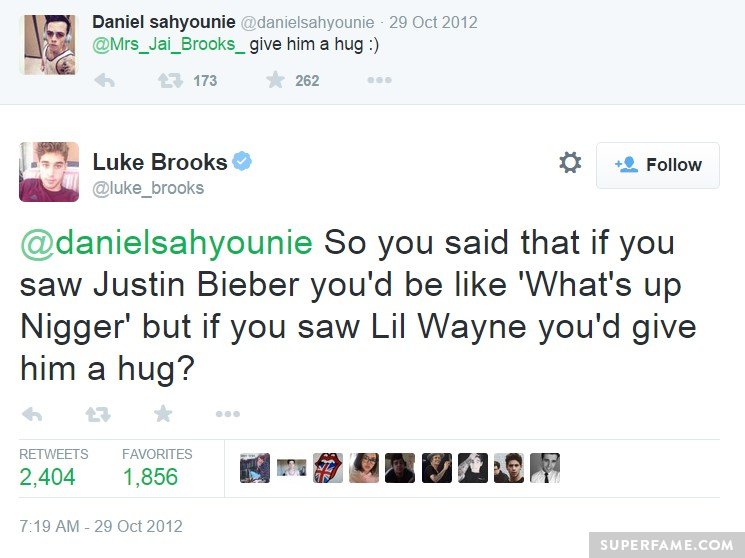 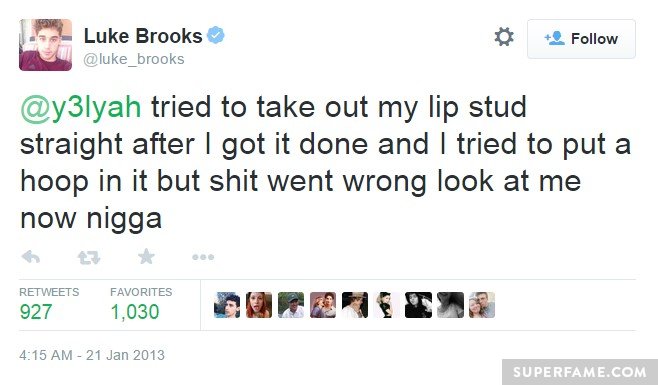 Luke Brooks is not the only tween-targeting celebrity that has been caught using the n-word.

One Direction’s Louis Tomlinson was heard making a “n*g” comment in a blazin’ video with ex-member Zayn Malik – while Justin Bieber also famously sang “There’ll be one less lonely n***er” in a leaked video.

Some Fans Criticize Luke: “You’re Not Black! Delete This.” 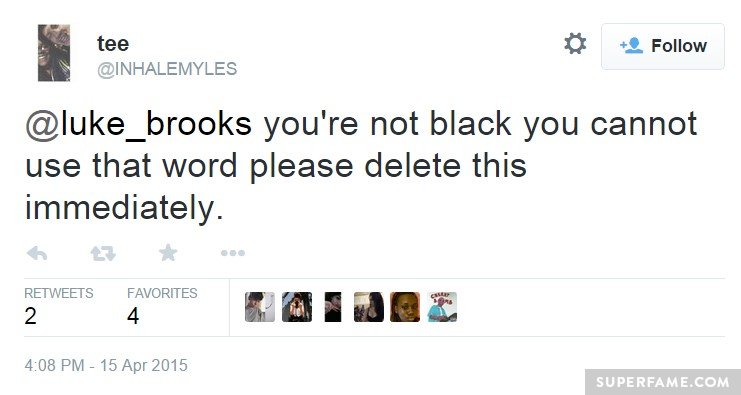 Other Fans Defend Luke’s Joke: “It’s Not Even a Bad Word!”

Others defended Luke against accusations of racism. “Everyone does it though,” one fan said. “N***a isn’t even an insult.”

Do you think this is hateful or harmless?