Jenna Marbles, Zoella and Meg Turney battle for to be the world's sexiest woman. (Photo: YouTube)

Over one million votes were cast to decide FHM’s 100 Sexiest Women In The World: 2015 Edition.

British tabloid fixture Michelle Keegan topped the entire list, and is your current reigning Sexiest Woman in the World. Kendall Jenner rose to #2, while Jennifer Lawrence fell from her previous #1 spot to #2. Kate Upton closed in at #4.

The steamy FHM issue is set to go on sale on Thursday, 30 April.

If ladies aren’t your thing, FHM’s partner magazine Heat released their Hottest Hunks of 2015 list – although no YouTubers or Viners are on it.

Over on the YouTuber front, Meg Turney got the highest placing at an impressive #20 spot. The red-headed Texan gamer thanked her fans for voting.

Zoe Sugg also entered the list – as the 34th Sexiest Woman in the World.

“#20! Thank you so much to everyone who voted! You guys are amazing!” Meg tweeted in reaction to the news. 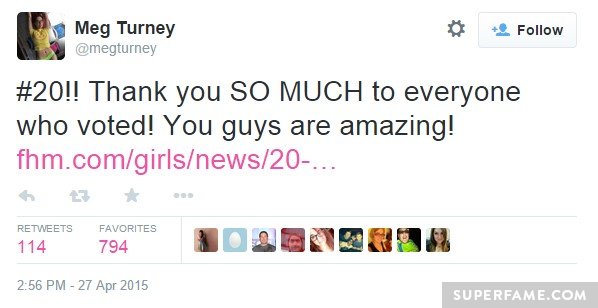 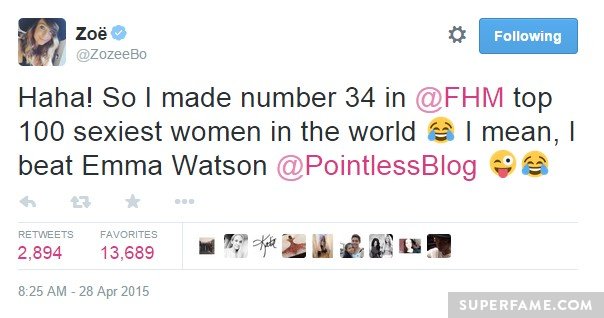 Who do you think are the sexiest female YouTubers around? Or is this list just insulting?