Beauty guru JLovesMac1 excited her fans by accidentally getting her girls out on YouTube.

Jarmaine, who often talks about her breast augmentation on her channel, took things one step further with an accidental double exposure.

In her latest video, Jarmaine had an “Infrared Sauna Detox” segment. She showed a clip at 2:51 that accidentally revealed it all.

Both of her girls were revealed at the top right corner of the video.

The bold beauty guru did not bother to remove or edit the video, and linked fans to the video to have a watch.

Jarmaine’s fans initially brought the accident to her attention.

After a while, Jarmaine’s news spread like wildfire on social media. Many brand new viewers came to her video to experience the girls firsthand.

“You should make more videos like that!” one new fan helpfully suggested. 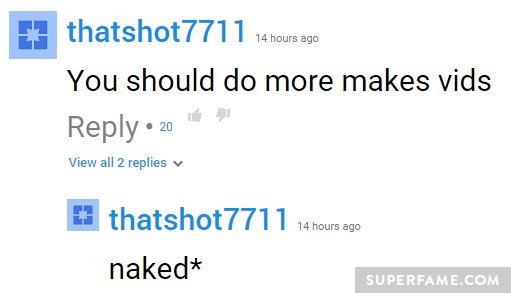 “Wow! Do MORE! I will be a loyal fan,” another excited new user wrote.