Radio 1 listeners have been voting for weeks and the results were all revealed at the SSE Wembley Arena.

If you don’t remember, Zoella won this award last year.

Joe Sugg beat out his own sister (and reigning champion) Zoe Sugg for the 2015 Best British Vlogger title. 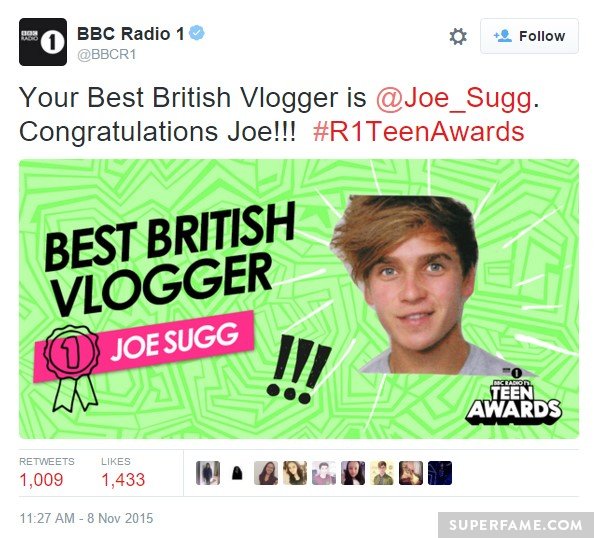 Dan and Phil presented the award. “Hello Wembley! Phil, you are live on camera to thousands of people in an arena!” Dan warned.

“I didn’t know I needed a big entrance. I would have come in dancing with a top hat,” Phil said.

“I got a strange mental image of Phil standing on a piano, wearing fishnet tights now!” Dan revealed to screaming fans.

By the way, Troye Sivan was also there hosting!

One Direction basically had no competition for the Best British Group category, other than Little Mix. They also got a Best British Single award for Drag Me Down.

Justin Bieber also surprised fans with a shock performance at the show.