The war between Shawn Mendes and Justin Bieber for a Fan Fave MuchMusic Video Award is reaching fever pitch – with some collateral damage in the form of Taylor Caniff.

It’s a straight-up hashtag competition, with #ShawnForMMVA and #JustinForMMVA being the top two contenders for the win.

Taylor Caniff, along with all his Magcon pals, naturally backed their buddy Shawn Mendes to beat Bieber – and the Beliebers aren’t happy.

Taylor Caniff angers the Beliebers with what is widely believed to be Bieber shade.

“How can you win an artist award this year, if you haven’t even put out a single out by yourself yet this year?” 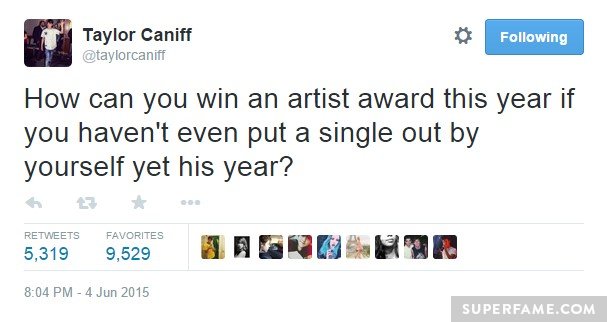 Justin fans immediately went in for the kill. “Die already, rat! Die you ugly c***! I hope you die!”

Taylor Caniff Laughs off the Hate, as it Starts to Trend Worldwide

Taylor found the hate hilarious, and laughs it off in a 13-second clip. 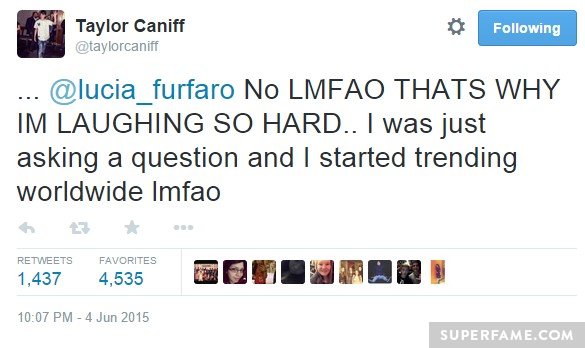 He mocked the attention by mocking himself. “I’m a trash can. I’m poor and don’t have 50 million followers. I f****** suck at everything. Even at sucking, I suck!” 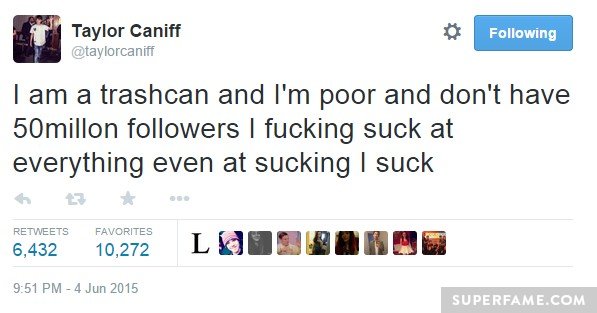 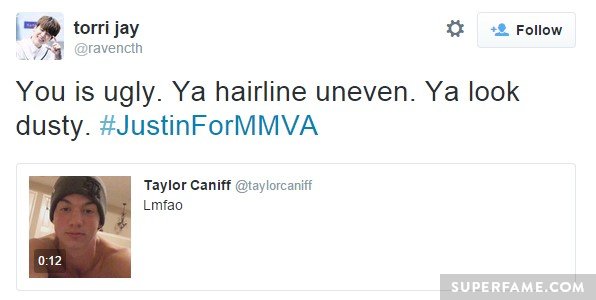 Taylor Caniff Responds to Being Called “Ugly” By Thousands

The “ugly” attack was so overwhelming that Taylor decided to respond to one of the accusers, who called him “ugly” compared to Justin Bieber. 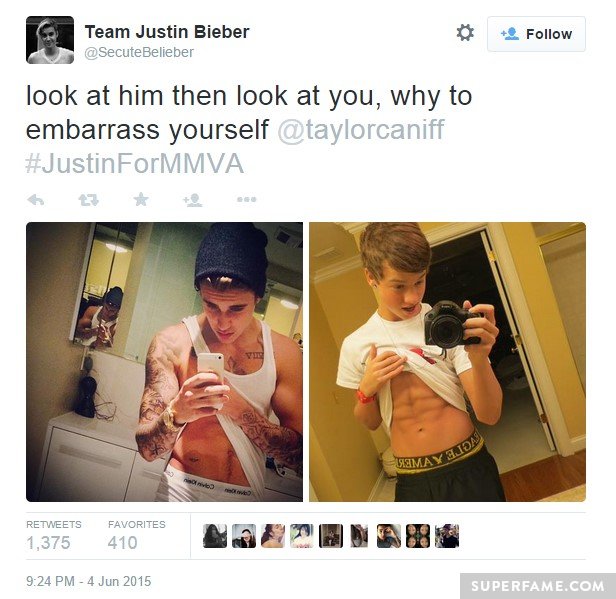 “What does being attractive or not have to do with anything?” Taylor asks the fan.

“I’m a fan of Justin and Shawn, I’m just close with Shawn and support him a lot!” he explains to fans. 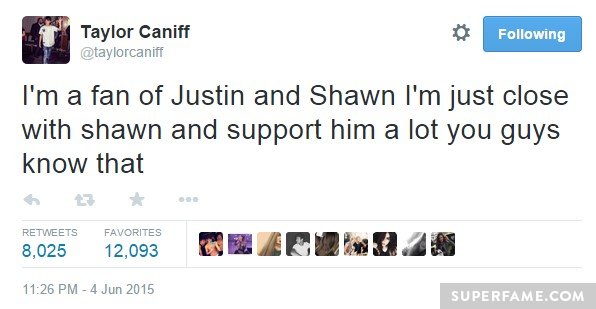