Lohanthony was left red-faced after he wrongly accused Alx James of ripping off his friend’s Vine.

Anthony, who was watching movies on an airplane, mocked Alx’s face and age. He also branded Alx “evil” – and even blocked him.

Alx didn’t hold back either, and brought up the fact that Twaimz was now significantly more popular than Lohanthony.

In the Vine, Alx pays for the services of a prostitute, played by Brittany. Brittany says the punchline, “Debit or credit?” Alx then swipes his card down her a** to pay.

Alx also tagged Michael Dennis, who did a version of the Vine in 2014.

Sydney Ok (Sydney Smith) wrongly thought that Alx ripped off her Vine, which she posted on September 26, 2015. “I love originality. They made it SO MUCH uglier.” 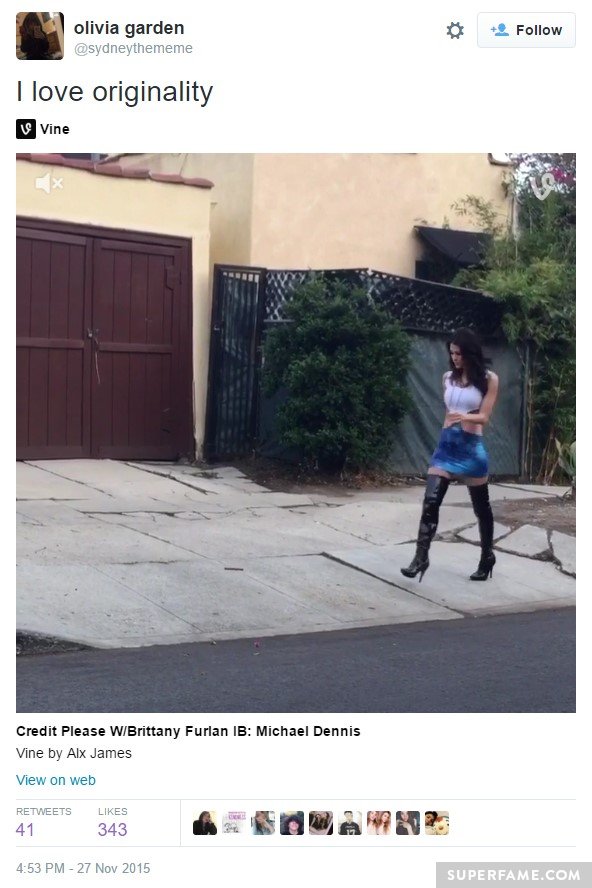 Here is Sydney’s Vine. She uses the same “Credit or debit?” punchline.

“They needed inspiration from MY Vines,” she tweeted. 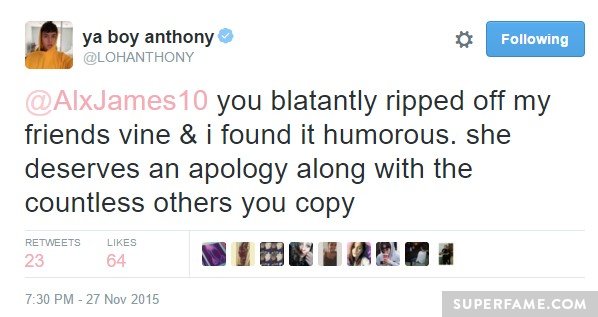 Lohanthony threw some shade towards Alx and Brittany. “They are still making Vines? Lmao.”

Alx James Fires Back With a Twaimz-Related Diss

Alx reminded Lohanthony that his YouTuber career was fading fast. “I thought Twaimz buried you alive.”

Alx reminded Lohanthony that he tagged and gave credit to his friend Michael Dennis for the idea. 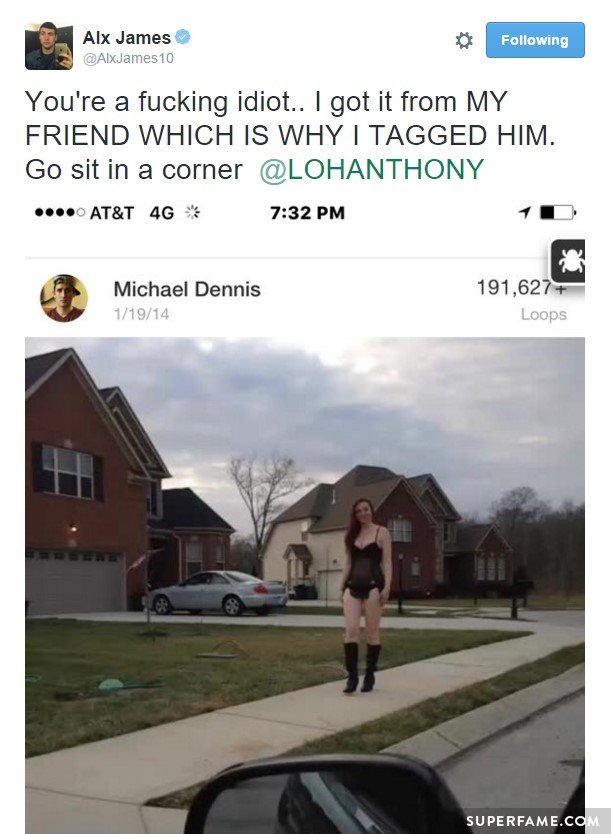 Lohanthony took aim at Alx’s appearance, and made a plastic surgery jibe.

Alx said he was proud of his new face. 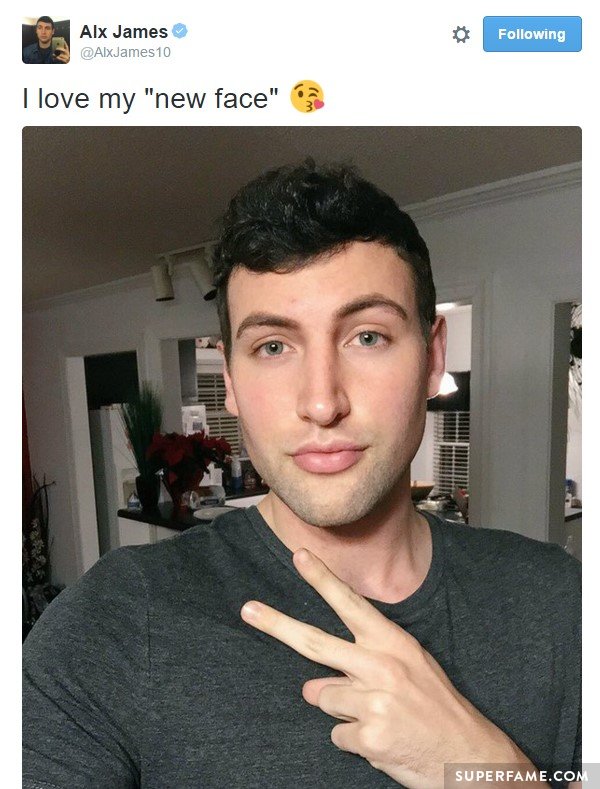 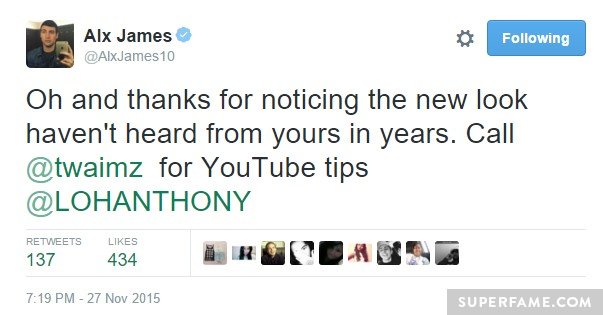 16-year-old Anthony went for Alx’s age, and said that a 34-year-old shouldn’t be fighting teens on Twitter.

Lohanthony fired back with shade.

Alx Reminds Lohanthony That He Started It

Alx reminded Anthony that he was the one who started the fight in the first place. “In case your dumb a** forgot. Don’t talk s***, little boy.” 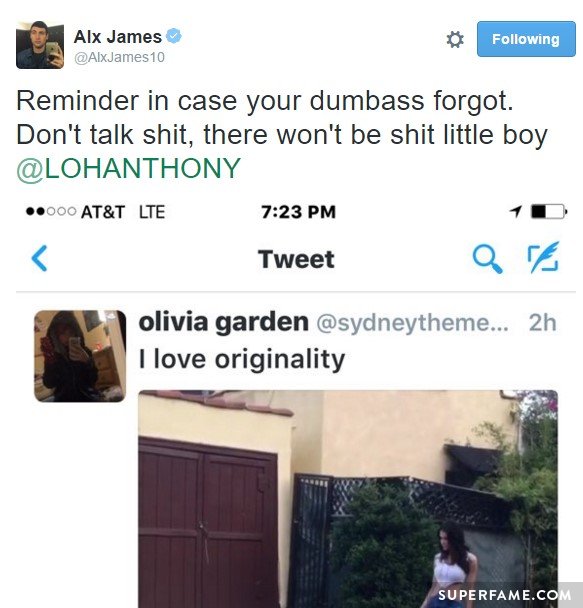 “You commented on MY Vine.”

Lohanthony called Alx a “sad person”. “How badly do you need retweets?” 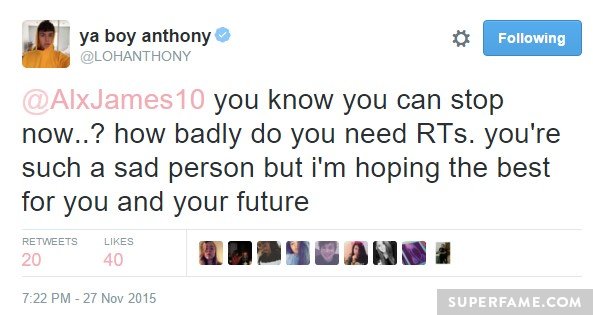 “He is straight EVIL,” Lohanthony said to a fan. “His followers have the audacity to root him on!” 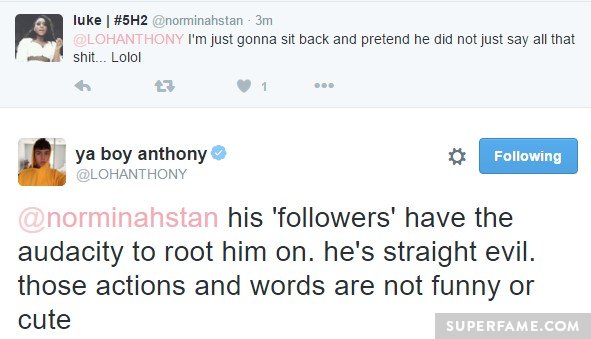 Alx revealed that Anthony blocked him. 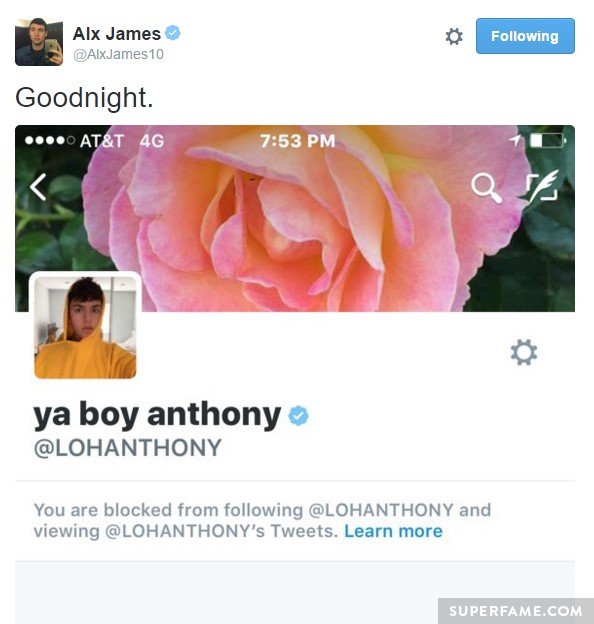 Anthony went on a indirect rampage. He replied to a fan who claimed that devout Christian Alx was on Grindr during VidCon. 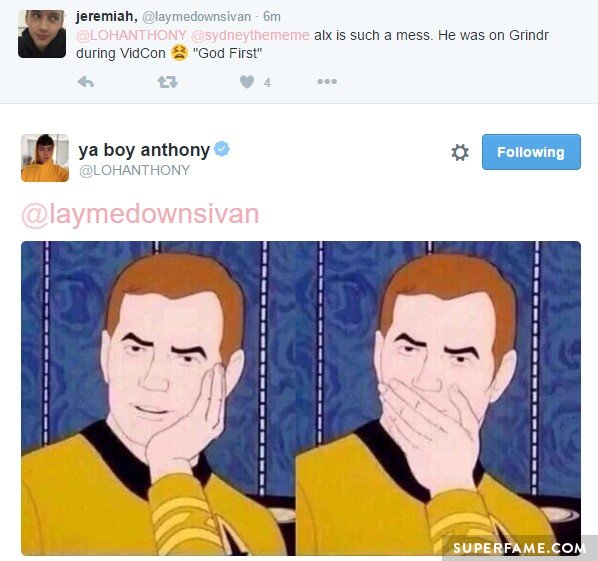 “Honestly sad! Anyone have a therapist they can recommend?” 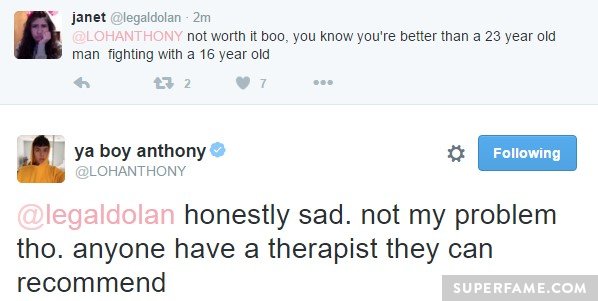 A fan volunteered for the therapist job. “Go awf, sister!”