Lohanthony broke down in a touching video, after he found out that one of his fans committed suicide after being “bullied for loving Lohanthony”.

Unluckily for him, the entire plot was a devious ruse by a catfishing troll.

Twitter user @lohcianna (who later changed their username to @ycianna), originally made a series of tweets leading up to a shocking “suicide”. 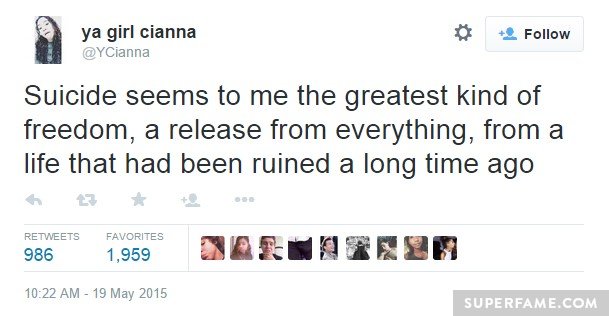 The troll claimed the reason was because they were “being bullied for supporting Lohanthony”.

They pretended to be another unsuspecting girl on Twitter named @MercyJ_.

Fans were immediately taken in, and trended #RIPCianna worldwide. “You’re in a better place now and I’m so sorry that you had to go through with what you did,” many distraught fans tweeted.

Lohanthony Breaks Down in Tears

Lohanthony found out about the (fake) news, and was beside himself.

“My eyes are filled with tears…my heart is so broken,” he tweeted. 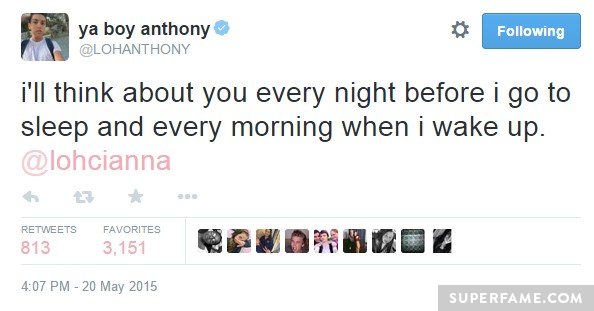 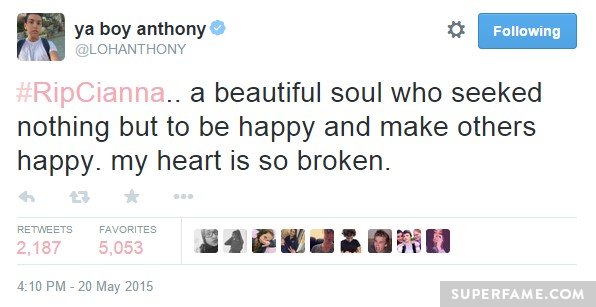 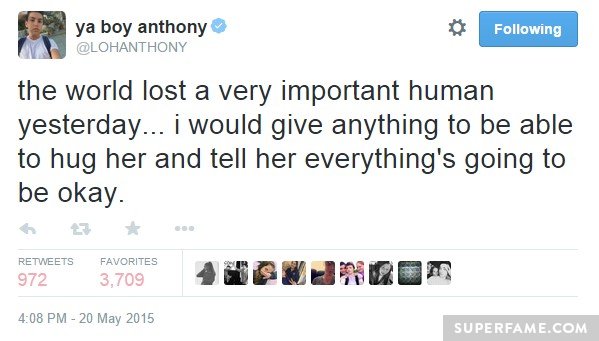 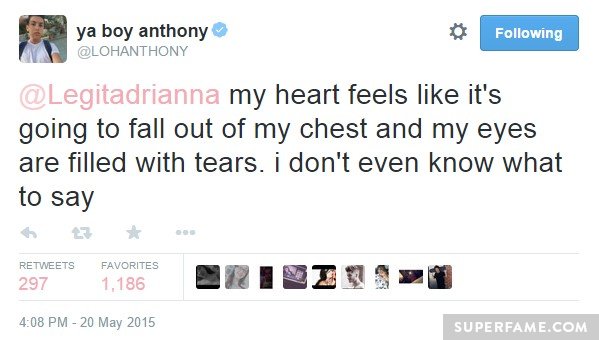 He was so touched by her “story”, that he postponed a Billboard Music Awards video – for a serious suicide-related one.

“I lost a viewer of mine…she had a future and a life ahead of her. It really hurts,” he said.

“My stomach is just twisting and turning, and I feel I’m about to throw up.”

Fans Expose the Account as a Fake & Lohanthony Is Livid

Fans later realized that the user stole photos from Twitter user @MercyJ_, who assured fans that she was NOT dead. 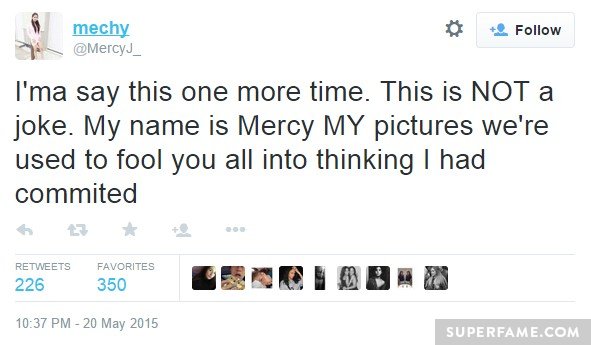 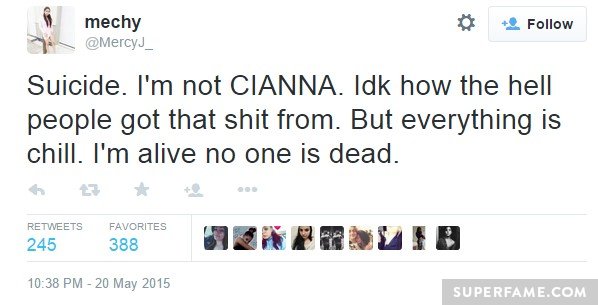 Lohanthony was beyond disgusted. “Fuck you,” he fired at the mystery troll.

“I cried real human tears, and felt remorse and sickness over something that didn’t even happen.”

“I feel more sick than before.” 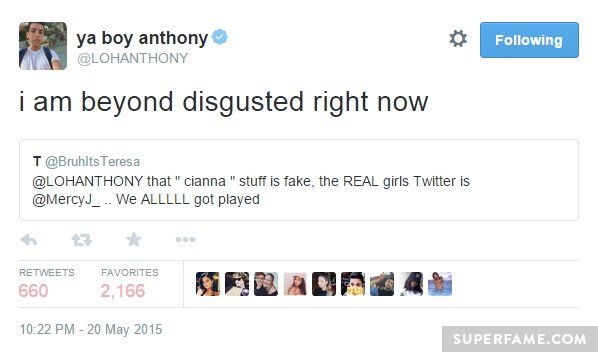 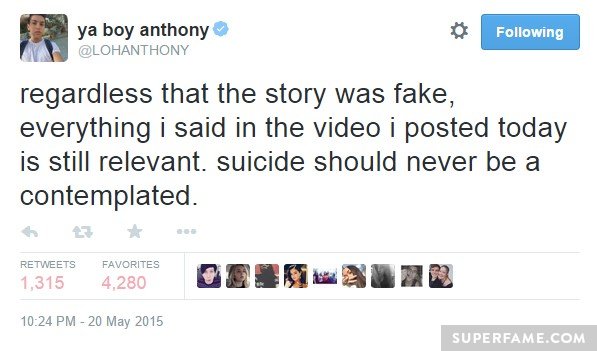 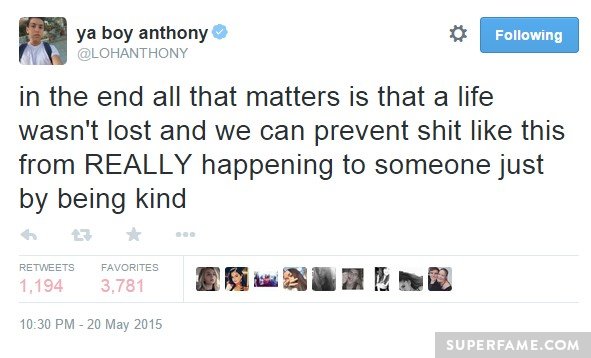 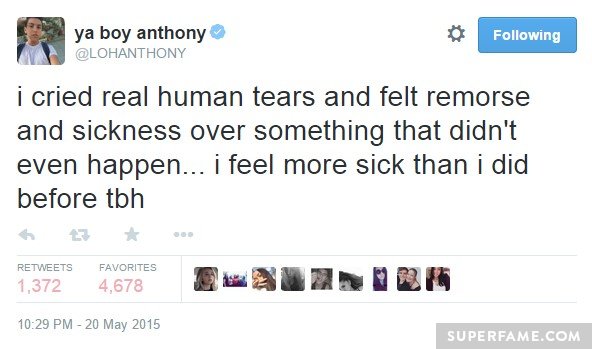 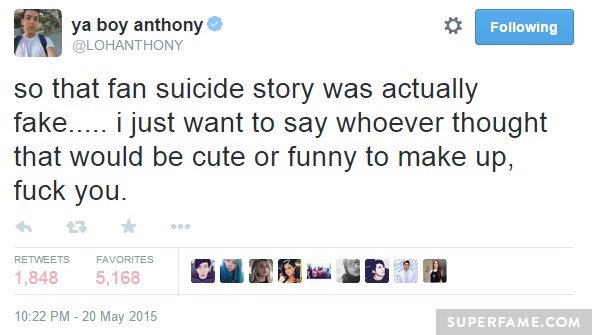 However, he does not regret making his suicide-related help video. “Suicide should never be contemplated.”

Are You Dealing With Feelings of Suicide?

Know that there are always people ready to listen to you.

Simply Google “suicide help”, and Google automatically finds your location and pops up an appropriate help center in your area.