Madison Beer found herself embroiled in some drama today after she was spotted puffing on a cigarette.

The 17-year-old was photographed with a lit-up cigarette in a parking lot, which caused controversy amongst her fans. 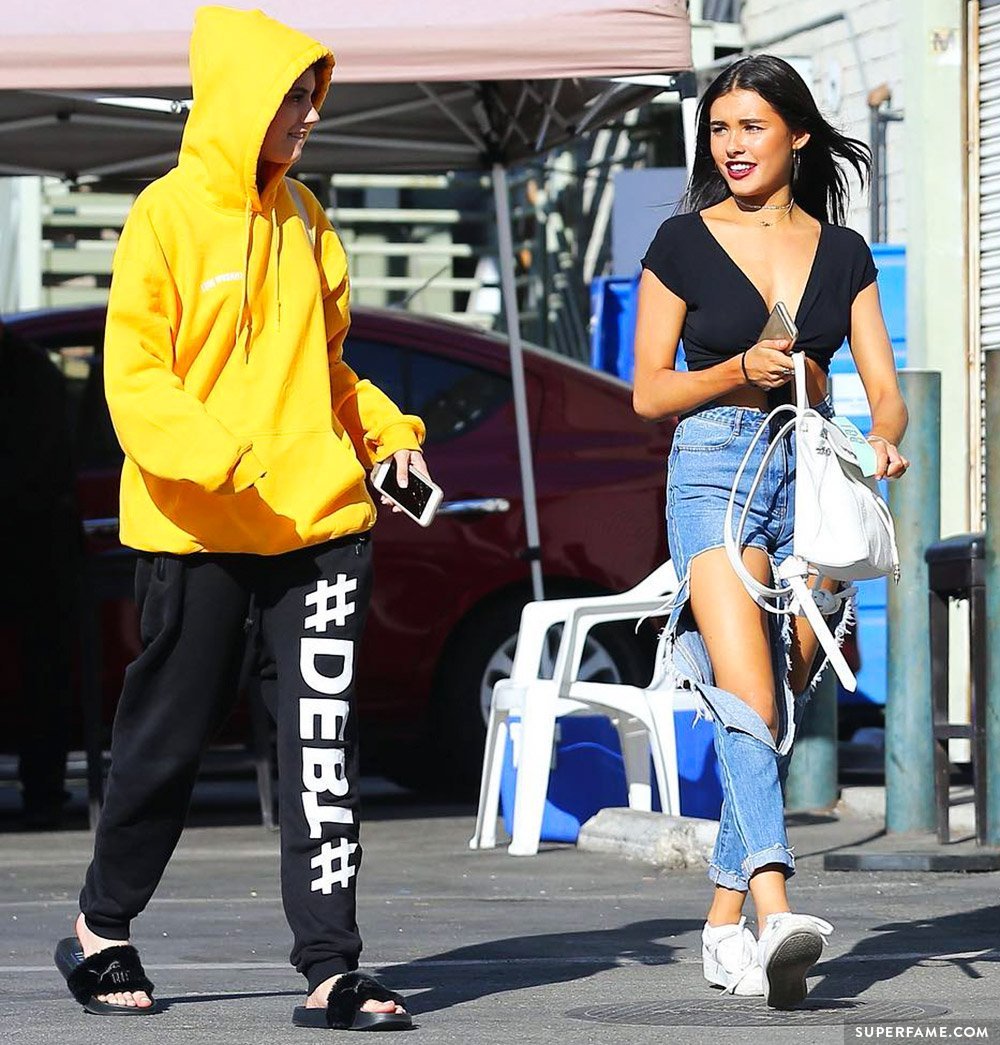 In California, it is illegal to sell tobacco to anybody under 21.

Madison Beer Smokes a Cigarette in Front of the Paparazzi

Madison Beer went shopping at a Halloween store in Hollywood yesterday, and was “found” by the paparazzi when she exited. She was wearing some very ripped denim jeans and a tied black top – and brandished her white handbag. 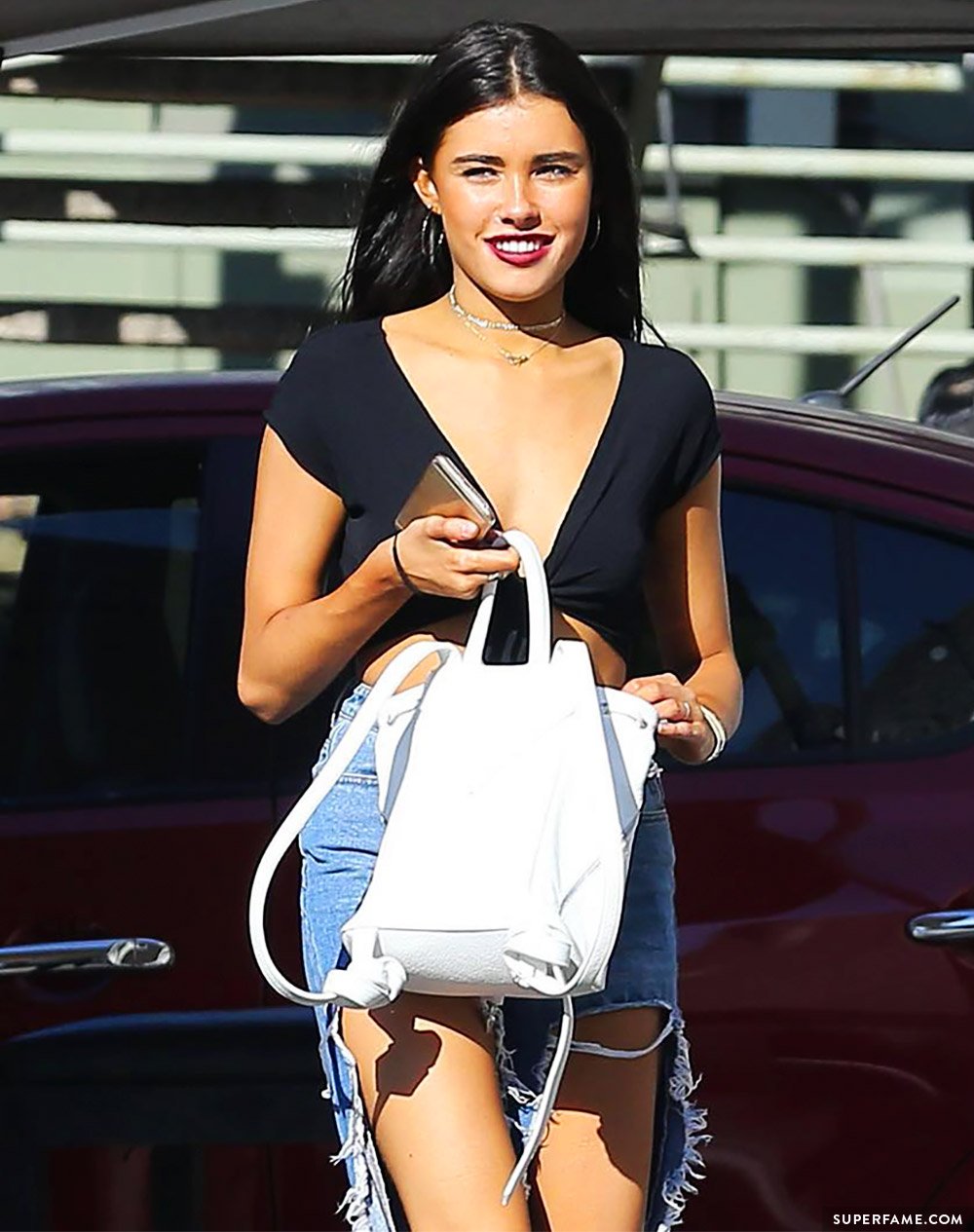 She then reached into her handbag and lit a cigarette in her car. 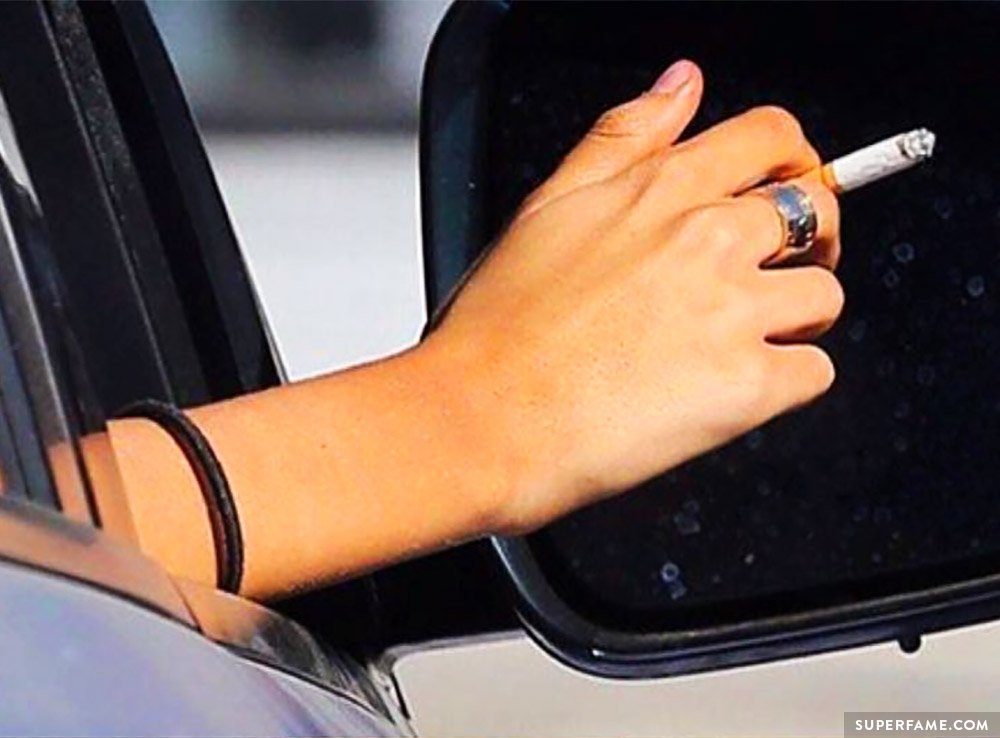 Madison Beer Defends Herself: “I Just Wanted to Try One!”

After the photos surfaced, fans and haters alike swarmed to criticize her. “She calls herself a good role model and influence?” one angry fan wrote. “I am so disappointed in her.”

Madison went on Instagram and defended herself. “I am seventeen and I tried a cigarette!” she confirmed. She revealed that she was not actually trying to hide anything and knew the paparazzi were following her. 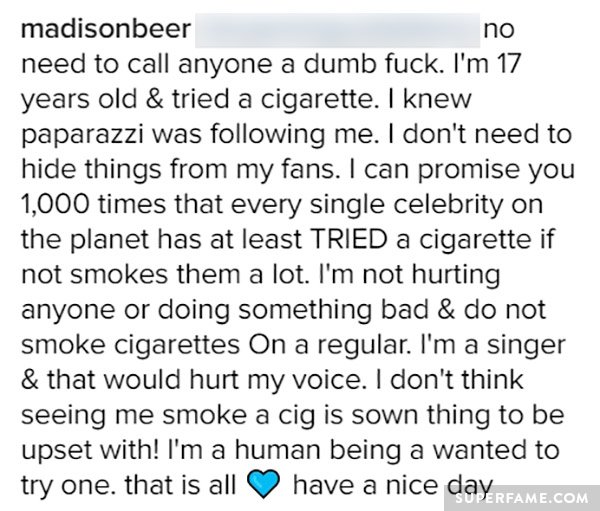 She used the “everybody else is doing it” excuse, and said that “every celebrity” either smokes profusely or has tried a cigarette. “I am NOT hurting anybody or doing something bad.”

Madison explained that smoking regularly would damage her voice. 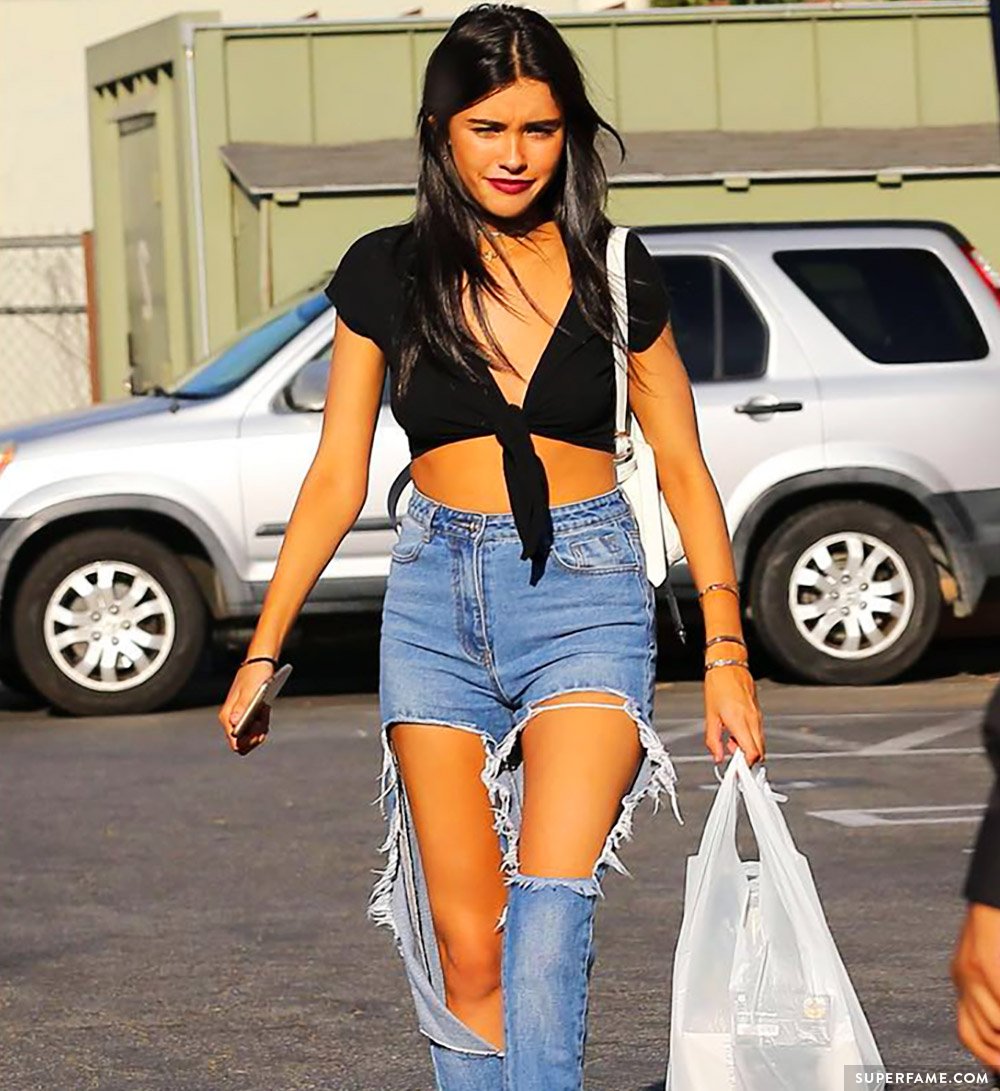 Madison said that fans should not be upset with her. “I am a human being and wanted to try one.”