Maggie and Carter went at each other again. (Photo: Instagram)

Carter Reynolds and Maggie Lindemann recently had another Twitter scuffle.

Here’s what happened this time!

A few days ago, Carter tweeted, “Fuck my ex!” He could have been referring to any of his exes.

A fan also tweeted him, and told him to “drop Maggie and move on” because he’s “better without her”.

Carter claimed that he already moved on. “Trust me, I know!” 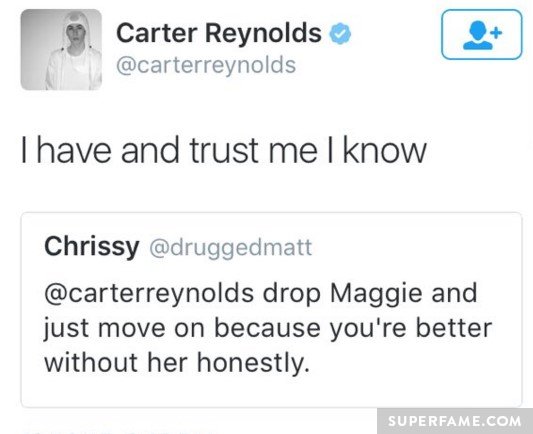 Maggie revealed that Carter was definitely not over her.

She told fans that Carter still tries to contact her mother, in a bid to get to her. “Then stop asking my mom to meet with me!”

She also liked this tweet about “not inviting toxic people back into your life”.

Carter Reminds Maggie That He Made Her Famous

Carter quietly fired back via his likes.

He liked this tweet. “You wouldn’t have any fans if it wasn’t for Carter!”

Maggie was also caught in some drama after fans assumed that this particular tweet was about Carter. It wasn’t. 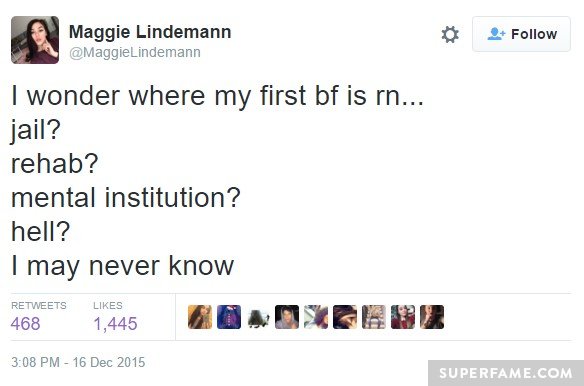 She denied that this was another Carter jab. “You all don’t know him! Settle down.”

“Unless you personally know me… you don’t know who my tweets are about.”