Matt Espinosa showed up at VidCon as his rapper alter ego “Papa Squat, O.G.”, as an inside joke with fans.

Matt Announces That ‘Papa Squat’ Will Be at VidCon

Matthew joked that his “uncle” Papa Squat was going to VidCon instead of him. 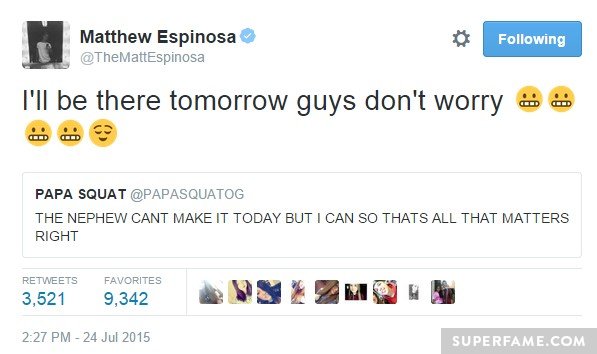 “The nephew can’t make it today. But I can!” he tweeted on his ‘Papa Squat’ account.

He urged fans to say hello to him. 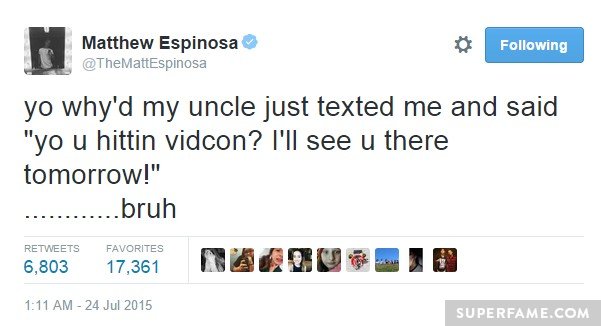 Matt Espinosa Gets Mobbed by Fans at VidCon

Everyone knew who he was, so he was quickly mobbed by fans.

He made his away around the venue, amidst delighted screaming fans. 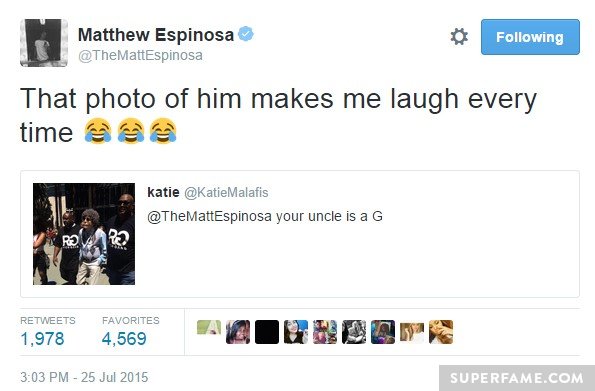 “Hahahahahaha! Why am I just now seeing all these photos of my uncle at VidCon!” 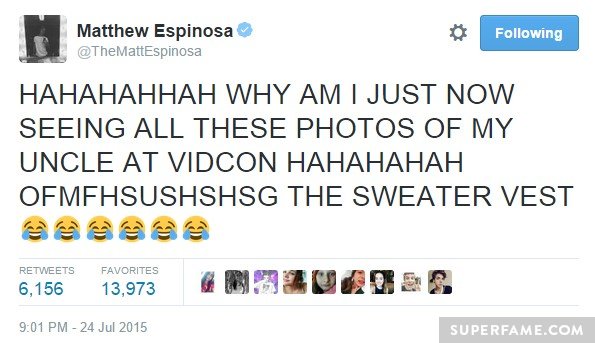 After some fans criticized him for being racist, he laughed at them.