Nash Grier is upset after his outfit was trashed. (Photo: Twitter)

Nash Grier showed up at the Teen Choice Awards in a 90’s inspired denim-on-denim outfit – but E!’s Fashion Police Twitter account was not a fan.

Nash took it personally, and fired back on Twitter. 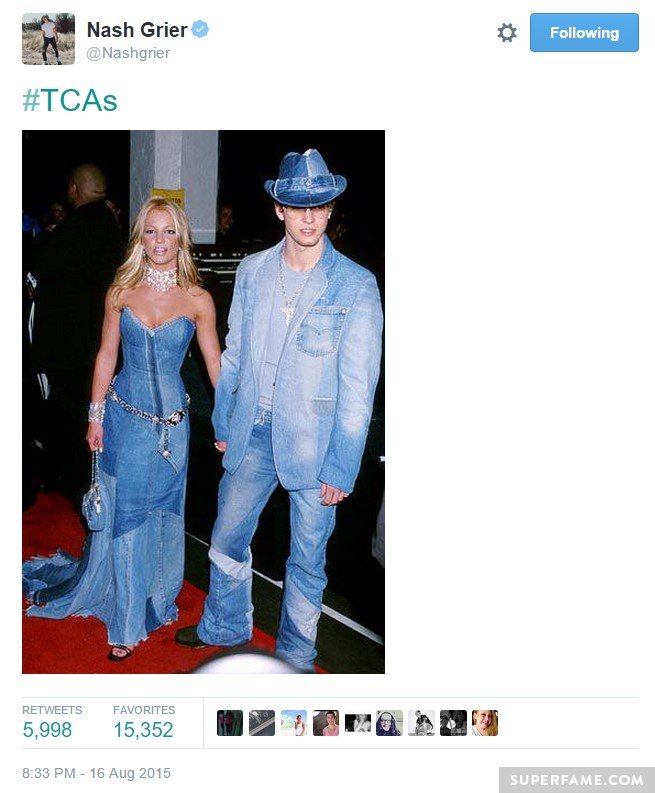 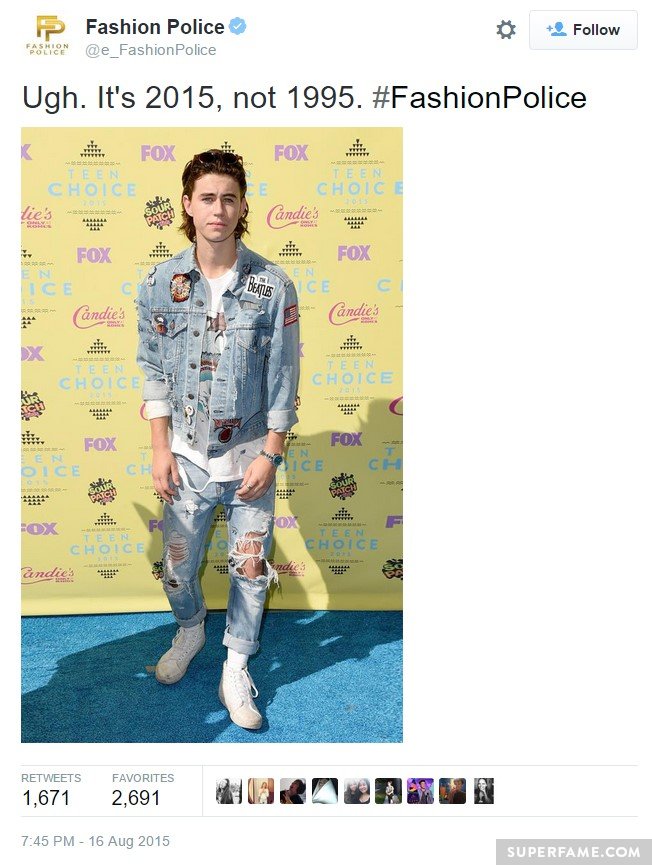 He also made it onto Sugarscape’s Weirdest Dressed List. “Yes, but what the actual fuck is Nash Grier actually wearing?” they tweeted. 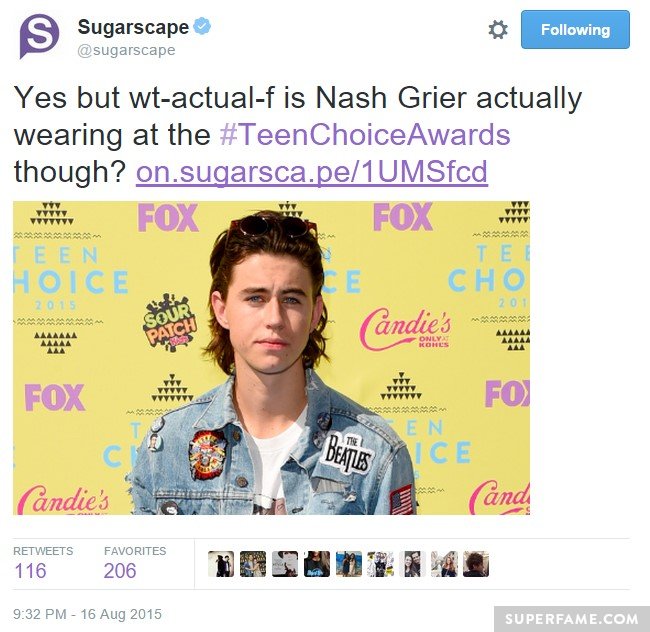 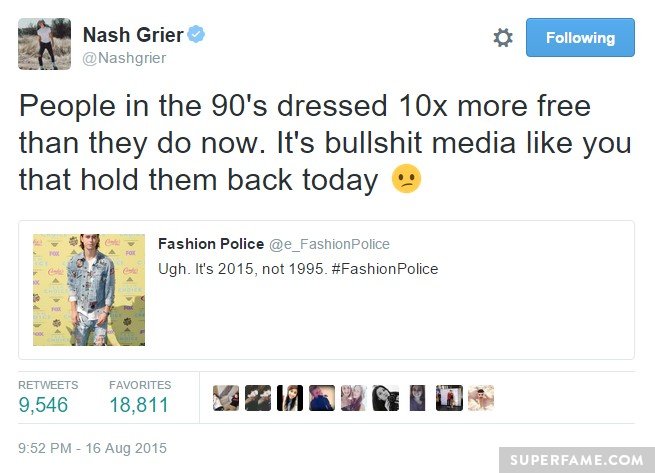 “Do not ever feel like you need to live up to social standards,” he told fans.

“Never let someone stop you from expressing yourself,” he continued.

He even fired back at a fan who questioned why he donned this particular outfit. “Because I can!”