It’s the season for giving, and Pewdiepie got a whopping $10,000 from one of his YouTuber friends.

But there was a catch!

His charity drive is part of a rather convoluted competition sponsored by the mobile game company Seriously, in conjunction with Ellen DeGeneres.

Pewdiepie’s water fundraiser has already raised over $26,000 as of writing. 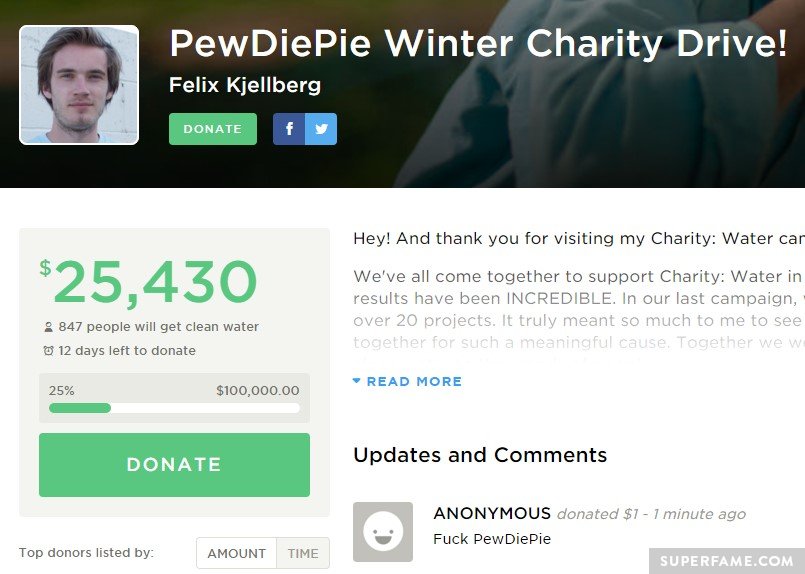 Jacksepticeye Donates $10,000, but Has One Sexy Request

Pewdiepie was very thankful for Jacksepticeye’s $5k donation. “I guess I have to go on that date you have been asking forever about now!” 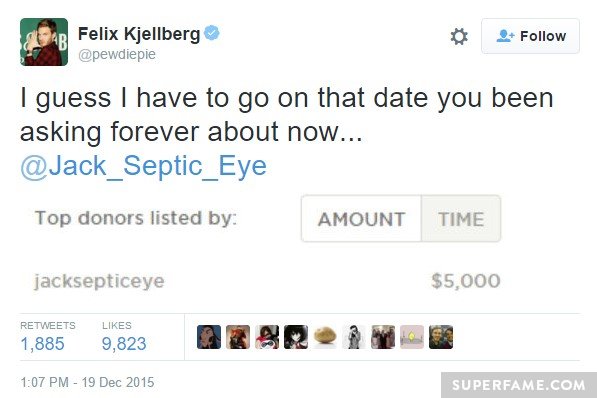 Jacksepticeye urged Felix to put on a sexy outfit, for a price. “How much for you to dress in a German Milk Maid outfit?”

We Photoshopped a helpful image for you.

Felix announced that he would put on the tights for another $5k. 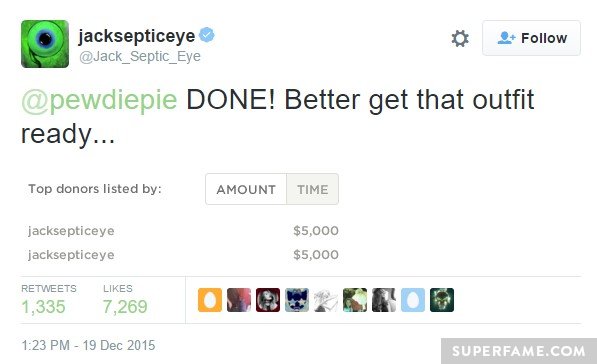