Pewdiepie has angered the fans of famous pranksters. (Photo: YouTube)

Pewdiepie’s satirical video from his YouTube Highschool series appears to have hit too close to home, for some prank fans.

From pranksters eschewing responsibility for violence, to “in the hood” pranks, and pranksters using their girlfriends for views – almost nothing was spared.

In the video, Pewdiepie’s prankster character clutches a “c*** board”, wears a “c*** hat” – and teaches a potato, Bro-tato, how to “get views” as a prankster.

By the way, people have actually set homeless people on fire.

Pewdiepie also had a line that referenced pranksters in glasses, hats and Lamborghinis. Sounds familiar.

There was also a segment where Pewdiepie pooped on Nicole Arbour’s b****.

However, it was the end of the video that got fans riled up – where actual pranksters were named and shamed.

He scrolled through a bunch of real prank videos, and featured everyone from FouseyTUBE to JinkiesTV.

He also specifically highlighted BFvsGF, Roman Atwood, and about 9 other YouTubers for “putting their girlfriend’s b****” in thumbnails for views.

Fans of the highlighted YouTubers did not take his comedic video very well. “Fuck you! Eat a bag of d***!”

Roman Atwood fans were the angriest, by far. “His pranks and vlogs do better and ARE better than your s*** gaming videos.”

Some wished death on him.

One fan called him a hypocrite, and accused him of also engaging in click-bait tactics. 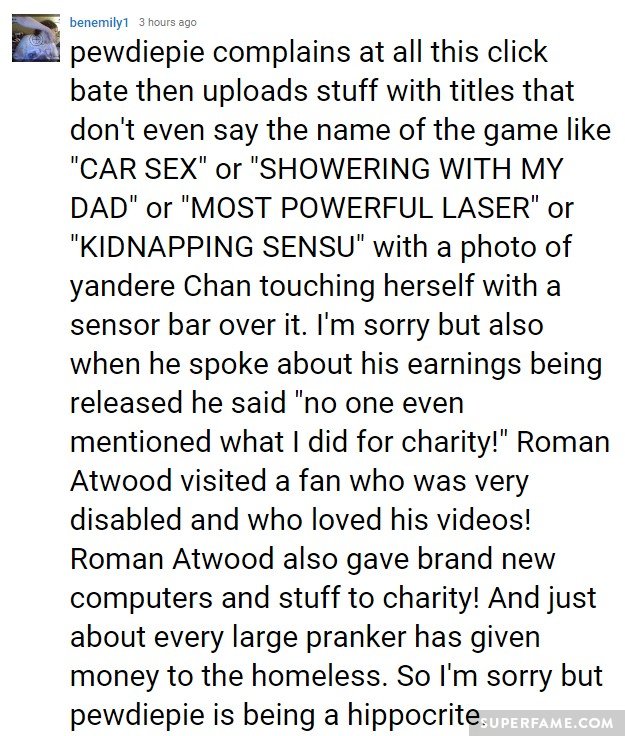 Pewdiepie fans weren’t very offended, and defended him. “Prank video guys are HUGE A******* and lame a** fakers.” 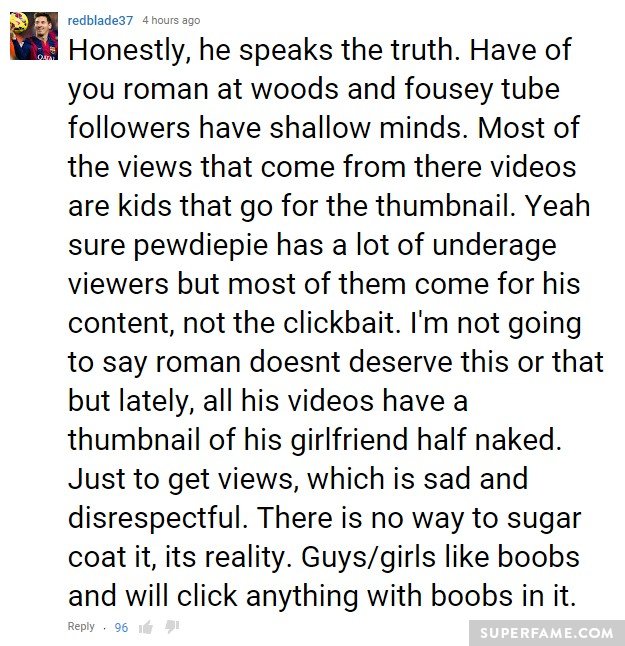