In a post already with 12,000 notes – 25-year-old Felix Kjellberg has come under fire for making a joke about pedophilia on Twitter.

It all started with an off-color joke on Twitter, where he decided to tweet a joke about “seeing t***” of 12-year-olds on Snapchat.

This tweet was in reply to YouTuber Matthew Santoro’s joke that “Pewdiepie” was his Snapchat account username. 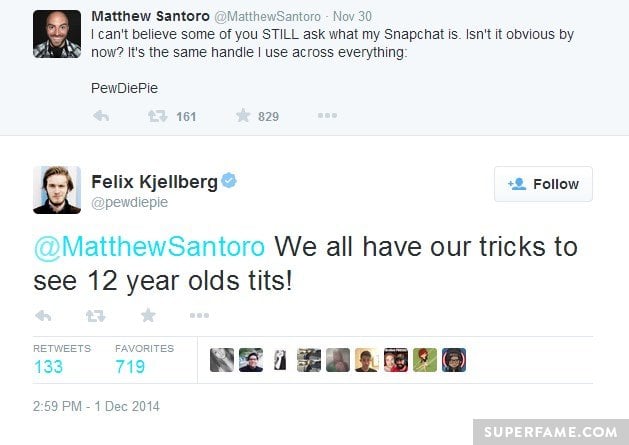 For whatever reason, their post then spread like wildfire, with thousands of users furious at the “inappropriate” joke.

The backlash was so big, that Pewdiepie then deletes his joke. Amidst death threats, Pewdiepie complains that Tumblr should “try again”.

The original poster of the tweet on Tumblr clearly did not mean for their post to blow up, and quickly deleted their original post after being barraged by a torrent of people questioning the tweet after it was deleted. “I don’t care what it said,” they explained. “I tweeted the link so a friend could see it.” 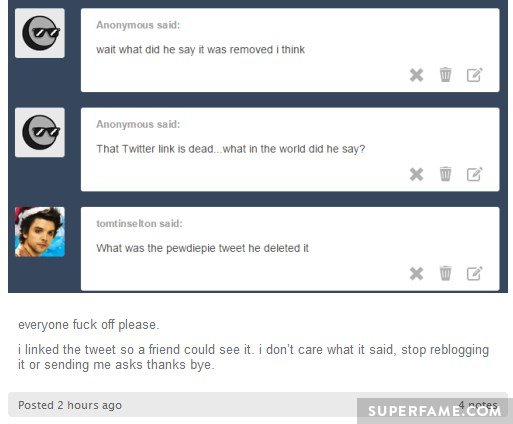 A nasty inappropriate joke, or a distracting waste of time for Tumblr’s social justice? Comment below!