Sam Pepper then made Golbach watch as a man “killed” his friend Colby Brock.

Golbach later took to Twitter to defend the prank. “I’m honestly not mad. I hope YOU can see the message behind this video.”

Sam grabbed a ton of headlines. 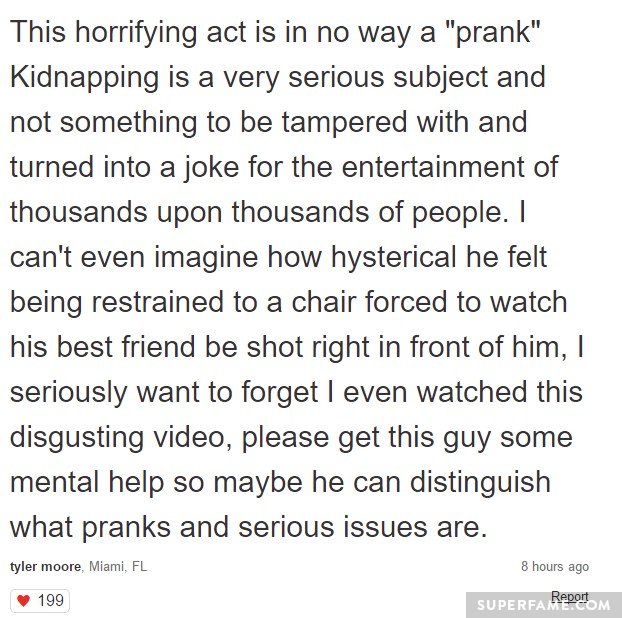 A lot of fans mentioned Paris.

Many urged Sam and YouTube to take the video down.

YouTube Tells BBC Newsbeat That No Rules Were Broken

YouTube said that the video did not break any community guidelines.

Sam’s video – and his channel – will be staying on the site for now.