Taylor Caniff recently revealed that he needed a gun for protection – for several reasons.

Obama recently stepped up his gun control efforts. As of writing, his administration is still preparing an executive order tightening gun access.

Taylor Is Not a Fan of Obama’s Gun Control Proposals

A few weeks ago, Taylor Caniff was definitely not a fan of Obama’s new gun control proposals. He made his thoughts known on his personal Facebook page.

“Obama needs to chill!” he wrote. He revealed that gun ownership was a necessity to him. “I gotta have a gun for protection… for several reasons…”

Fortunately for Taylor, Obama’s new policies would not bar him from keeping his gun.

His sister Kellie Caniff Bruce supported him. “You do! I get scared to be around you in public, because of the CRAZY things fans do sometimes.” 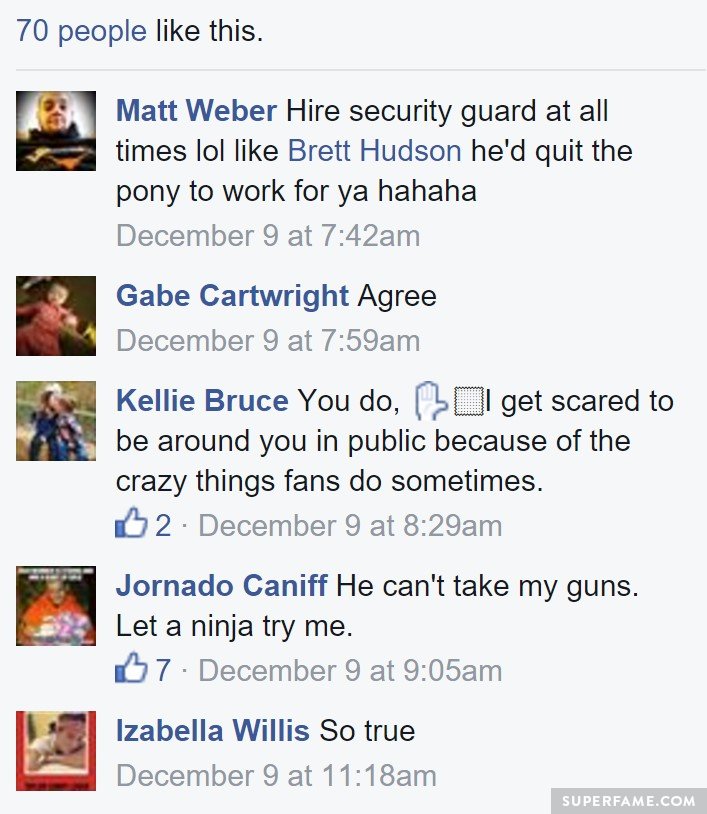 His brother Jordan Caniff joked, “He can’t take my guns. Let a ninja try me!”