Gabrielle Hanna, also known as The Gabbie Show, recently went viral on Reddit for all the wrong reasons.

“After subjecting myself to multiple hours of The Gabbie Show, I became increasingly jealous. So I am going to sit here and complain about a young girl just trying to make a living – just to make myself feel better,” the YouTuber joked.

The video was also posted on /r/videos with the title “The Gabbie Show (YouTube comedian) caught stealing all her jokes” – and it reached the front page of Reddit. 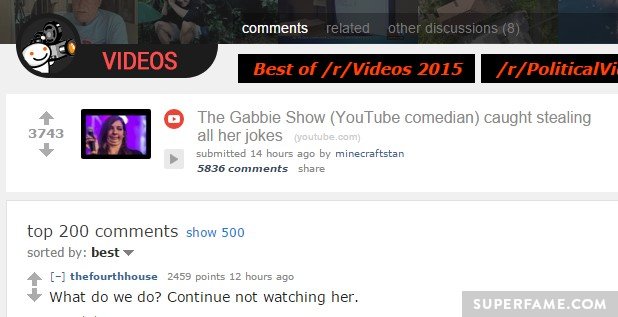 “Now, before I start, I want you all to remember that she has over 700,000 subscribers and won an MTV Video Music Award. I have no idea why people are watching her,” the YouTuber said in the voiceover.

The video then lists a few of Gabrielle’s allegedly copied jokes, including this one from Bo Burnham.

There was another supposedly “stoken joke” from Mitch Hedberg. 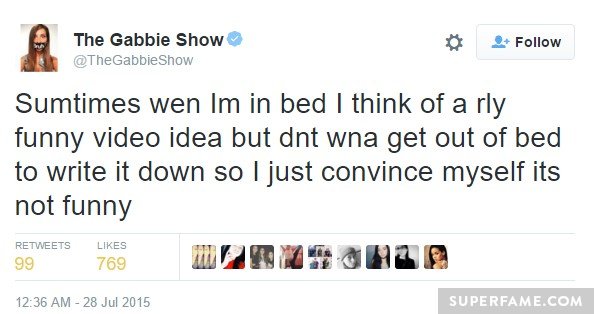 Finally, the video revealed that Gabrielle’s “Indians” joke in one of her YouTube videos was blatantly taken from Louis C.K.’s stand-up routine.

The Gabbie Show Responds to the Accusations

Gabrielle stumbled upon the viral video, and decided to respond. She started off by saying that she was not a “comedian” – just “an internet person”.

She defended her “Remember the Titans” joke and said that “two people might have shared a similar thought”. 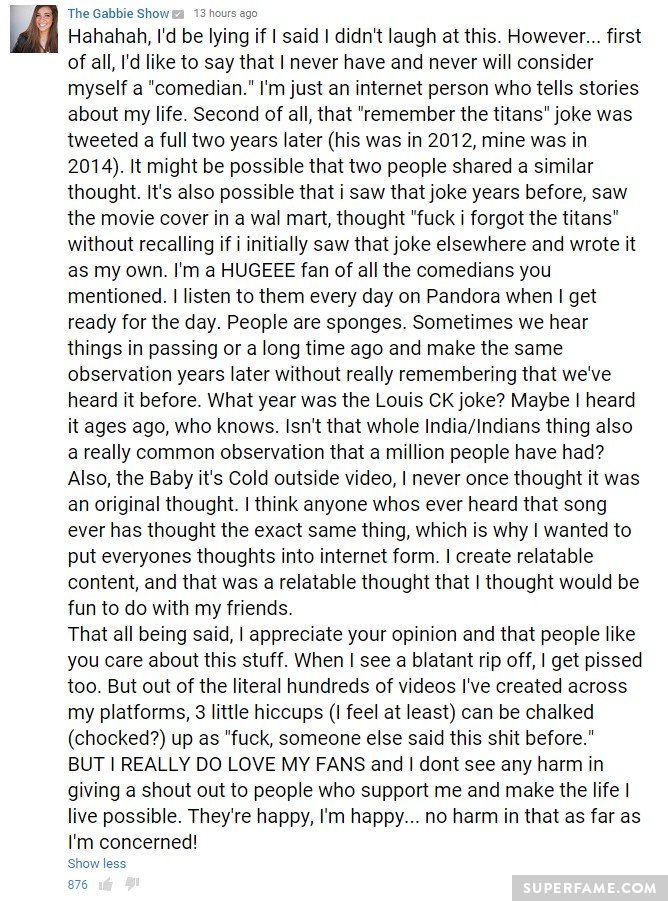 She said she was a “huge fan” of all the listed comedians. “I listen to them every day on Pandora. People are sponges.”

She put forward the theory that she might have accidentally “remembered” the Louis C.K. joke after hearing it from somewhere.

She thanked the YouTuber for calling her out. “When I see a blatant rip-off, I get p***** too.”

Unfortunately, Reddit was not buying her story, and continued to ruthlessly savage her in the comments – taking shots at her appearance, personality and weight.