Last week, Troye Sivan was whacked by a suspicious flying object during his Sydney concert.

Troye, who has a pretty good sense of humor, took it on the chin – so to speak.

Troye Sivan Is Hit by a Flying Water Bottle

It could have been worse. One Direction star Harry Styles was once attacked in the crotch by a flying water bottle, and toppled over.

Troye fans did not find the bottle-throwing funny in the slightest, and slammed the attacker in the comments. 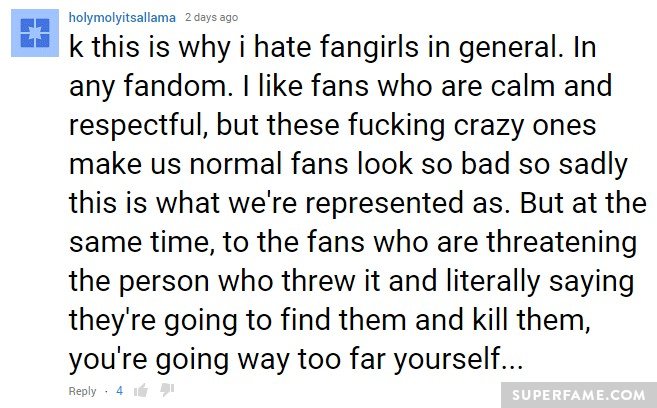 “Why would someone throw a bottle at him?” one fan asked. They assumed the thrower was a hater. “Why would you pay $100 to see somebody you hate?” 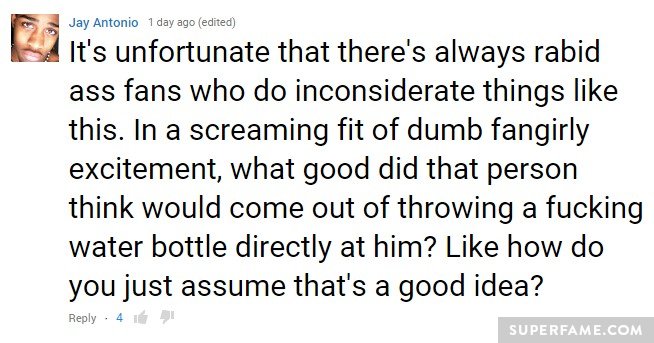 “I will KILL the person who did that,” one fan threatened.

Some fans thought that the bottle hit the mic, but Troye confirmed that he was actually hit.