Troye Sivan helped a fan come out to her mother. (Photo: Instagram)

Troye Sivan recently helped a young girl come out as bisexual during one of his shows – watch it all go down below!

Troye Sivan Helps a Girl Come out as Bisexual

Troye Sivan opened a note on the stage, and started to read it out. “If…” he began. However, he wasn’t sure if the person wanted the note read out loud to the audience.

After the fan said yes, Troye continued to read out the note. “If you are reading this, can you announce that Kelly is bisexual, please?”

The crowd then went wild with excitement, as Troye continued talking, “Kelly’s mom is in the crowd!”

Later in the night, Kelly was recorded running to her mother for an emotional embrace.

They hugged and cried. “I love you!”

Kelly Thanks Troye for the Support

Kelly took to Twitter to thank Troye for helping her come out. “Thank you SO much for reading the note! I love you so much.” 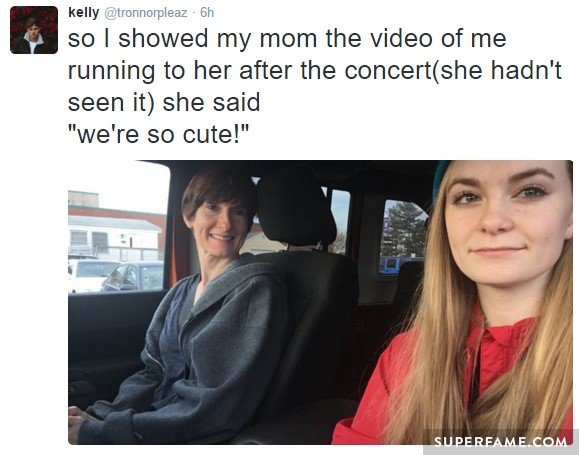 She thanked her fellow Troye fans for giving her love!