Tyler Oakley has angered the Directioners again after throwing another Twitter jab at Liam Payne.

A while ago, Tyler Oakley originally fell out with One Direction, when he accused Liam Payne of supporting homophobic Duck Dynasty “family values”.

That previous incident resulted in a dramatic war, and Directioners threatened to unfollow Tyler Oakley and/or kill him.

Now, Tyler Oakley has angered One Direction fans, yet again.

Tyler Oakley was responding to fan questions on Twitter, when he came across somebody tweeting him about Liam.

A fan tweeted, “This is so funny, he follows you but you don’t follow him.” 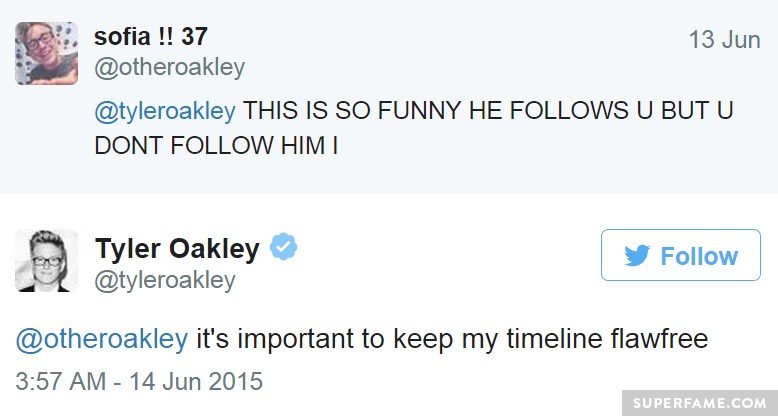 Tyler Oakley could not resist a jab at Liam Payne, and insinuated that Liam was a flaw. “It’s important to keep my timeline flaw-free.”

The #liamdefensesquad stepped in to defend the Duck Dynasty fan, and the hashtag trended worldwide.

“We’ll tear you limb by limb! I will find you, and I will KILL you!” one Liam fan tweeted.

One Direction fans threatened to destroy Tyler’s career – like The Wanted and Naughty Boy. 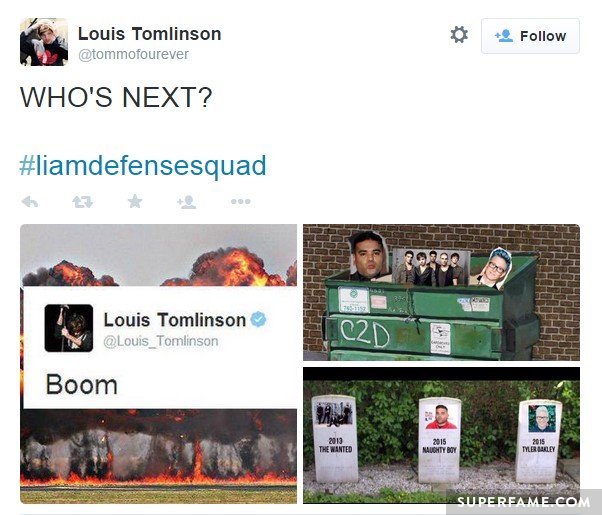 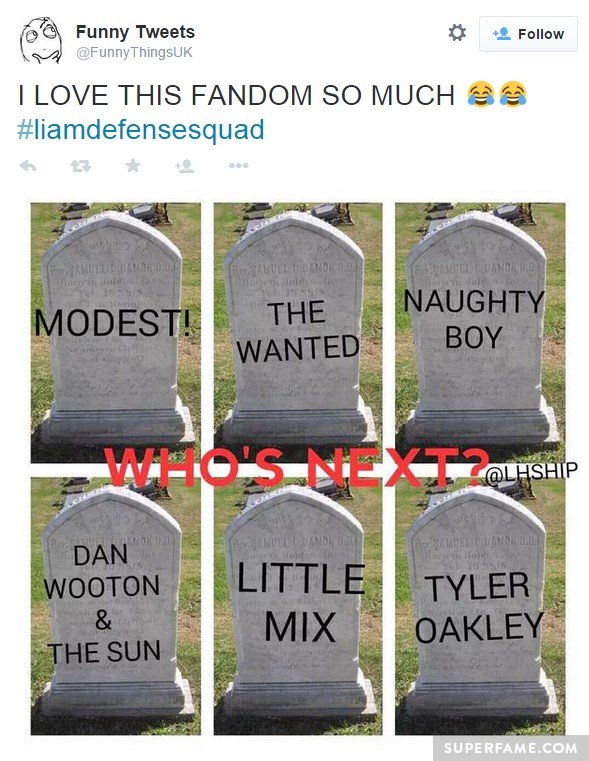