Anthony Padilla decided to quit Smosh - but why? (Photo: Instagram)

Anthony Padilla surprised his fans with the sad announcement that he has already quit Smosh.

He broke down in tears while recording a video explaining why he was leaving the 11-year-old project with his friend of 19 years, Ian Hecox!

Anthony Padilla posted a video on his personal YouTube channel revealing he already quit Smosh. “I will be leaving Smosh,” Anthony Padilla told his fans. “Or more accurately, I have already left Smosh.”

A separate video was also posted on the main Smosh channel, and featured both Ian and Anthony talking about the shock decision.

He took a few deep breaths to compose himself before continuing on. “Wow. I have been thinking about this for quite a long time.”

Anthony acknowledged that fans were probably going to be confused and upset. “I hope you understand.”

Anthony said that Smosh was a massive part of his life. He said that Smosh initially started out as a tiny website nobody visited, and eventually evolved into this iteration today.

Why Is Anthony Quitting Smosh?

Anthony wiped away his tears as he explained why he was leaving the team. “Things change!”

He said that he missed the days when Smosh was not a “brand owned by a company”, and was just him and Ian making funny videos.

He explained that he no longer felt like he had creative control when “all decisions made had to go through a filter”.

“I want to be happy again,” Anthony said. “Now, I get to do things on my own, with total creative freedom! I want to do anything I want, whenever I want.”

“This is terrifying now that I am walking away,” he said. “But I am very excited about doing things I want.”

Anthony made sure to mention that he was definitely still friendly with Ian Hecox.

“I am not walking away from him,” he said. “We are great friends. We are like two miles away and I see him all the time.”

What Will Happen With Smosh Now? Will Ian Hecox Leave Smosh?

Ian Hecox went and wrote a longer message in an Instagram caption. “I am so excited to see what he will be doing next,” Ian said. “Anthony wants to move on to his own projects.” 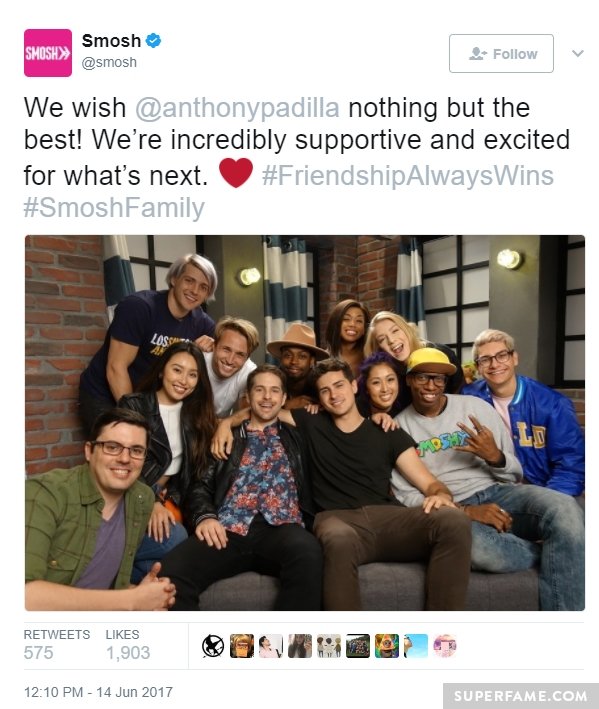 Ian also revealed that he was definitely staying on with Smosh. “I will be very committed!” he promised fans. “We will take Smosh in some new and weird directions. Hope you will join us!”