It’s a failure for #TeamInternet, as beauty guru Bethany Mota has lost Dancing With The Stars after being eliminated in fourth place – just missing the finale.

Despite her millions of followers, and help from internet-famous YouTube stars like Tyler Oakley, Connor Franta and Ricky Dillon – Bethany was not able to out-poll the slew of Z-Listers that included an ABC Family star, and the granddaughter of a controversial duck hunter.

Bethany Gets Help From YouTubers

Ricky Dillon praised “Queen” Bethany’s skills at “werking” the dance floor, while Tyler Oakley screamed and Connor Franta did a mic drop – pushing their fans to call the number to vote. 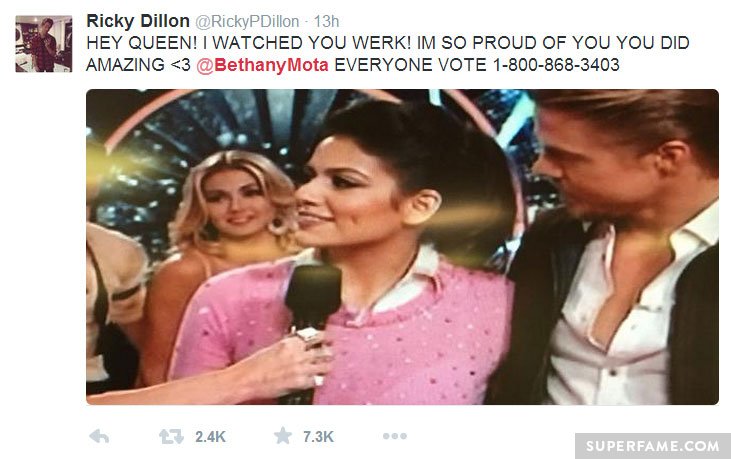 After her loss was announced, former Olympian and DWTS finalist Amy Purdy tweeted her sympathies – along with Aeropostale, who Bethany has a home furnishings and clothing line with. 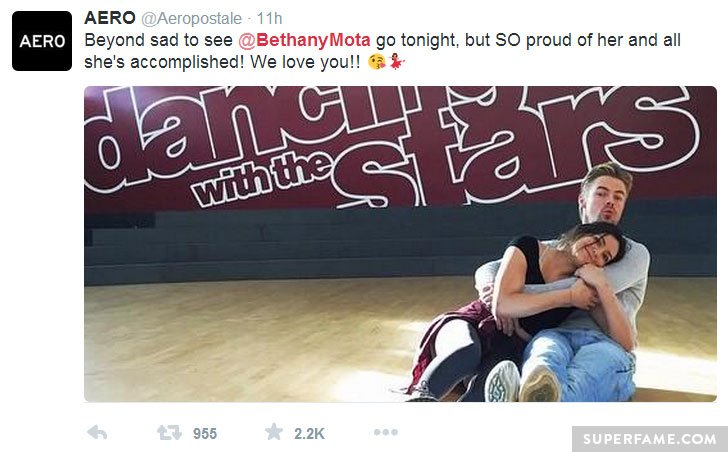 Following her humiliating defeat at the hands of Z-listers, Bethany was suspiciously absent from the internet for an entire two days.

Typically, eliminees immediately decide to thank the people that voted, and comfort their legions of sad fans. Was Bethany angry at fans for not bothering to vote?

Two days later, her first tweet back following her loss did not mention it at all – instead choosing to focus on the positive.

Did Bethany’s Fans Even Watch Dancing with the Stars?

Dancing With The Stars is a show primarily enjoyed by Southern grandmothers, according to public demographic data – with a high median age of 61.6 years-old. In fact, over half of all viewers are women over fifty.

Bethany’s fan base of primarily pre-teen and teen girls are not likely to enjoy watching the same show as their grandmothers, or care about the dated ballroom styles branded “boring” by critics.

Bethany was beaten by the controversial, 17 year-old Sadie Robertson, grand daughter of Phil Robertson, the racist, sexist and homophobic star of Duck Dynasty – known for shocking outbursts in the name of Christianity.

Janel Parrish, who plays the devious Mona Vanderwaal on ABC Family’s Pretty Little Liars, strategically played the sympathy card in a bid to get to the final.

Lastly, Alfonso Ribeiro, best known for “The Carlton” dance and “The French Prince of Bel-Air, is the favorite to take home the Mirror Ball Trophy.

Did Bethany Mota deserve to go? Comment and tell us!