Fans immediately recognized that Shane took “inspiration” from the style of Willam Belli, who also hosts a similar show on his channel, called “Beatdown” – a show Shane has also admitted loving.

Willam posted a comment on Shane’s video, telling him that the video gives him “Gayja Vu”.

Willam also tweeted that the video was giving him “Gayja Vu”, hashtags his series #Beatdown, and tells Shane to get a ringlight. 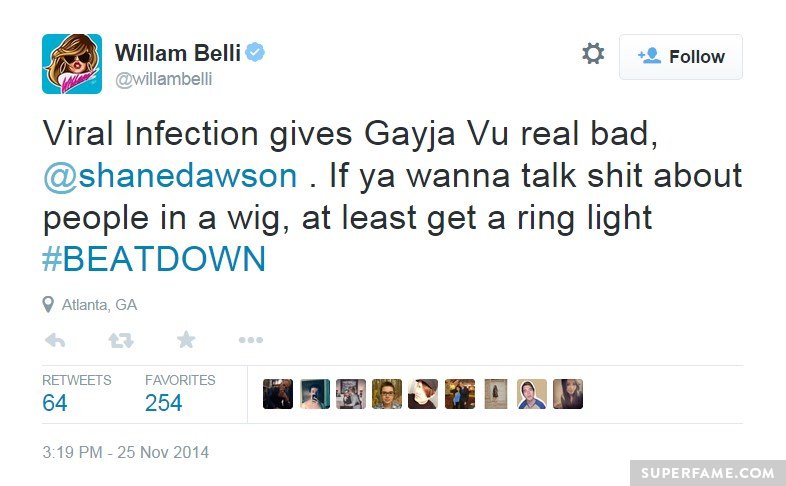 Shane tries to diffuse the situation, with a friendly, complimentary tweet topped off with a heart emoji. “I’ll never look as good as you, even with all the ring lights.” 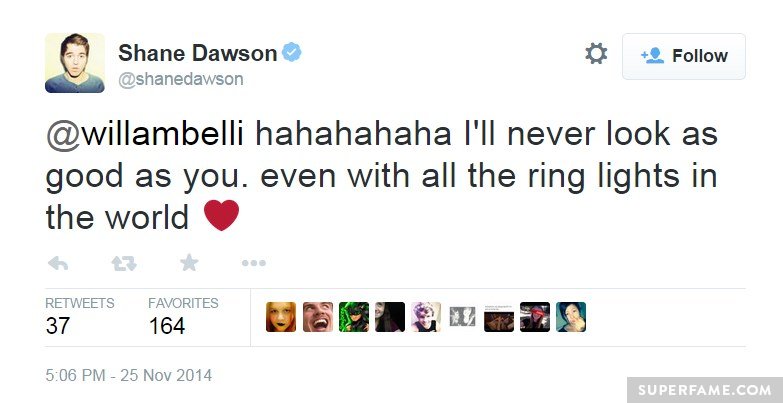 It seemed to have worked, as Willam replies that he’d like to be in Shane’s podcast in December. 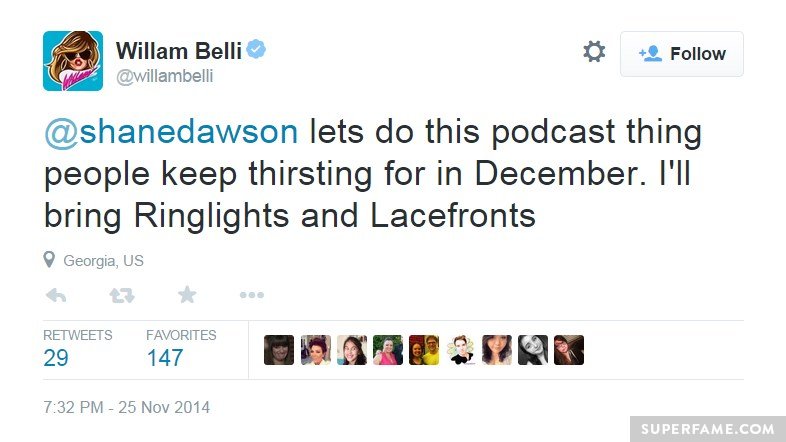 Shane is excited by the prospect.

Jessie Buttafuoco, who is a friend of girlfriend Lisa Schwartz and current “Shane and Friends” podcast co-host – was understandably excited.

Then, for some reason, Mean Girls star Daniel Franzese inserts himself into the conversation. 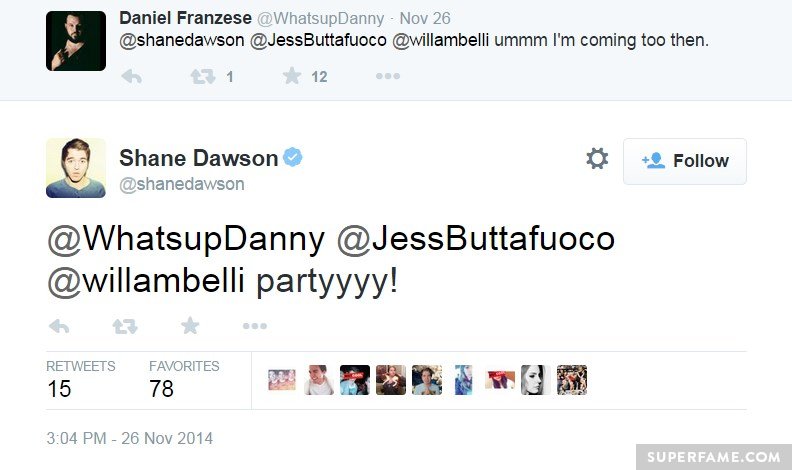 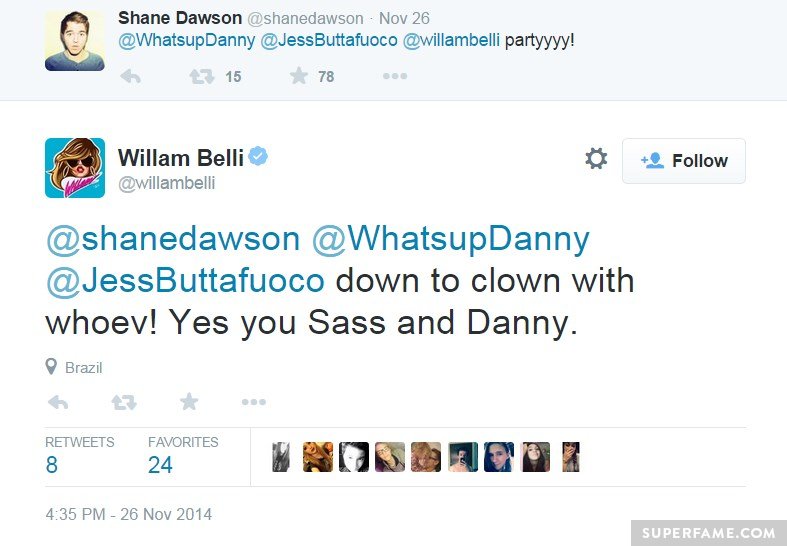