While Ferguson, the United States and the world was set ablaze with news of policeman Darren Wilson’s lack of indictment – YouTubers were mostly furious, with nobody daring to praise the lack of a trial. 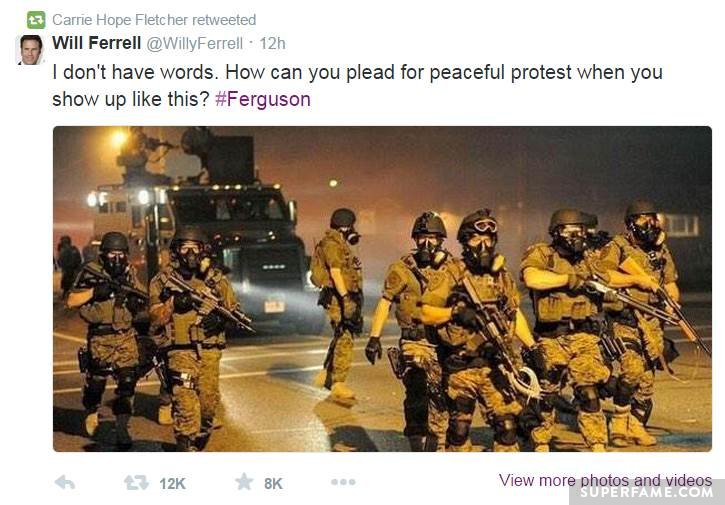 Franchesca Ramsay (Chescaleigh), was especially incensed over the decision, and launched a tirade of tweets. “No justice,” she writes, while naming everyone from Mike Brown, to Trayvon Martin.

She calls for body cameras to be placed on all cops.

Jeana, of PrankVSPrank, shared a photo of peaceful protests in Philadelphia as she also called for peace. 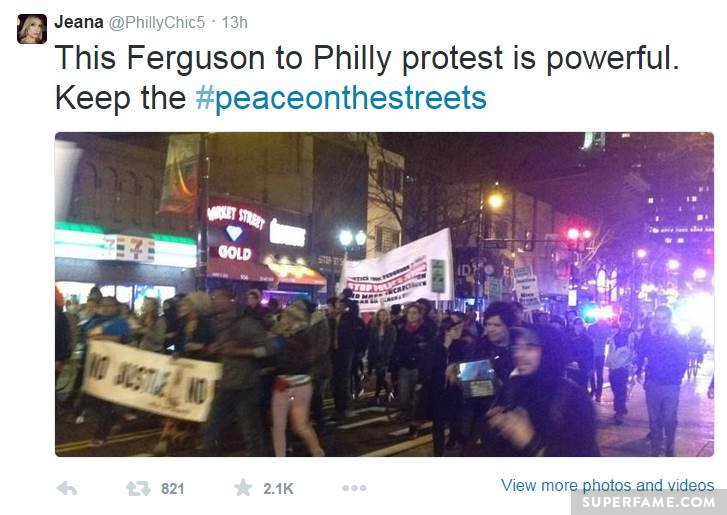 Hannah Hart was also following the proceedings, and branded the verdict a “sad and sick moment” in the history of America.

John Green, on the other hand, was barraged by upset fans for not giving his opinion on Ferguson – and decided to passive-aggressively re-tweet a message about silence during news events instead.

Laci Green was also highly emotional, as she made a checklist of actions to take to make sure another “Ferguson” never happens again. She also calls for body cameras on police officers like Chescaleigh. 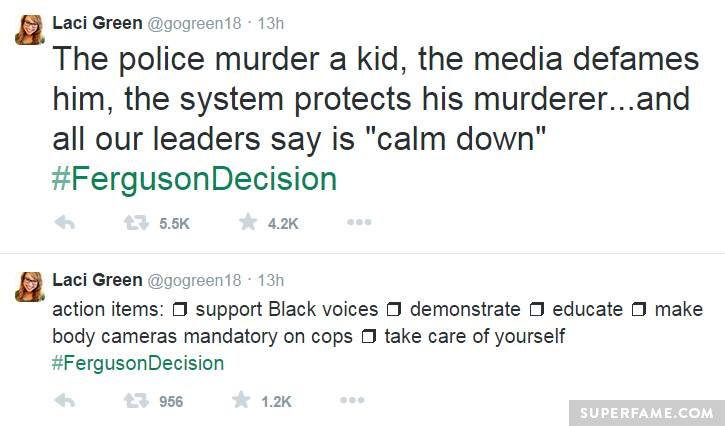 Neil McNeil was having an especially bad day, as he was barraged by nasty hate tweets, death threats, and offensive anti-gay slurs from “Midwestern” football fans – after expressing disgust at the Ferguson verdict.

He even calls out his followers, and threatens to block them if they are celebrating Darren Wilson being a “free man”. 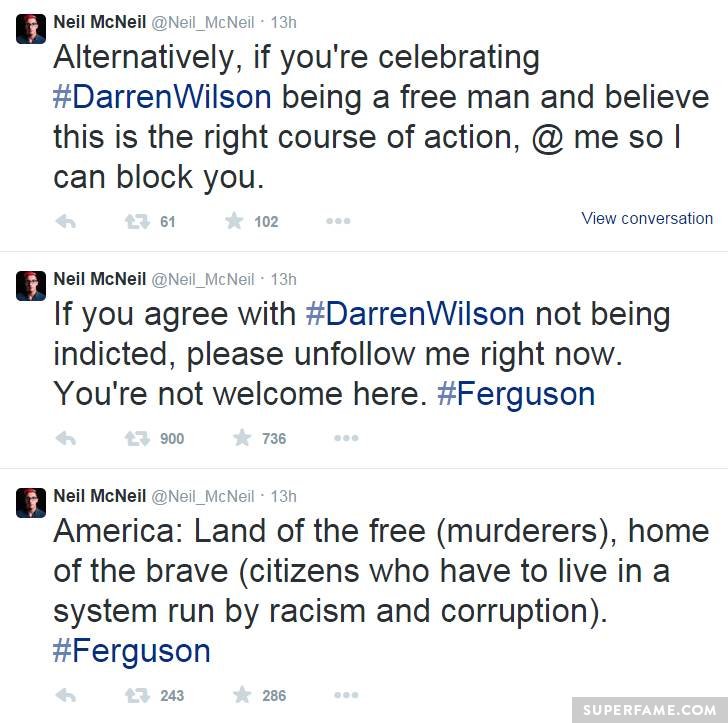 But most daringly, Neil calls out fellow YouTubers, who were having follow, DM and tweet sprees with zero mention of the Ferguson verdict.

Will and RJ of shep689 weren’t happy about the decision, either.

Tyler Oakley, despite his past of racial controversies, decided to take a stand against the “murder” that “didn’t go to trial”. “Black lives matter,” he says. “We have much to fix in this country.”

Are you celebrating Darren Wilson’s non-indictment, or upset about it? Comment below!