Gigi Gorgeous is one of many YouTubers who support Bruce. (Photo: YouTube / ABC)

Over 16.86 million people in the United States watched the two-hour ABC special where Bruce Jenner revealed, “I am a woman.”

The Olympic gold medalist discussed struggling with gender dysphoria, and how it still impacts familial and social relationships, in the two-hour special on ABC.

The special notched a record-breaking rating of 5.2 in Adults 18-49, and 16.86 million total viewers – a miraculous feat for a typically low-rated Friday night.

Gigi Gorgeous held back tears as she watched the Bruce Jenner special.

“I can relate to that so much. I’ve been through it. It just really, really touched me very deeply. To go on this stand for the whole world to be laughing at, pointing fingers at – amazing. Bruce, I want to give you a big hug,” Gigi said.

Wendy Williams recently called Bruce Jenner a “fame w****” that “should have thought about transitioning before having all the kids”. “Shame on you,” Wendy said on her show.

This outraged Andrea Russett, who tweeted, “Your very blatant disrespect, ignorance and insensitivity about Bruce is beyond disgusting & disappointing. No longer a viewer.” 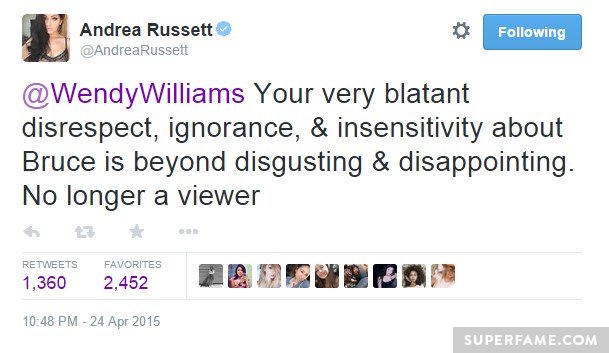 Troye Sivan was on the verge of tears. “What a huge day for Bruce Jenner, the trans* community,” he tweeted. 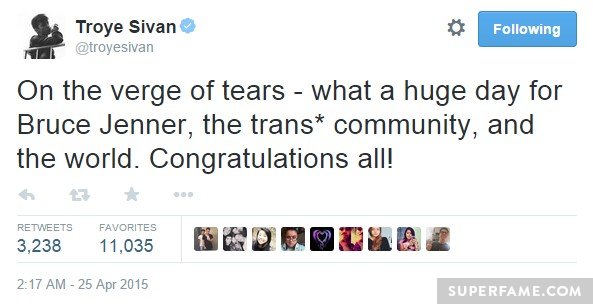 Shane Dawson, who once described himself in a podcast as “obsessed with transgender people” and said he “always watches videos of surgery on YouTube” – was moved. “OMG, when Bruce showed Diane the dress he wants to wear I lost it.” 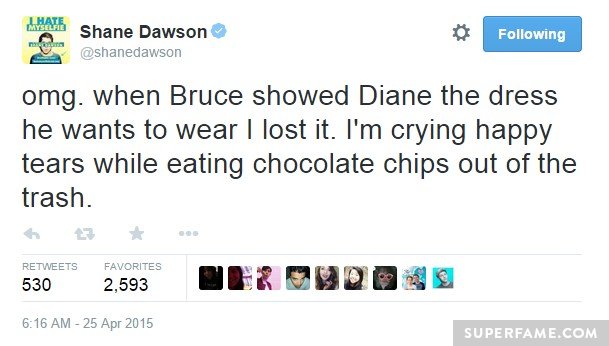 Queen of YouTube Jenna Marbles proclaimed her love for the “new internet queen”. 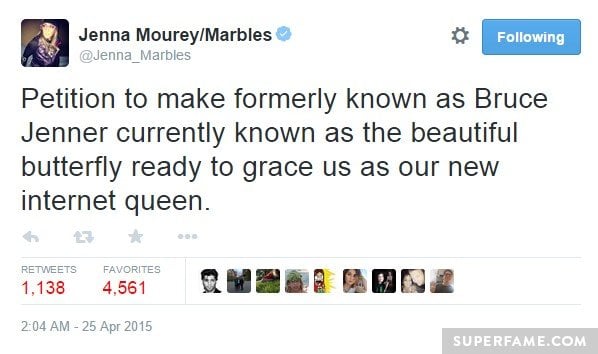 Zoella tweeted, “This will open minds and help so many. ” 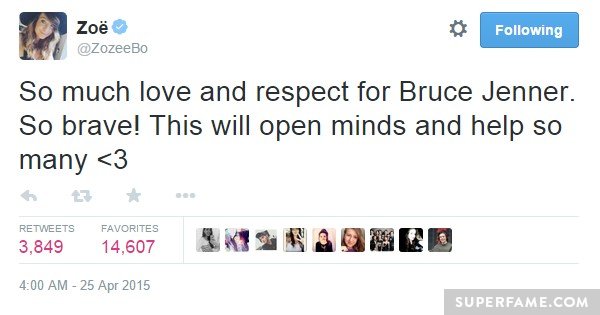 Trisha Paytas said, “I never cared about anything the Kardashians really do, but Bruce’s interview last night was so f****** great!” 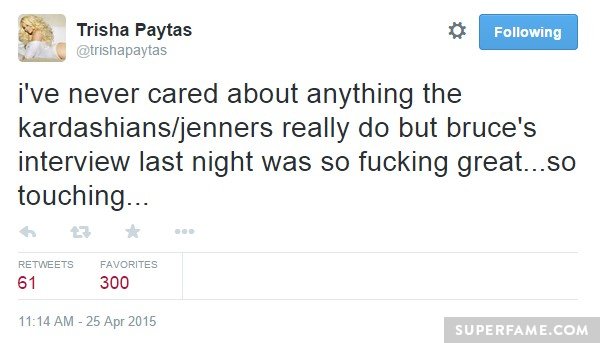 Tanya Burr sent love to Bruce. “I hope his bravery inspires others who are struggling in silence.” 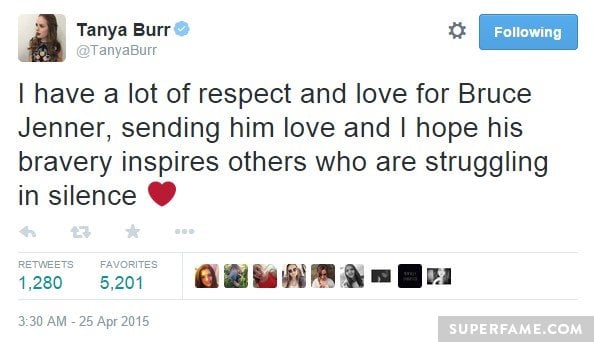 Scott Hoying was “incredibly proud and happy” for Bruce.

Jonah Green was so excited that he made a b****** joke about Bruce Jenner’s name. #WeLoveBJs. 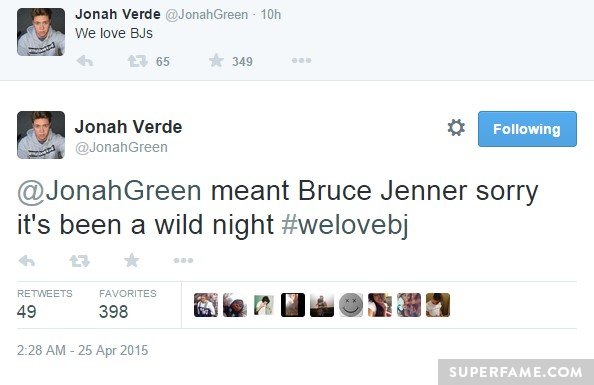 Colleen Ballinger was one of the many YouTubers who begged their fans for interview links. 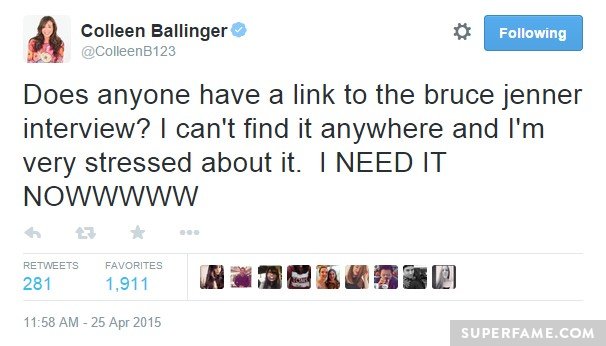 Lohanthony questioned the rumored “Belinda” name and said, “I’m proud of ya.” 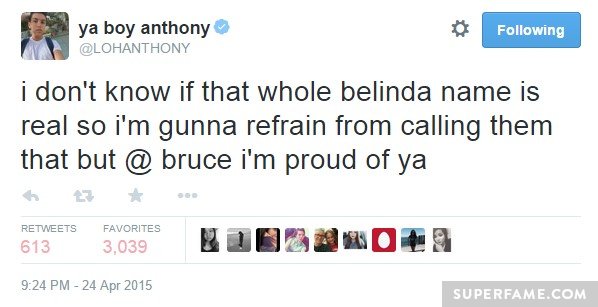 Gabriella Rose said, “I just hope Bruce is happy and people learn to accept and be kind to people.”

Controversial Onision told Bruce’s haters to “deal with it”.

Jenn McAllister said, “Such an important day in history…proud to be a part of this accepting generation.” 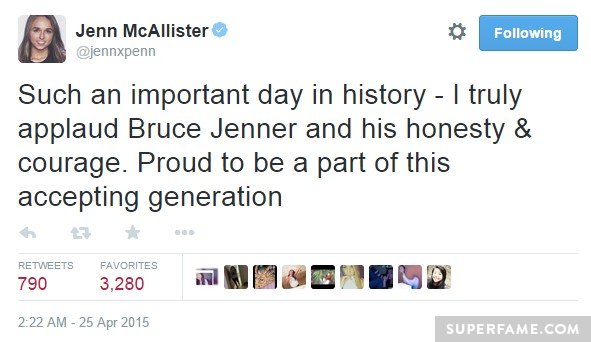 Aaron Rhodes, who came out recently, tweeted, “Live your truth.” 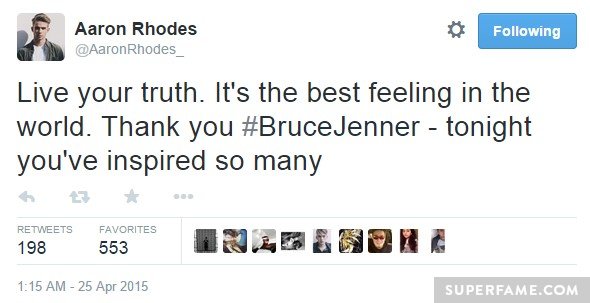 So many others supported Bruce that we can’t fit them all on his page.

Are You Depressed, in Crisis or Experiencing Similar Issues?

You don’t have to go about it alone. If you are located in the United States, call the Trevor Lifeline at 866-488-7386, or The Trevor Project’s online chat service at Trevor Chat.

If you are located elsewhere, Google can auto-detect detect your location to help you find resources.