Zoe Sugg was forced to delete and re-upload a vlog after she noticed that her home address was clearly visible in a shot.

Update: Zoella’s £1,000,000 home has been offically exposed by the Daily Mail, much to the consternation of fans

Zoella’s address was visible on a letter she received. We’re not going to post it – but it’s flying around social media.

Fans were very defensive of Zoella’s privacy, and demanded that everyone keep Zoe’s address a secret. But it was too late.

Both Zoella and Alfie have criticized fans who have hunted them down and expected a selfie at their house. She joked that she would “electrify” the doorbell to deter fans. 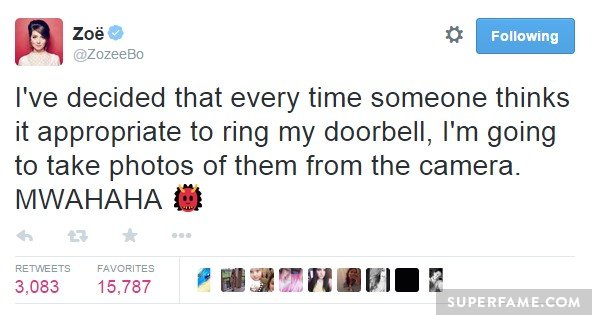 Despite this slipup, Zoella revealed that her address has already been known for months.

In an interview with The Telegraph, Zoella details how some devious fans have actually found out her home address.

Zoella, Who Suffers From Panic Attacks, Lives in Constant Terror

She proceeds to describe her abject terror when fans decide to sit outside for hours – just shouting at her.

These fans don’t stop there – some even ring her doorbell. 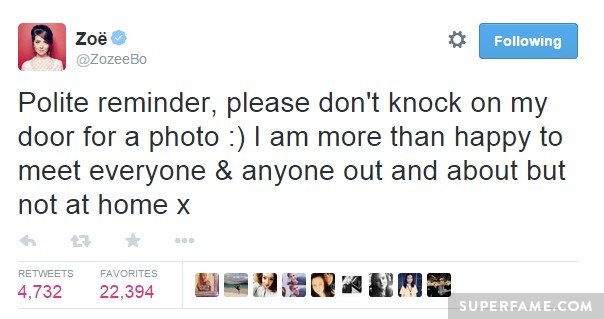 As the self-appointed YouTube spokesperson for anxiety and panic attacks, Zoella feels this is over the line.

He says, “Fans [of Youtubers] feel like they are allowed to be far more intrusive [compared to a pop singer like Katy Perry], because viewers see them more as mates.”

While he says this is what actually makes the YouTuber-viewer relationship special, it’s strange to the talents like Zoella, who do not actually believe they are any more famous or better than the viewers. (Although some fans might disagree on this point.)