If you recall, Shane beat Anna on the movie-making reality competition The Chair with his controversial movie Not Cool, and won $250,000.

Anna has now joined the ranks of Taylor Swift, Zachary Quinto and Franchesca Ramsey as people Shane Dawson “hates”. Producers must be furious that they didn’t capture this drama on camera.

Anna Praises Shane for Coming out as Bisexual, Which Somehow Escalates Into a War With the SD Army

She went on a very revealing multi-day tweeting spree, in which she replied to all kinds of tweets.

She revealed that one of the reasons why she’s bitter about Shane’s win, is his use of rape jokes. She accused The Chair of being “rigged”, a common complaint of ex reality stars.

She also revealed that she is “disgusted” by Shane Dawson’s controversial internet persona.

She retweeted and replied to hundreds of angry tweets from fans.

She decided to reveal some secrets about Shane.

“I could have sworn I saw Shane in the midst of being in love with a man…I didn’t judge…it looked incredibly sweet and tender.”

When fans brought up the fact that Shane had a girlfriend during filming (Lisa Schwartz), who was even featured on the show – Anna claimed she never knew.

She also apologized to Drew Monson, who was caught up, after fans thought she was talking about him. Anna confirmed that she wasn’t.

She also said she privately apologized to Shane via text.

She repeatedly criticized Shane’s internet persona and his creative output, for being a bad influence on children.

She posted some photos of Shane Dawson in blackface, including one from our article. 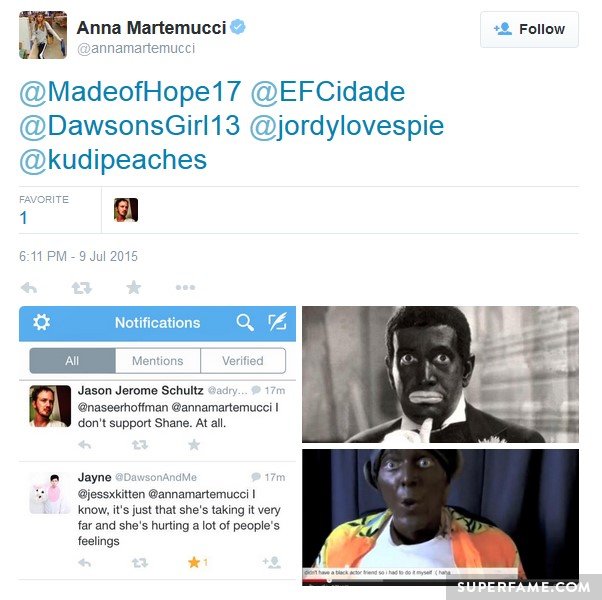 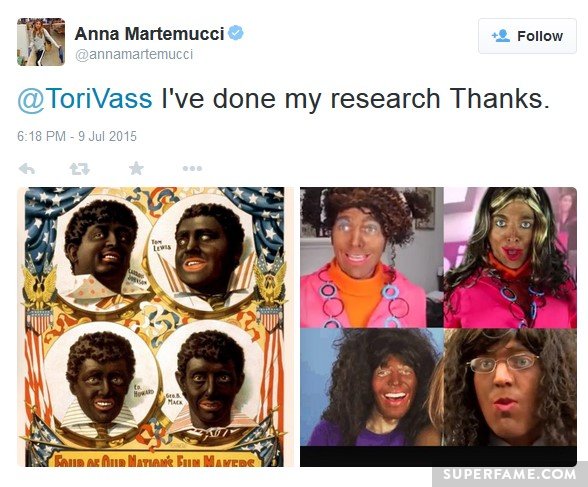 Anna wishes Shane would just be booted off YouTube like Sam Pepper. (Note: Sam is still making videos and they’re more popular than ever.)

Trisha Paytas could no longer hold back, and defended Shane on Twitter. She later deleted the tweets, because she “didn’t want Anna to get any more attention”.

Trisha compared Anna to Hitler, and urged her to get professional help.

Anna fired back, mocking Trisha’s voice and criticizing her work.

Anna also claimed that Shane Dawson texted her to call her insane.