Cameron Dallas has claimed that fellow 26MGMT star, and close friend Carter Reynolds is being “used” by on-and-off girlfriend Maggie Lindemann for fame.

Although he did not explicitly name any names, fans were one hundred percent confident that he was referring to Carter and Maggie’s relationship.

This was later confirmed when Maggie went on the attack and called out Cameron for being “talentless”.

It all began when Carter posted a cryptic tweet complaining that people were trying to tell him what to do. “I’ll do what I want,” he says. “Whenever I want. It’s my life.” 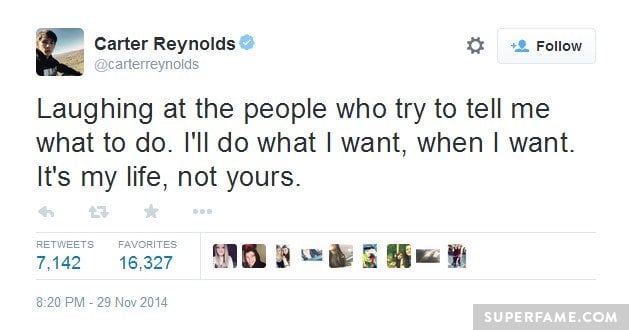 The next day, Cameron Dallas replied to Carter’s tweet, which seemed to shed more light on the situation.

“What if they do not want to see you mess it up,” he asks. “They will know you will regret it.” 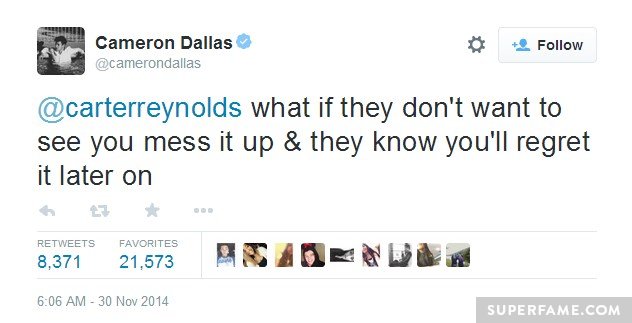 Later in the evening, Cameron then sends out a tweet suggesting that he has seen somebody “getting used”, and expressed his exasperation that they are fine with it.

At this point, fans were quite certain that this riff involved Carter’s controversial beau Maggie Lindemann.

Why Do Some Fans Accuse Maggie Lindemann of Using Carter for Fame?

Maggie is often seen by fans, and seemingly, by Cameron – as an opportunist using Carter for fame and attention.

Before hooking up with Carter, she expressed interest in all of the boys. The only guy she did not express any interest in was Carter Reynolds. 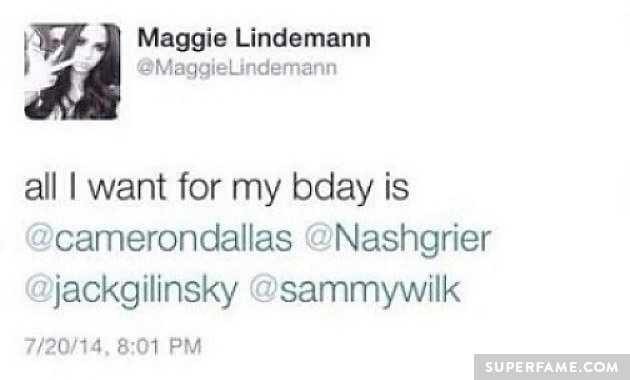 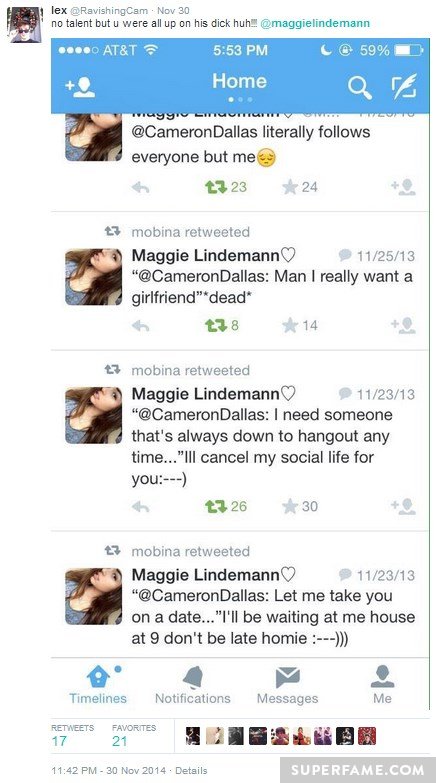 This never won her many fans. 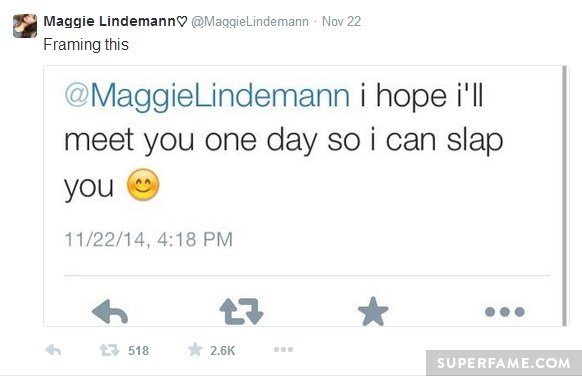 Is Maggie using Carter to become famous? Comment below!